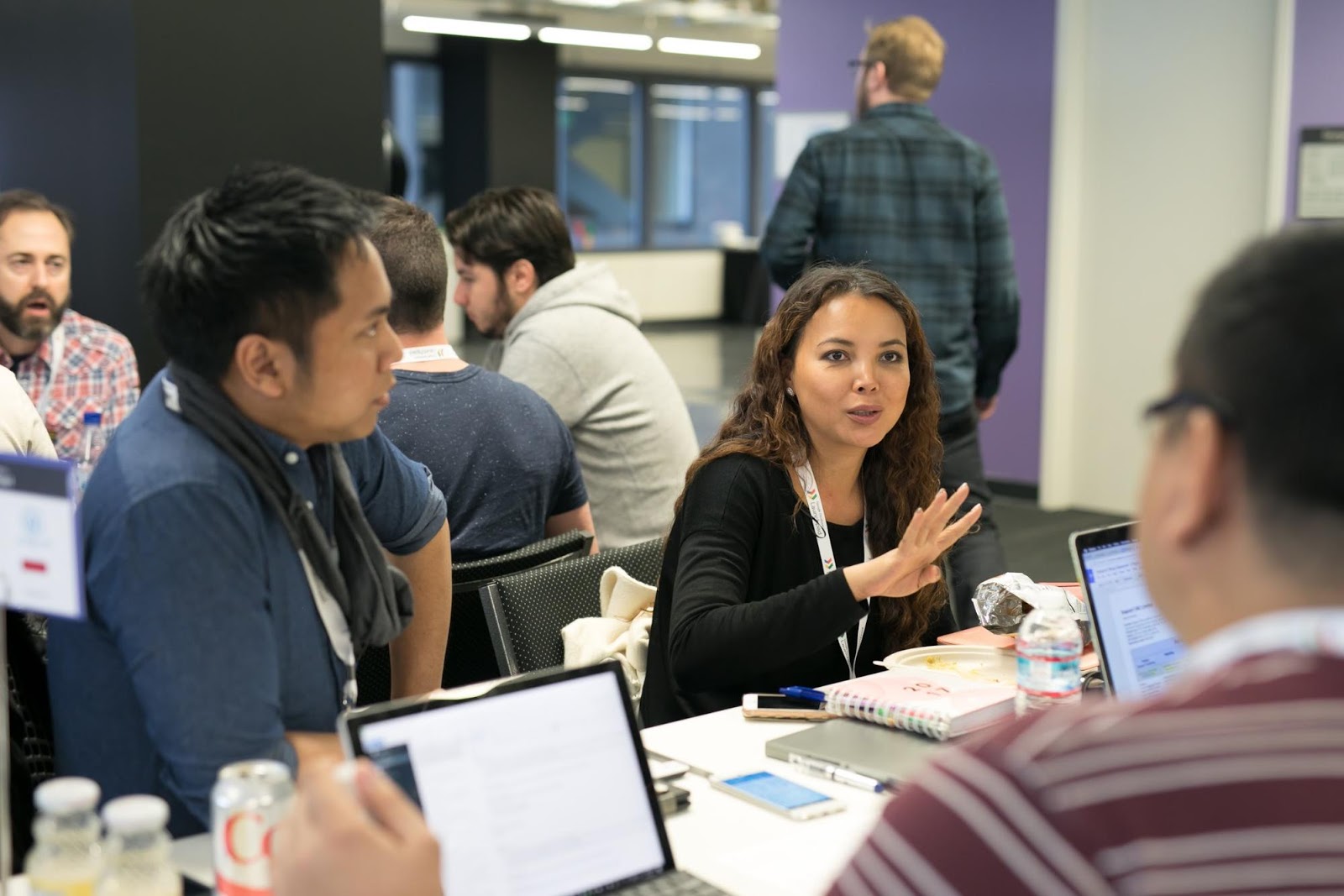 For the past six years, Launchpad has connected startups from around the world with the best of Google - its people, network, methodologies, and technologies. We have worked with market leaders in over 40 countries across 6 regional programs (San Francisco, Brazil, Africa, Israel, India, and Tokyo). Launchpad also includes a new program in Mexico announced earlier this year, along with our Indie Games Accelerator and Google.org AI for Social Good Accelerator programs.


We are pleased to announce that the next cohort of startups has been selected for our upcoming programs in Africa, Brazil, and India. We reviewed over 1,000 applications for these programs, and were thoroughly impressed with the quality of startups that indicated their interest. The startups chosen represent those using technology to create a positive impact on key industries in their region and we look forward to supporting them and connecting them with startup ecosystems around the world.

In Africa, we have selected 12 startups from 6 African countries for our 3rd class in this region:


In India, for our 2nd class, we are focused on seed to growth-stage startups that operate across a number of sectors using ML and AI to solve for India-specific problems:

In Brazil, we have chosen startups that are applying ML in interesting ways and are solving for local challenges.

Applications are still open for Launchpad Accelerator Mexico - if you are a LATAM-based startup using technology to solve big challenges for that region, please apply to the program here

As with all of our previous regional classes, these startups will benefit from customized programs, access to partners and mentors on the ground, and Google's support and dedication to their success.

Stay updated on developments and future opportunities by subscribing to the Google Developers newsletter, as well as The Launchpad Blog.

With the Rio Summer Olympic Games just around the corner, we thought we’d look at an uncommon, yet exceptional, group of business owners for our answer: Olympian small business owners. As it turns out, many of them start a second career by running a business of their own bringing the same spirit of passion, perseverance, and ingenuity from their athletic careers.

Passion
Judy Geer and Dick Dreissigacker – two USA Olympic rowers from the 70s and 80s – came to Vermont because it allowed them to combine their passion for active living and the natural environment into what is now known as the Craftsbury Outdoor Center. As Judy puts it, “It’s great that we help train Olympic athletes at our center, but it’s bigger than that. For me, it’s all about helping more people have great experiences, whether they’re getting exercise or just enjoying our surroundings.” Despite its remote location, Judy’s deep commitment to sustainability and lifelong sports practice keeps both local residents and aspiring athletes from across the country coming back. Customers can tell when business owners get out of bed in the morning because they love what they do. 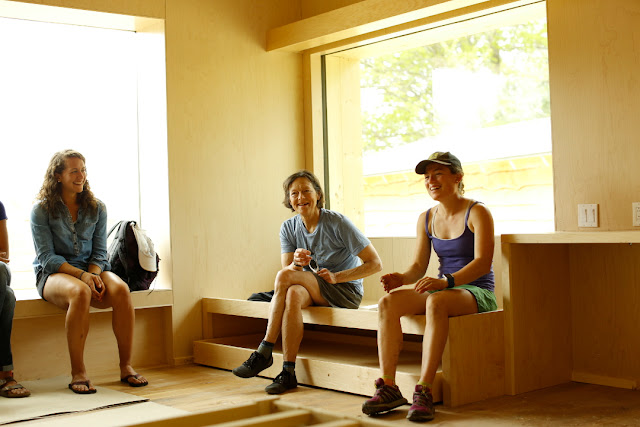 Perseverance
Setbacks are common parts of the journey for any athlete or small business owner. The important thing isn’t the number of obstacles you avoid, it’s the way you bounce back from the ones you can’t miss. When four-time kayaking world champion Eric ‘EJ’ Jackson found his kayak designs rejected by manufacturers across the country, he didn’t give up – and his motto is “no compromising,” so buckling to tradition wasn’t an option. Instead, EJ’s relentless drive to create on his own terms resulted in Jackson Kayak, now a leading manufacturer within the industry. Jackson Kayak now sells products online and through dealers across the country.

Ingenuity
Since the beginning, four-time track and field Olympian and world record holder Michael Johnson has experimented with new ways to tell the story of his performance training center, Michael Johnson Performance. Because he wanted to attract local customers, moving some of his advertising budget online made sense so he could reach them with geo-targeted ads.

With more potential customers finding him on mobile, Michael Johnson also drove growth for his business with mobile ads. “Two-thirds of our customers find us through mobile,” says Johnson. “With Google AdWords, we can see exactly who we’re reaching and that’s invaluable to us.” Making connections with new customers is key to growing any business, and a willingness to experiment with new ways of reaching those customers is a vital part of any business owner. 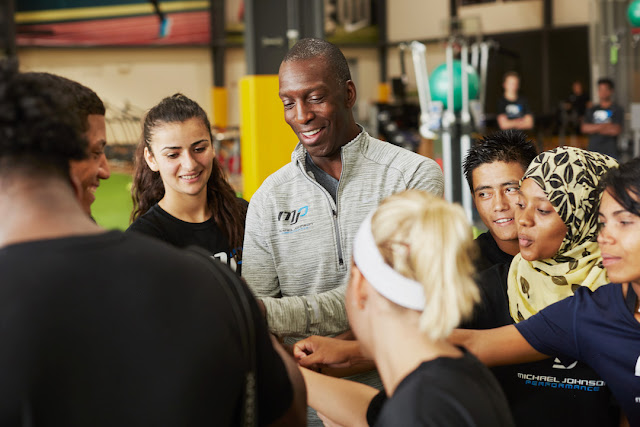 Learn how all kinds of small business owners – mom and pops to all-star Olympians – are using Google AdWords to grow their businesses by visiting g.co/AdWordsGoForGold.

There’s lots of opportunity to expand your app outside of your home country. This is part two of our series exploring markets around the world, providing quick tips on how you can grow your business.

The Americas is a massive market for your app with nearly one billion people across major cities including New York, Los Angeles, Mexico City, São Paulo and Buenos Aires. 1 The small number of languages spoken by the majority of the population - English, Spanish, and Portuguese - can help you scale fast. Check out these app monetization tips in the region’s two largest countries; Brazil and the US.

When expanding to Brazil, consider displaying video ads in your app. It’s becoming an increasingly popular media type across the country. Last year, online video views nearly doubled, rising from 17.5% to 30.6%. 2 Additionally, the number of mobile video impressions grew 529.8% in the 2nd quarter of 2015 from the year before. 3

Also, keep in mind that Brazilian Portuguese is significantly different from European Portuguese. It’s important to identify which region you are targeting when consulting with your translation service.

You may be more successful if you offer a free version of your app when expanding to the US, rather than a paid version. According to App Annie, all of 2015’s top 10 grossing app companies in the US offered free apps. 4 54% of US app users said that they only download free apps, and only 7% of users “commonly” spend on apps that cost $6.99 or more. Additionally, 76% of US users said cost as a ‘very important’ factor in deciding between several apps of the same type. 5

If you enjoyed these tips, check out these case studies featuring how developers have succeeded in the US, Brazil and Argentina.

If you’re not already an AdMob user, consider using AdMob to help maximize ad revenue and monetize globally. Also, stay connected on all things AdMob by following our Twitter, LinkedIn and Google+ pages.