To help Google Apps admins monitor and analyze their organizations’ Google Drive content, we offer audit logs in the Reports > Audit > Drive section of the Admin console, as well as via the Reports API. Today’s launch brings the following improvements to that reporting, making it even more useful for you: 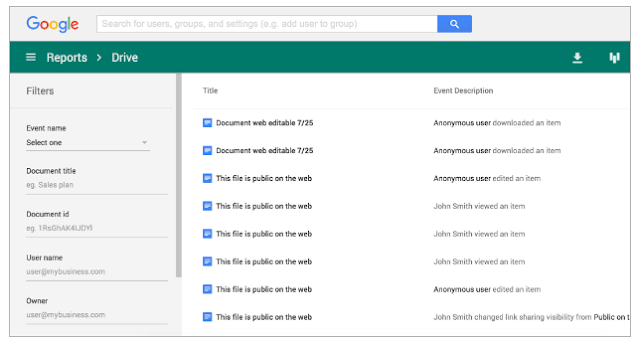 Please note that the features above are only available to customers with Google Apps Unlimited and Google Apps for Education.