Editor's note: Today we hear from Koen Bosmans, Senior Systems Administrator at Melexis, a microelectronics supplier based in Tessenderlo, Belgium. One of the world’s top producers of sensors and microchips for the automotive industry, Melexis is expanding into new industries, with great success. Spread across 11 offices in nine countries, read how this truly global company uses Google Apps for Work to build its international team.

There’s a good chance you’ve used one of our products without realising it. The sophisticated microchips we make are in everything from children’s ear thermometers, to airbags, to smartphones, to drones. And as the demand for microelectronics has grown, so has our business: Melexis shares are worth 20 times more now than when I started working here in 1999, and today we employ 1,200 staff worldwide in Belgium, Bulgaria, France, Germany, Switzerland, China, Malaysia, the Ukraine and the US. As early as 2010, we could see that this rapid expansion might lead to “silo thinking” that prevents outstanding engineers in different countries from working together effectively in a global team. That’s why Melexis management asked me to research alternatives to the open-source software we were using.

I ranked five IT solutions on 25 criteria — including web accessibility, document sharing and OS compatibility — and Google Apps for Work came out on top. We bought 500 accounts and got ready to deploy them over 13 weeks. But after the first fortnight, I realised that Google Apps training was so straightforward I could ask a student working in my department to do it. He travelled the world for three months and trained the entire company.

Google Apps improves staff satisfaction with their work environment and rewards teamwork. In the first quarter after we switched to Gmail, the number of complaints about email dropped by 65%. No more spam or slow webmail, and Calendar has ended confusion over meeting room bookings. Expansion is much easier, too; instead of having to install servers and data lines in every new office, all we need is an internet connection. Plus, we can expand without asking engineers to relocate, since as part of a virtual team, they can talk to colleagues anywhere in the world over Hangouts while working together on a shared document in Sheets. And wherever we are, Drive saves time by letting colleagues work simultaneously on single documents — whether it’s our R&D teams collecting test data in Sheets, or the IT team preparing a presentation on Slides for our monthly meeting.

Through my experience using Google Apps within our IT team, I understand how something as simple as face-to-face contact through Hangouts can make a team so much stronger. My IT Service Desk team is made up of eight people split over six locations, and we meet every two days on Hangouts to discuss work. I noticed that seeing each other so often created a relaxed and friendly dynamic that made it easier to share advice and help each other.

At Melexis, we don’t just work hard, we play hard, too. Fun is part of our DNA, and three years ago, we invited everyone to take part in an international computer game LAN party. We’ve been doing it every year since, and it’s always a great opportunity to get to know each other across different locations. 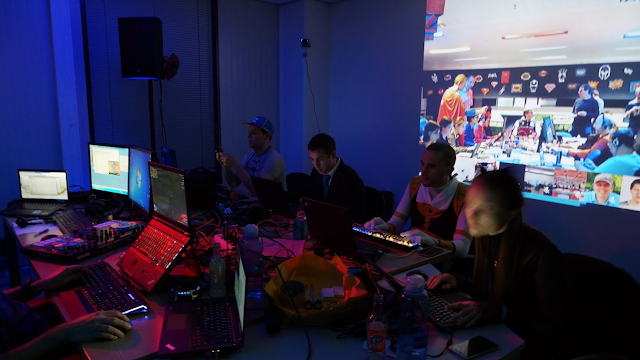 Google Apps makes these international LAN parties possible. Staff use Forms to sign up for some of the four or five games we’ll be playing in competition, and we organise times and equipment through a community on Google+. Presentations on Slides explain what we’re doing, and we use Sheets to keep score. 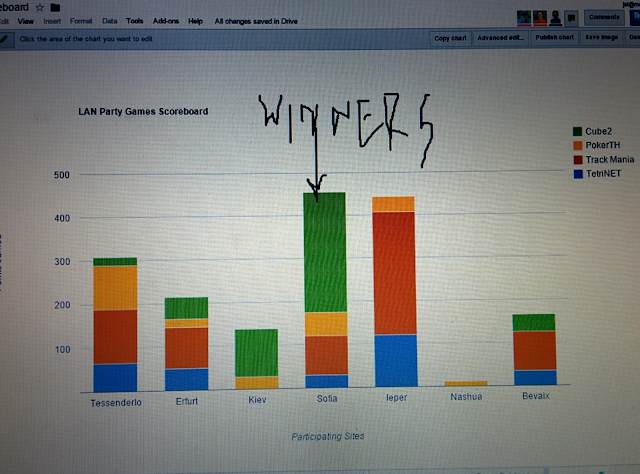 The party starts at 6pm on a Friday. In each office, staff decorate a room, put on fancy dress, and set up a Hangout between all the offices, even our senior leaders get dressed up and take part! Projection screens, microphones and speakers let the offices communicate with each other while the organisers announce gaming fixtures. Our scoreboard is in Sheets, which automatically updates its graphs with all the new information from every match. 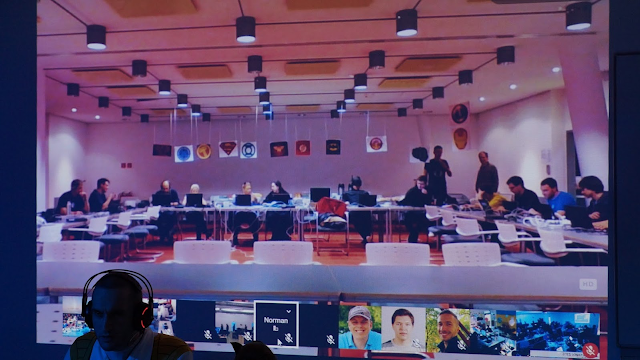 In the first year, we had 120 participants, and that number’s been going up every year since. We’ve even given out best-dressed awards for themes from Halloween to superheroes. 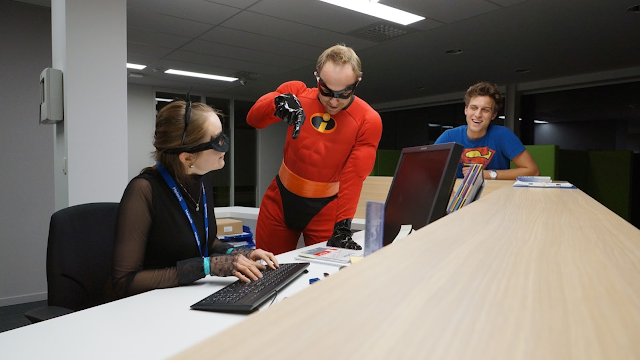 Now, when I travel between our offices in different countries, staff walk up to tell me how good the LAN parties are for the company and morale. But there’s no question that combining our talents and pulling together through technology, wherever we are, lies at the heart of our global success.