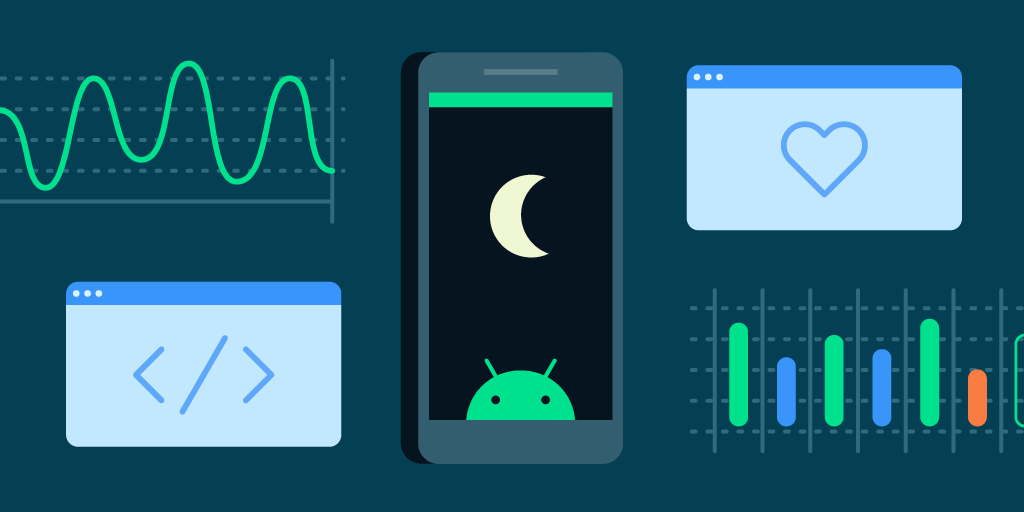 Android works best when it helps developers create apps that people love. That’s why we are dedicated to providing useful APIs like Activity Recognition which, with the user’s permission, can detect user’s activities (such as whether a user is biking or walking) to help apps provide contextually aware experiences.

So much of what we do relies on a good night's rest. Our phones have become great tools for making more informed decisions about our sleep. And by being informed about sleep habits, people can make better decisions throughout the day about sleep, which affects things like concentration and mental health.

In an effort to help our users stay informed about their sleep, we are making our Sleep API publicly available.

What is the Sleep API?

The Sleep API is an Android Activity Recognition API that surfaces information about the user’s sleep. It can be used to power features like the Bedtime mode in Clock.

This sleeping information is reported in two ways:

The API uses an on-device artificial intelligence model that uses the device’s light and motion sensors as inputs.

Why is this important for developers?

Developers spend valuable engineering time to combine sensor signals to determine when the user has started or ended activities like sleep. These detection algorithms are inconsistent between apps and when multiple apps independently and continuously check for changes in user activity, battery life suffers.

The Sleep API is a simple API that centralizes sleep detection processing in a battery-efficient manner. For this launch, we are proud to collaborate with Urbandroid, the developer of the popular alarm app, Sleep As Android 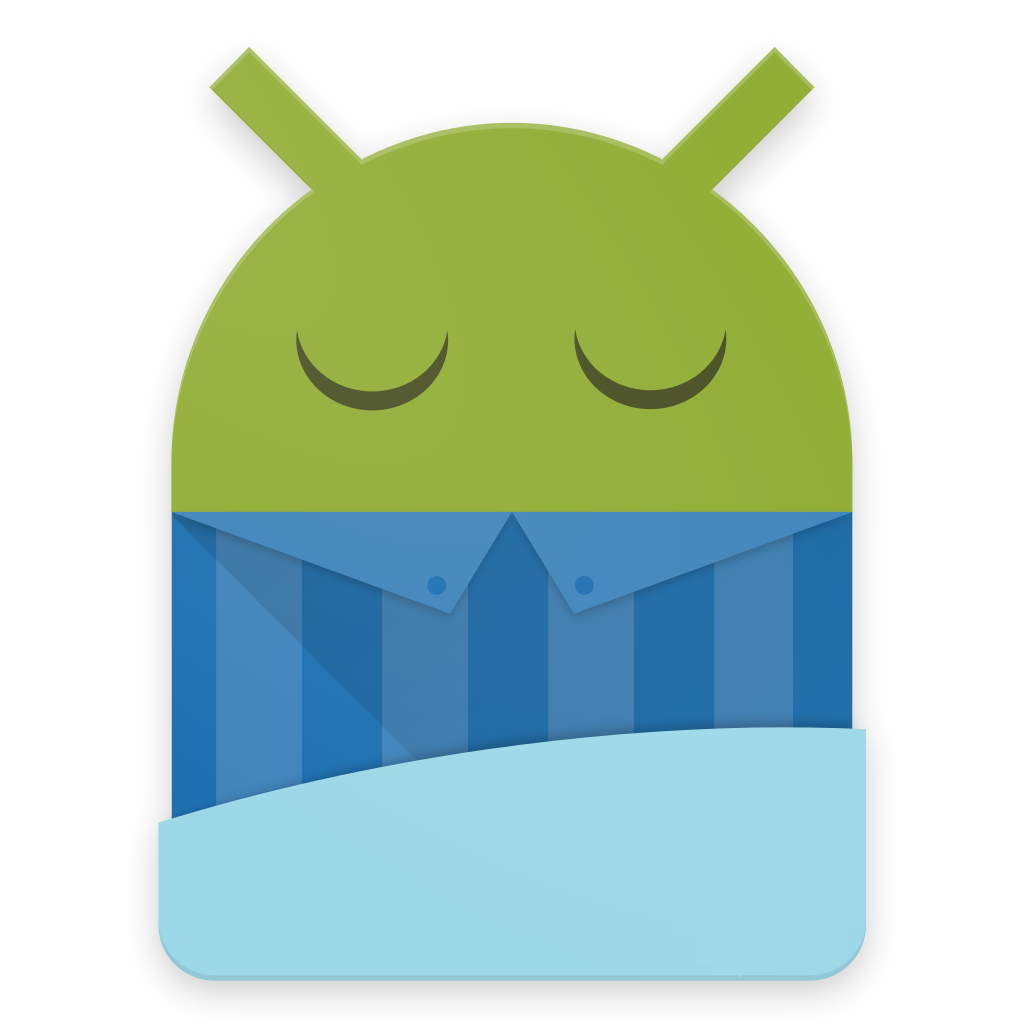 Sleep as Android is a swiss army knife for getting a better night’s rest. It tracks sleep duration, regularity, phases, snoring, and more. Sleep Duration is one of the most important parameters to watch for ensuring a good night’s rest. The new Sleep API gives us a fantastic opportunity to track it automatically in the most battery efficient way imaginable.

When can I start using this API?

The Sleep API is available for developers to use now as part of the latest version of Google Play Services.

This API is one step of our efforts to help our users get a better night's rest. We look forward to working more on this API and in this area in the future.

If you are interested in exploring or using this API, check out our API Documentation.

Phones are our most personal devices we bring with us everywhere, but until now it's been hard for apps to adjust their experience to a user's continually changing environment and activity. We've heard from developer after developer that they're spending valuable engineering time to combine various signals like location and sensor data just to determine when the user has started or ended an activity like walking or driving. Even worse, when apps are independently and continuously checking for changes in user activity, battery life suffers. That's why today, we're excited to make the Activity Recognition Transition API available to all Android developers - a simple API that does all the processing for you and just tells you what you actually care about: when a user's activity has changed.

Since November of last year, the Transition API has been working behind the scenes to power the Driving Do-Not-Disturb feature launched on the Pixel 2. While it might seem simple to turn on Do-Not-Disturb when car motion is detected by the phone's sensors, many tricky challenges arise in practice. How can you tell if stillness means the user parked their car and ended a drive or simply stopped at a traffic light and will continue on? Should you trust a spike in a non-driving activity or is it a momentary classification error? With the Transition API, all Android developers can now leverage the same sets of training data and algorithmic filtering used by Google to confidently detect these changes in user activity.

Intuit partnered with us to test the Transition API and found it an ideal solution for their QuickBooks Self-Employed app:

"QuickBooks Self-Employed helps self-employed workers maximize their deductions at tax time by importing transactions and automatically tracking car mileage. Before the Transition API, we created our own solution to track mileage that combined GPS, phone sensors, and other metadata, but due to the wide variability in Android devices, our algorithm wasn't 100% accurate and some users reported missing or incomplete trips. We were able to build a proof-of-concept using the Transition API in a matter of days and it has now replaced our existing solution, offering a more reliable solution that also reduced our battery consumption. The Transition API frees us up to focus our efforts on being the best possible tax solution," say Pranay Airan and Mithun Mahadevan from Intuit. 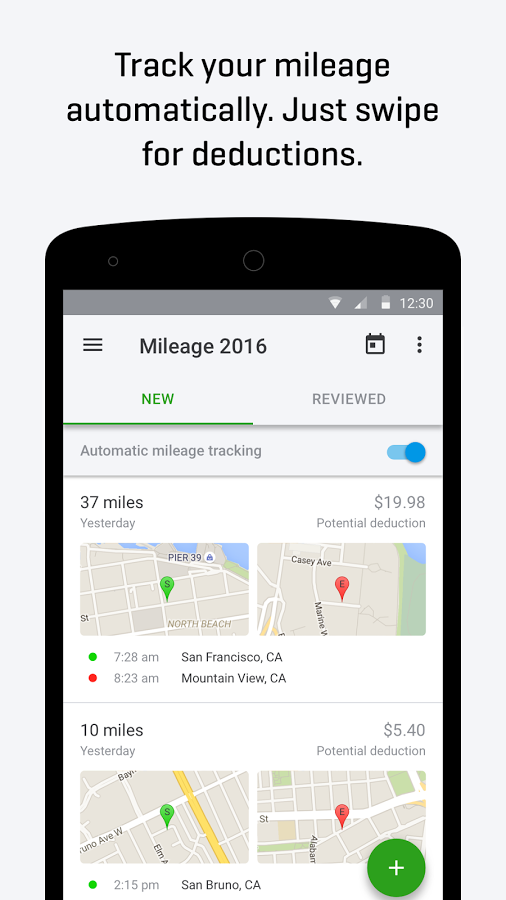 Life360 similarly implemented the Transition API in their app with significant improvements in activity detection latency and battery consumption:

"With over 10 million active families, Life360 is the world's largest mobile app for families. Our mission is to become the must-have Family Membership that gives families peace of mind anytime and anywhere. Today we do that through location sharing and 24/7 safety features like monitoring driving behavior of family members, so measuring activities accurately and with minimal battery drain is critical. To determine when a user has started or finished a drive, our app previously relied on a combination of geofences, the Fused Location Provider API and the Activity Recognition API, but there were many challenges with that approach including how to quickly detect the start of the drive without excessively draining battery and interpreting the granular and rapidly changing reading from the raw Activity Recognition API. But in testing the Transition API, we are seeing higher accuracy and reduced battery drain over our previous solution, more than meeting our needs," says Dylan Keil from Life360. 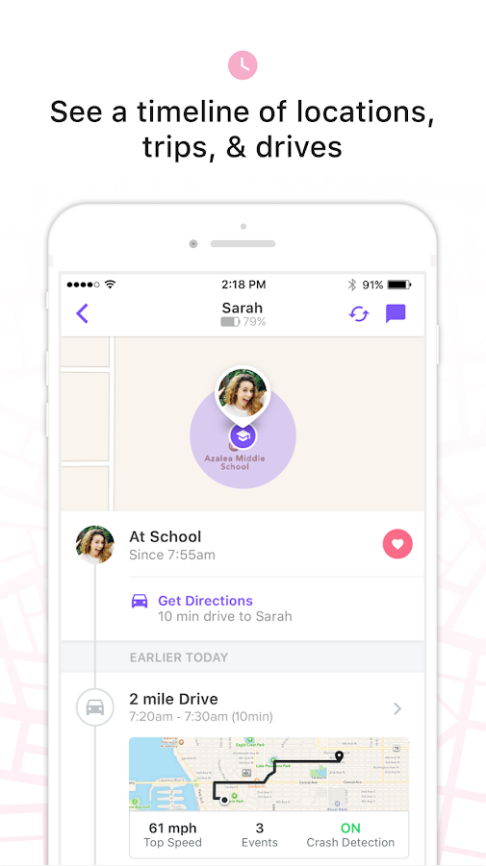 In the coming months, we will continue adding new activities to the Transition API to support even more kinds of context-aware features on Android like differentiating between road and rail vehicles. If you're ready to use the Transition API in your app, check out our API guide.

Driving is an essential part of our daily activities. So at Google we spend a lot of time thinking how we can make Android devices better and safer for our users. How we can prevent distracted driving and together build an open ecosystem to enable safety first smartphone experiences.

Recently we launched Driving Do-Not-Disturb on the newly announced Pixel 2 generation of devices. Once enabled, Driving Do-Not-Disturb automatically puts your device into a do not disturb mode while driving. During this mode any incoming messages and notifications are silenced while you can still receive incoming calls, navigation directions and voice interactions using a connected Car bluetooth. The product is designed to limit distractions during driving while at the same time not getting in the way so users can continue to use navigation or other similar apps with minimal friction.

This is a next step in our journey, but we are far from done. Early next year we are introducing the Activity Recognition Transition Api, which is the same Api used by Driving Do Not Disturb to build distraction-free driving experiences.

We appreciate the feedback, and will continue to listen to your feedback as the product evolves.

If you have questions about setting up the Driving Do-Not-Disturb, check out our Help Center.