Editor's note: Today we hear from Kenneth Karlsson, IT Manager for GANT AB, a multinational clothing company based in Sweden. From its Swedish headquarters and three overseas subsidiaries, GANT coordinates 50 suppliers with 40 franchise partners worldwide to bring its brand of wearable fashion to more than 700 stores around the globe. Read why GANT chose Google Apps for Work to bring this global network together.


When I started work here in the 1980s, GANT was far from being the major multinational brand it is today. And though we’ve always been expanding, we’ve grown at a much faster pace since 2009 – the year we upgraded our communications and transitioned to Google Apps for Work. Since then, GANT and its partners more than doubled our number of stores, opening an additional 392 new stores spread across the world. 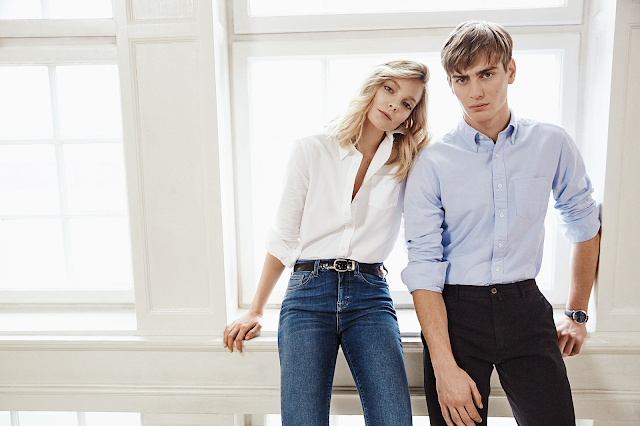 We initially switched to Google Apps to replace an email solution that was expensive, overloaded and incompatible with the range of operating systems we used. And with our subsidiaries in Sweden, the US, the UK and France effectively running as separate organisations and without essential collaborative abilities, including shared calendar access, we also had to find a way to come together if we wanted to compete globally. I was convinced that a web-based email platform would be the cost-effective, forward-thinking solution we needed. In 2009, the only major company to offer that was Google, and they’ve stayed ahead of that curve ever since.

It took our small IT team just three months to roll Google Apps for Work out across four countries. First, we ran a pilot programme in Sweden with 20 users, assisted by Avalon Solutions, the IT consultancy that enabled our switch to Google Apps. Then we deployed 400 accounts over two months by holding training sessions with small groups. People who already used web-based private email required minimal training, and because it’s a web-based system, we simply sent out log-in information instead of installing a client on every computer. Now we’re running 1,000 Google accounts and have decommissioned our expensive email server. That means we’re saving on hardware maintenance and cut out the hassle of handling spam or chasing people to free up space by deleting their emails. Factor in cheaper licenses and zero software installation costs over the past six years, and we’re saving a huge amount of money.

Google Apps for Work is uniquely suitable for doing business on a global scale. It’s not just about relying on web-based mobility to access all of our files and emails anywhere, anytime. Because Google Apps works through a browser, we no longer have compatibility problems with our 40 independent franchise partners, each of which has its own IT setup. Assigning single-sign-on accounts to those partners gives them controlled access to our intranet and Drive. Using Drive lets us centralise administration from our Stockholm office and provides a shared hub to consolidate accounting and retail information across all of our subsidiaries. We use Docs and Sheets globally to manage orders and deliveries with our 50 suppliers in China, Portugal and Spain, while local colleagues can work alongside each other on a single document to craft swift and thorough reports. And Google’s size and reputation gives us peace of mind about its security and stability that we would not get from smaller cloud systems.

By using Google Apps for Work, we enjoy constant and automatic system improvements. New functions regularly appear on Drive, so we’re always ahead of the game as the marketplace evolves. For example, in 2009, Hangouts and tablets didn’t exist. Now outside every meeting room we have an Android tablet linked to Calendar so we can see who’s booked them, while inside the rooms we have Chromebox for meetings to enable Hangout video conferencing. With another IT solution, after six years we’d already be looking for a replacement. With Google Apps for Work, we’re still ahead of the game.