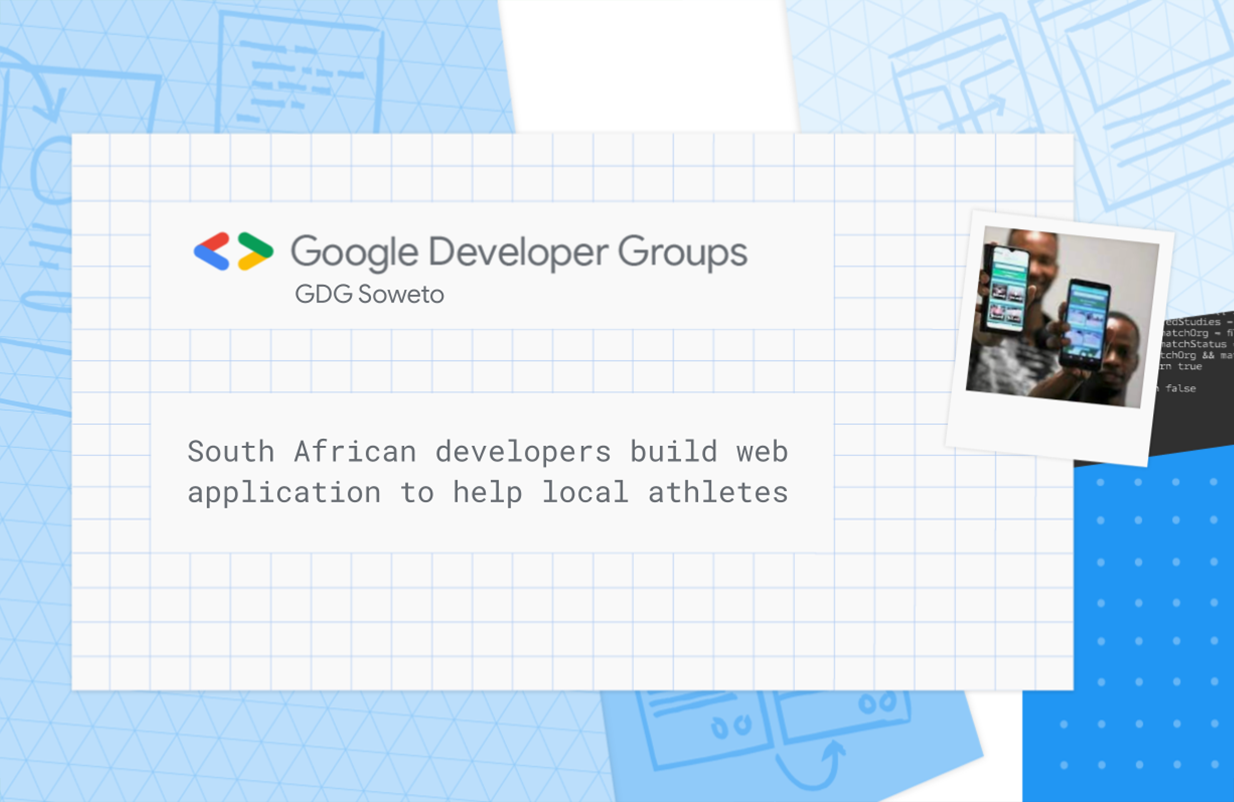 Lesego Ndlovu and Simon Mokgotlhoa have stayed friends since they were eight years old, trading GameBoy cartridges and playing soccer. They live three houses away from each other in Soweto, the biggest township in South Africa, with over one million residents. The two friends have always been fascinated by technology, and by the time the duo attended university, they wanted to start a business together that would also help their community. 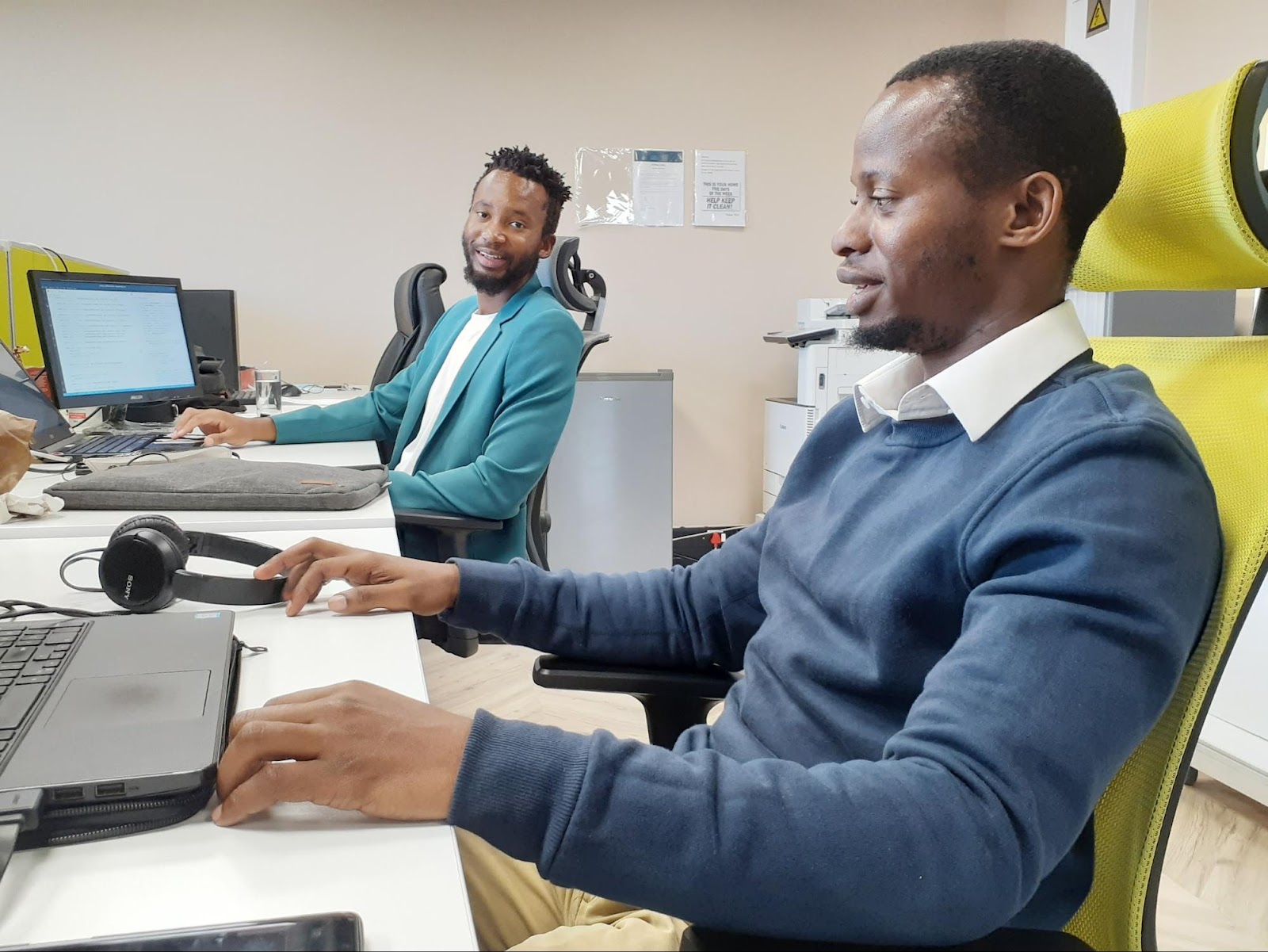 After teaching themselves to code and attending Google Developer Groups (GDG) events in Johannesburg, they built a prototype and launched a chapter of their own (GDG Soweto) to teach other new developers how to code and build technology careers.

Building an app to help their community

Lesego and Simon wanted to build an application that would help the talented soccer players in their community get discovered and recruited by professional soccer teams. To do that, they had to learn to code. 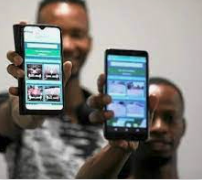 “We always played soccer, and we saw talented players not get discovered, so, given our interest in sports and passion for technology, we wanted to make something that could change that narrative,” Lesego says. “We watched videos on the Chrome Developers YouTube channel and learned HTML, CSS, and JavaScript, but we didn’t know how to make an app, deliver a product, or start a business. Our tech journey became a business journey. We learned about the code as the business grew. It’s been a great journey.”

After many all-nighters learning frontend development using HTML, CSS, and JavaScript, and working on their project, they built BallTalent, a Progressive Web App (PWA), that helps local soccer players in their neighborhood get discovered by professional soccer clubs. They record games in their neighborhood and upload them to the app, so clubs can identify new talent.

“We tested our prototype with people, and it seemed like they really loved it, which pushed us to keep coding and improving on the project,” says Simon. “The application is currently focused on soccer, but it’s built it in a way that it can focus on other sports.”

In 2019, when BallTalent launched, the project placed in the top 5 of one of South Africa’s most prestigious competitions, Diageo Social Tech Startup Challenge. BallTalent has helped local soccer players match with professional teams, benefiting the community. Simon and Lesego plan to release version two soon, with a goal of expanding to other sports.

Learning to code with web technologies and resources

Lesego and Simon chose to watch the Chrome Developers YouTube channel to learn to code, because it was free, accessible, and taught programming in ways that were easy to understand. Preferring to continue to use free Google tools because of their availability and ease of use, Lesego and Simon used Google developer tools on Chrome to build and test the BallTalent app, which is hosted on Google Cloud Platform. 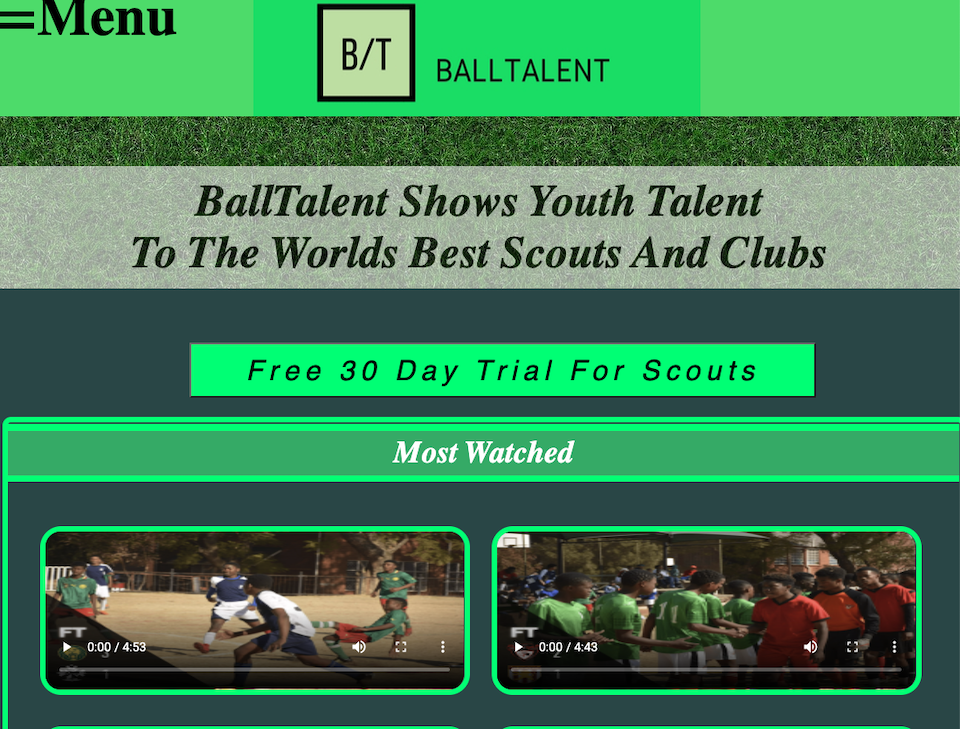 They used NodeJS as their backend runtime environment to stay within the Google ecosystem–NodeJS is powered by the V8 JavaScript engine, which is developed by the Chromium Project. They used a service worker codelab from Google to allow users to install the BallTalent PWA and see partial content, even without an internet connection.

We are focused on HTML, CSS, JavaScript, frontend frameworks like Angular, and Cloud tools like Firebase, to be able to equip people with the knowledge of how to set up an application,” says Simon.

“Google has been with us the whole way,” says Simon.

Contributing to the Google Developer community

Because of their enthusiasm for web technologies and positive experience learning to code using Google tools, Lesego and Simon were enthusiastic about joining a Google Developer Community. They became regular members at GDG Johannesburg and went to DevFest South Africa in 2018, where they got inspired to start their own GDG chapter in Soweto. The chapter focuses on frontend development to meet the needs of a largely beginner developer membership and has grown to 500+ members.

The duo is now preparing to launch the second version of their BallTalent app, which gives back to their community by pairing local soccer talent with professional teams seeking players. In addition, they’re teaching new developers in their township how to build their own apps, building community and creating opportunities for new developers. Google Developer Groups are local community groups for developers interested in learning new skills, teaching others, and connecting with other developers. We encourage you to join us, and if you’re interested in becoming a GDG organizer like Simon and Lesego, we encourage you to apply.