With the release of Android Studio 2.2, the time has now come to say goodbye to the Eclipse Android Developer Tools. We have formally ended their support and development. There's never been a better time to switch to Android Studio and experience the improvements we've made to the Android development workflow. 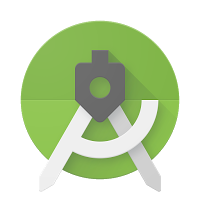 Android Studio, the official IDE for Android, features powerful code editing with advanced code-completion and refactoring. It includes robust static analysis, bringing the intelligence of the Android engineering team to you to help you easily apply Android coding best practices, and includes simultaneous debugging in both Java and C++ to help fix any bugs that slip through. When you combine this with performance tooling, a fast, flexible build system, code templates, GitHub integration, and its high-performance, feature-rich emulator, you get a deeply Android-tailored development environment for the many form factors of the OS. It's the development environment used by 92% of the top 125 Google Play apps and games, and we're constantly innovating it to handle every Android development need.

Android Studio 2.2 builds on the great features from Android Studio 2.0. There are over twenty new features that improve development whether you are designing, iterating, or testing. Notable changes include:

For our ADT Fans

We announced that we were ending development and official support for the Android Developer Tools (ADT) in Eclipse at the end of 2015, including the Eclipse ADT plugin and Android Ant build system. With the latest updates to Studio, we've completed the transition.

To get started, download and install Android Studio. For most developers, including those with C/C++ projects, migration is as simple as importing your existing Eclipse ADT projects in Android Studio with the File > New > Import Project menu option. For more details on the migration process, check out the migration guide.

We're dedicated to making Android Studio the best possible integrated development environment for building Android apps, so if there are missing features or other challenges preventing you from switching to Android Studio, we want to hear about it [survey] ! You can also file bugs or feature requests directly with the team, and let us know via our Twitter or Google+ accounts.

Android Studio is an open source project, available to all at no cost. Check out our Open Source project page if you're interested in contributing or learning more.