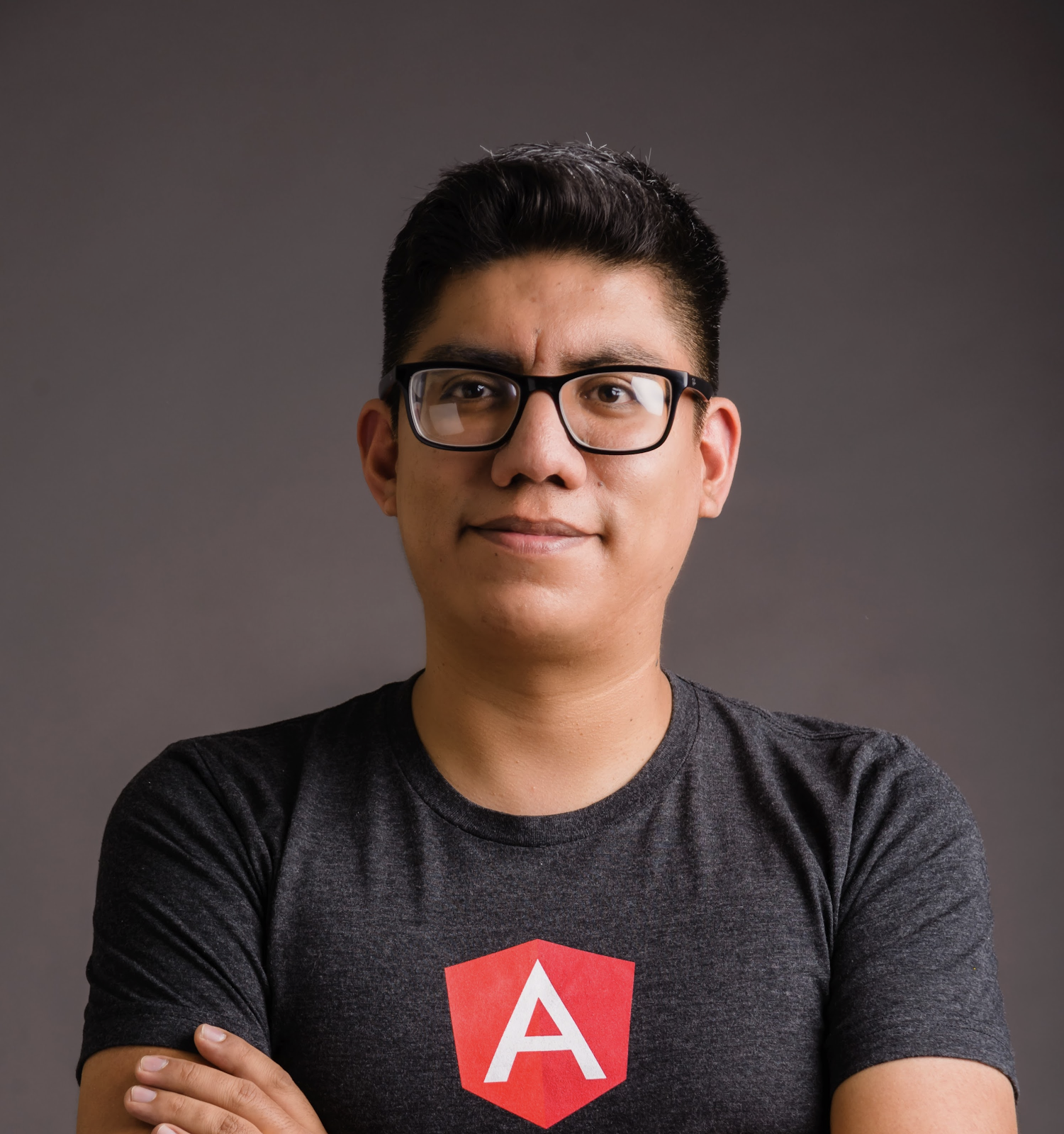 Josue currently works at the German company Boehringer Ingelheim and lives near Frankfurt. Before moving to Germany, Josue was working as a software engineer in Mexico, and before that, he spent almost a year in San Francisco as a senior front-end developer at Sutter Health.

Josue studied computer science and engineering as an undergraduate and learned algorithms and programming. His first language was C++, and he learned C and Python, but was drawn to web technologies.

“When I saw a web browser for the first time, it stuck with me,” he says, “It was changing in real time as you’re developing. That feeling is really cool. That’s why I went into frontend development.”

Josue has worked on multiple ecommerce projects focused on improving customers’ trade experience. He sees his role as creating something from scratch to help people improve lives.

“These opportunities we have as developers are great — to travel, work for many verticals, and learn many businesses,” he says. “In my previous job, I developed tech-oriented trade tools for research companies, to manipulate strings or formulas. I was on the team involved in writing these kinds of tools, so it was more about the trade experience for doctors.”

Josue’s first trip outside Mexico, to San Francisco, exposed him to the many developer communities in the area, and he appreciated the supportive communities of people trying to learn together. Several of the people he met suggested he start his own meetup in Mexico City, to get more involved in Google technologies, so he launched an Angular community there. As he hunted for speakers to come to his Angular meetup, Josue found himself giving talks, too.

Then, the GDG Mexico leader invited Josue to give talks on Google for startups.

“That helped me get involved in the ecosystem,” Josue says. “I met a lot of people, and now many of them are good friends. It’s really exciting because you get connected with people with the same interests as you, and you all learn together.”

“I’m really happy to be part of the Google Maps ecosystem,” Josue says. “It’s super connected, with kind people, and now I know more colleagues in my area, who work for different companies and have different challenges. Seeing how they solve them is a good part of being connected to the product. I try to share my knowledge with other people and exchange points of view.”

“This year was weird, but we also discovered more tools that are evolving with us, more functionalities in Hangouts and Meetup,” Josue says. “It’s interesting how people are curious to get connected. If I speak from Germany, I get comments from countries like Bolivia and Argentina. We are disconnected but increasing the number of people we engage with.”

He notes that the one missing piece is the face-to-face, spontaneous interactions of in-person workshops, but that there are still positives to video workshops.

“I think as communities, we are always trying to get information to our members, and having videos is also cool for posterity,” he says.

He is starting a Maps developer community in Germany.

“I have colleagues interested in trying to get a community here with a solid foundation,” he says. “We hope we can engage people to get connected in the same place, if all goes well.”

As a frontend developer, Josue regards Google Maps Platform as an indispensable tool for brands, ecommerce companies, and even trucking companies.

“Once you start learning how to plant coordinates inside a map, how to convert information and utilize it inside a map, it’s easy to implement,” he says.

In 2021, Josue is working on some experiments with Maps, trying to make more real-time actualization, using currently available tools.

“Many of the projects I’ve been working on aren’t connected with ecommerce,” he says. “Many customers want to see products inside a map, like trucking products. I’ve been working in directories, where you can see the places related to categories — like food in Mexico. You can use Google Maps functionalities and extend the diversification of maps and map whatever you want.”

“Submission ID is really cool,” he adds. “You can do it reading the documentation, a key part of the product, with examples, references, and a live demo in the browser.”

Josue says his goal going forward is to be as successful as he can at his current role.

“Also, sharing is super important,” he says. “My company encourages developer communities. It’s important to work in a place that matches your interests.”