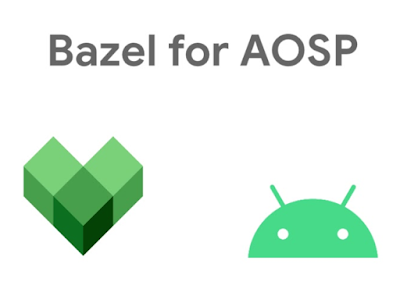 After significant investment in understanding how best to build the Android Platform correctly and quickly, we are pleased to announce that the Android Platform is migrating from its current build systems (Soong and Make) to Bazel. While components of Bazel have been already checked into the Android Open Source Project (AOSP) source tree, this will be a phased migration over the next few Android releases which includes many concrete and digestible milestones to make the transformation as seamless and easy as possible. There will be no immediate impact to the Android Platform build workflow or the existing supported Android Platform Build tools in 2020 or 2021. Some of the changesto support Android Platform builds are already in Bazel, such as Bazel’s ability to parse and execute Ninja files to support a gradual migration.
Migrating to Bazel will enable AOSP to:
The benefits of this migration to the Bazel community are:
The recent check-in of Bazel to AOSP begins an initial pilot phase, enabling Bazel to be used in place of Ninja as the execution engine to build AOSP. Bazel can also explore the AOSP build graph. We're pleased to be developing this functionality directly in the Bazel and AOSP codebases. As with most initial development efforts, this work is experimental in nature. Remember to use the currently supported Android Platform Build System for all production work.