Editor’s note: This is another post in our series featuring tips from developers finding success on Google Play. This week, we’re sharing advice from Telltale Games on how to create a successful game on Android TV. -Ed.

With new Android hardware being released from the likes of Sony, Sharp, and Philips amongst others, Android TV and Google Play can help you bring your game to users right in their living rooms through a big screen experience. 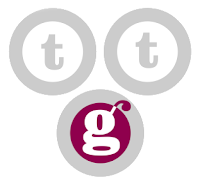 The recent Marshmallow update for Android TV means makes it easier than ever to extend your new or existing games and apps for TV. It's important to understand how your game is presented in the user interface and how it can help users get to the content they want quickly.

Telltale Games is a US-founded game developer and publisher, based in San Francisco, California. They’re well known for the popular series ‘The Walking Dead’ and ‘Game of Thrones‘ which was created in partnership with HBO.

Zac Litton, VP of Technology at Telltale Games, shares his tips for creating and launching your games with Android TV.

With the recently released Android TV codelab and online class from Udacity, you can learn how to convert your existing mobile game into Android TV in just four hours. Find out more about how to build games for Android TV and how you to publish them using familiar tools and processes in Google Play.