Google has always embraced new approaches to organizing all the world's information, and this includes all the world's geography. Today we are announcing the open source release of Google's S2 library, the core geometric library on which Google's global geographic database is built.

A unique feature of the S2 library is that unlike traditional geographic information systems, which represent data as flat two-dimensional projections (similar to an atlas), the S2 library represents all data on a three-dimensional sphere (similar to a globe). This makes it possible to build a worldwide geographic database with no seams or singularities, using a single coordinate system, and with low distortion everywhere compared to the true shape of the Earth. While the Earth is not quite spherical, it is much closer to being a sphere than it is to being flat!

Notable features of the library include:
The reference implementation of the S2 library is written in C++, and subsets have been ported to Go, Java, and Python. An early version of the code was released in 2011, but today's announcement represents a major update along with a commitment to maintain the library going forward. The code is under active development and new features will be released regularly. (The Java port is based on the 2011 code and does not have the same robustness, performance, or features as the current C++ version.)

To learn more, start by reading the overview and quick start documents, then explore the documentation site. The library also has extensive documentation in the header files, which is where the most authoritative information can be found. More introductions and tutorials will be added over time - contributions are welcome! 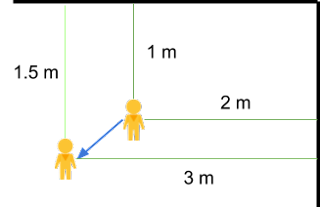