We are excited to announce the GKE CIS 1.1.0 Benchmark InSpec profile under an open source software license is now available on GitHub, which allows you to assess Google Kubernetes Engine (GKE) clusters against security controls recommended by CIS. You can validate the security posture of your GKE clusters using Chef InSpec™ by assessing their compliance against the Center for Internet Security (CIS) 1.1.0 benchmark for GKE.

GKE is a popular platform to run containerized applications. Many organizations have selected GKE for its scalability, self-healing, observability and integrations with other services on Google Cloud. Developer agility is one of the most compelling arguments for moving to a microservices architecture on Kubernetes, introducing configuration changes at a faster pace and demanding security checks as part of the development lifecycle.

Validating the security settings of your GKE cluster is a complex challenge and requires an analysis of multiple layers within your Cloud infrastructure:

GKE is a managed service on GCP, with controls to tweak the cluster’s behaviour which have an impact on its security posture. These Cloud resource configurations can be configured and audited via Infrastructure-as-Code (IaC) frameworks such as Terraform, the gcloud command line or the Google Cloud Console.

Application workloads are deployed on GKE by interacting via the Kubernetes (K8S) API. Kubernetes resources such as pods, deployments and services are often deployed from yaml templates using the command line tool kubectl.

Kubernetes uses configuration files (such as the kube-proxy and kubelet file) typically in yaml format which are stored on the nodes’ file system.

InSpec is a popular DevSecOps framework that checks the configuration state of resources in virtual machines and containers, on Cloud providers such as Google Cloud, AWS, and Microsoft Azure. The InSpec GCP resource pack 1.8 (InSpec-GCP) provides a consistent way to audit GCP resources and can be used to validate the attributes of a GKE cluster against a desired state declared in code. We previously released a blog post on how to validate your Google Cloud resources with InSpec-GCP against compliance profiles such as the CIS 1.1.0 benchmark for GCP.

While you can use the InSpec-GCP resource pack to define the InSpec controls to validate resources against the Google Cloud API, it does not directly allow you to validate configurations of other relevant layers such as Kubernetes resources and config files on the nodes. Luckily, the challenge to audit Kubernetes resources with InSpec has already been solved by the inspec-k8s resource pack. Further, files on nodes can be audited using remote access via SSH. All together, we can validate the security posture of GKE holistically using the inspec-gcp and inspec-k8s resource packs as well as controls using the InSpec file resource executed in an ssh session.

Running the CIS for GKE compliance profile with InSpec

With the GKE CIS 1.1.0 Benchmark InSpec Profile we have implemented the security controls to validate a GKE cluster against the recommended settings on GCP resource level, Kubernetes API level and file system level. The repository is split into three profiles (inspec-gke-cis-gcp, inspec-gke-cis-k8s and inspec-gke-cis-ssh), since each profile requires a different “target”, or -t parameter when run using the InSpec command line. For ease of use, a wrapper script run_profiles.sh has been provided in the root directory of the repository with the purpose of running all three profiles and storing the reports in the dedicated folder reports.
The script requires the cluster name (-c), ssh username (-u), private key file for ssh authentication (-k), cluster region or zone (-r or -z) and InSpec input file as required by the inspec.yml files in each profile (-i). As an example, the following line will run all three profiles to validate the compliance of cluster inspec-cluster in zone us-central1-a:
./run_profiles.sh -c inspec-cluster \
-u konrad \
-k /home/konrad/.ssh/google_compute_engine \
-z us-central1-a \
-i inputs.yml
Running InSpec profile inspec-gke-cis-gcp ...

Once the wrapper script has completed successfully you should analyze the JSON or HTML reports to validate the compliance of your GKE cluster. One way to perform the analysis is to upload the collection of JSON reports of a single run from the reports folder to the open source InSpec visualization tool Heimdall Lite (GitHub) by the Mitre Corporation. An example of a compliance dashboard is shown below:

Try it yourself and run the GKE CIS 1.1.0 Benchmark InSpec profile in your Google Cloud environment! Clone the repository and follow the CLI example in the Readme file to run the InSpec profiles against your GKE clusters. We also encourage you to report any issues on GitHub that you may find, suggest additional features and to contribute to the project using pull requests. Also, you can read our previous blog post on using InSpec-GCP for compliance validations of your GCP environment.
By Bakh Inamov, Security Specialist Engineer and Konrad Schieban, Infrastructure Cloud Consultant

Developers are embracing automated continuous integration and continuous delivery (CI/CD), committing many application and infrastructure changes frequently. But centralized security teams can't review every application and infrastructure change. Those teams might have to block deployments (which decreases velocity and undermines continuous delivery) or review changes in production, where misconfigurations are more harmful and changes are more expensive.

Security reviews need to "shift left,” earlier in the software development lifecycle. Security teams likewise need to shift their own efforts to defining policies and providing tools to automate how compliance is verified. When developers adopt these tools, security and compliance checks become part of CI/CD, in a similar fashion to unit, functional, and integration tests, and thus become a normal part of the development workflow. Empowering developers to participate in this process means organizations can achieve continuous compliance. This also reinforces the mindset that security is everyone's responsibility.

InSpec is a popular DevSecOps framework that checks the configuration state of resources in virtual machines and containers, on cloud providers such as GCP, AWS, and Azure. InSpec's lightweight nature, approachable domain-specific language, and extensibility make it a valuable tool for:

InSpec for GCP and compliance profiles

The InSpec GCP resource pack 1.0 provides a consistent way to audit GCP resources. This release unifies the user experience by adding consistent behavior between resources and documentation for available fields. This resource pack also adds support for GCP endpoints that let you audit fields that are in beta (for example, GKE cluster pod security policy configuration).

You can use the GCP CIS Benchmark and the PCI DSS InSpec profiles to assess compliance with CIS and PCI DSS policies. CIS Benchmarks are configuration guides used by governments, businesses, industry, and academia. We strongly recommend configuring the workloads to meet or exceed these standards. PCI DSS is required for all organizations that accept or process credit card payments. The Terraform PCI Starter, coupled with the PCI InSpec profile, allows deployment of PCI-compliant environments and verifies their ongoing compliance.

This work is released under an open source license and we look forward to your feedback and contributions.

You can use InSpec to validate infrastructure deployments for compliance with standards such as PCI DSS and CIS. An automated validation process of new builds is important to detect insecure and non-compliant configurations as early as possible while minimizing the impact on developer agility.

With Cloud Build you can create CI pipelines for infrastructure-as-code deployments. You can run InSpec as an additional build step against resources in the GCP project to detect compliance violations in the target infrastructure. While this method doesn't prevent non-compliant build configurations, it does detect compliance issues, fail the build execution, and log the error in Cloud Logging. Cloud Build publishes build messages to a Cloud Pub/Sub topic, which can trigger a Cloud Function to integrate with appropriate alerting systems in case of a failed build. To prevent non-compliant infrastructure in a production environment, run the pipeline in a staging environment before promoting the content to production.

Here is an example pipeline definition for Cloud Build, using InSpec, to validate a project against the PCI guidelines. To run the PCI profile from a container inside a Cloud Build pipeline, clone the Git repository Payment Card Industry Data Security Standard (PCI DSS) version 3.2.1, build the Docker container from the root directory of the repository using the Dockerfile, and push the image to the Google Container Registry. The Cloud Build pipeline will store InSpec reports in a predefined bucket in json and html formats.

Here's an example for executing the PCI DSS InSpec profile as a step in a Cloud Build pipeline:

Note that in this example a previous execution step writes all required input parameters into the file /workspace/inputs.yml to make them available to the InSpec run. A CI/CD pipeline has been implemented for the PCI-GKE-Blueprint using Cloud Build and can be referenced as an example.

Ready to try InSpec? Use this Cloud Shell Walkthrough to quickly install InSpec in your Cloud Shell instance and scan infrastructure in your GCP projects against the CIS Benchmark:

Chances are that in the walkthrough the InSpec scan detected some misconfigurations in your project.

As a developer of the project, you now know how to quickly scan your deployments, and you can begin to learn more about configuring your resources securely. Our Cloud Foundation Toolkit provides Terraform and Deployment Manager templates for best-practice configurations of your projects and underlying resources.

Most large organizations have platform teams that can adopt our Cloud Foundation Toolkit templates, which automate well-configured resource provisioning, and make those available to their developers. These organizations can also include InSpec testing steps in their CI/CD pipelines to provide early feedback to developers and to prevent misconfigured resources from getting released to Production.
By Bakh Inamov – Security and Compliance Specialist Engineer, Sam Levenick – Software Engineer, and Konrad Schieban – Infrastructure Cloud Consultant 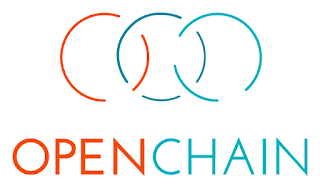 Google is thrilled to announce that we are joining the OpenChain Project as Platinum Members. OpenChain is an effort to make open source license compliance simpler and more consistent. We will also join the OpenChain board and are excited that Facebook and Uber will be fellow board members.

Over the last 14 years, the Open Source Programs Office (OSPO) at Google has developed rigorous policies and processes so that we can do open source license compliance correctly, and at scale. This helps us use free and open source software extensively across the company and makes it easier to upstream our work. For us, it’s a matter of legal compliance as well as showing respect for the amazing communities that create and maintain the software.

Until now, there’s been no commonly accepted standard for open source compliance within an organization. Most organizations, like Google, have had to invent and cobble together policies and processes, occasionally comparing notes and hoping we haven’t forgotten anything.

The OpenChain Project is changing that by defining the core requirements of a quality compliance program and developing curriculum to help with training and management. It’s hard to overstate the importance of this work now that open source is a critical input at every step in the supply chain, both in hardware and software.

Google believes in this mission and is excited for the opportunity to use what we’ve learned to pave the way for the rest of the industry. We can help guide the development of standards that are rigorous, clear, and easy to follow for companies both large and small.

We are taking an approach to compliance enforcement that is consistent with the Principles of Community-Oriented GPL Enforcement. We hope that this will encourage greater collaboration on open source projects, and foster discussion on how we can all continue to work closely together.

You can learn more about today’s announcement in Red Hat’s press release and in our GPL Enforcement Statement.