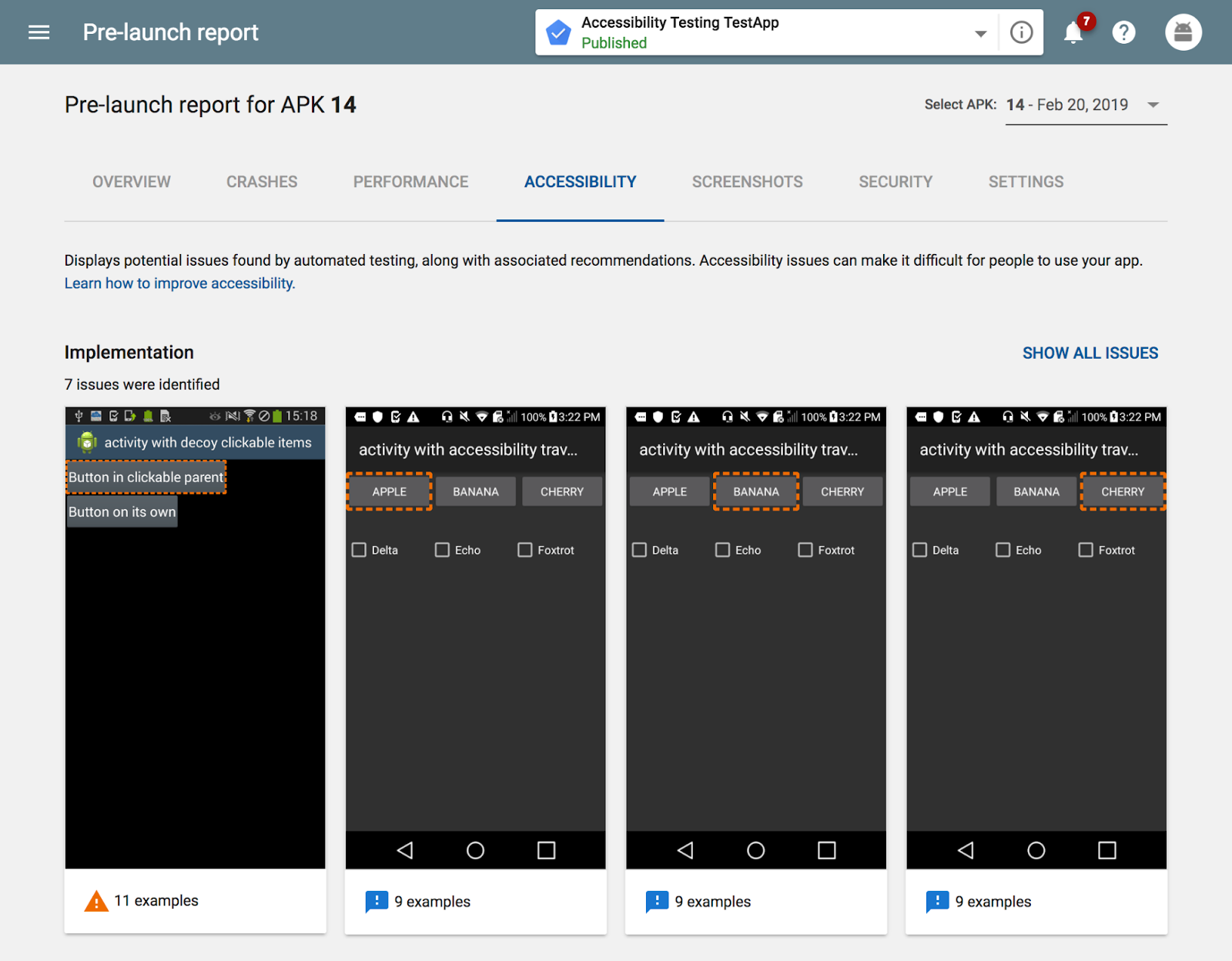 With billions of Android devices in use around the world and millions of apps available on the Play Store, it might seem difficult to drive change across the entire ecosystem, but the Accessibility Developer Infrastructure team is doing just that.

Every time a developer uploads an APK or app bundle to the open or closed tracks, Play tests this upload on various device models running different versions of Android and generates a pre-launch report to inform the developer of issues.

One year ago, the team added accessibility suggestions to the report based on industry best practices and Google’s own experience. These tests check for common issues that can make an app harder to use by people with disabilities. For example, they check that buttons are large enough to be comfortable for people to press, and that text has enough contrast with the background to be easier to read.

Since launching in July 2018, more than 3.8 million apps have been tested and over 171 million suggestions have been made to improve accessibility. Along with each suggestion, the developer gets detailed information about how to implement it. Every developer, from a one-person startup to a large enterprise, can benefit from the accessibility suggestions in the pre-launch report.

We are already seeing the real-world impact of these efforts. This year at Google I/O, the number of developers signing up for in-person accessibility consultations was four times the number from 2018. Googlers staffing these sessions reported that the developers had specific questions that were often based on the suggestions from the pre-launch report. The focused questions allowed the Googlers to give more actionable recommendations. These developers found that improving accessibility isn't just the right thing to do, it also makes good business sense by increasing the potential market for their apps.

Learn more about developing with accessibility in mind by visiting the Android Developer Guidelines and the Google Developer Documentation Style Guide.

Hutch is a London based mobile studio focusing entirely on racing games, with more than 10 million players on Google Play. For their latest game, MMX Hill Climb, they used A/B testing and game analytics to improve the game design and experience resulting in more than 48 mins daily active usage per user.

Watch Shaun Rutland, CEO, and Robin Scannell, Games Analyst, explain how they were able to deliver a more engaging user experience in this video.

Learn more about A/B testing and get the Playbook for Developers app to stay up-to-date on new features and learn best practices that will help you grow a successful business on Google Play.