Based in the UK, Playdemic is a free-to-play mobile games developer. Their leading game Golf Clash is designed to provide a short and fun, competitive experience. It uses a simple and accessible game mechanics based on one-thumb gaming which has generated substantial user engagement, with an average of 44 minutes played over three sessions a day. Golf Clash is now played by more than 1.5 million players every day whilst the average revenue per user is equal to other platforms.

Watch Paul Gouge, CEO & Co-founder, and Gareth Jones, Head of Production, discuss how Playdemic uses live game operations ("live ops") to continuously engage players and grow their business on Google Play. Live ops are also referred to as "running games as a service"; they include the strategic distribution of content and interactions with players that are limited in time and are designed to increase engagement and monetization.

Watch more developer stories and learn about other features and best practices you can use to succeed on Google Play with the updated Playbook app. 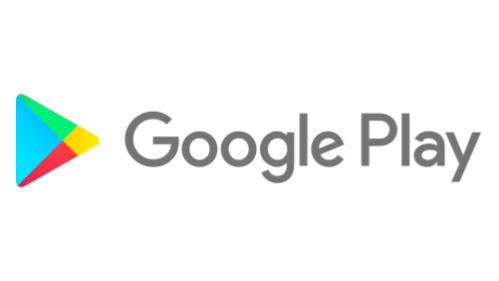 Poor app performance is something that many users have experienced. Think about that last time you experienced an app crashing, failing to respond, or rendering slowly. Consider your reaction when checking the battery usage on your own device, and seeing an app using excessive battery. When an app performs badly, users notice. In fact, in an internal analysis of app reviews on Google Play, we noticed that half of the 1-star reviews mentioned app stability.

Conversely, people consistently reward the best performing apps with better ratings and reviews. This leads to better rankings on Google Play, which helps increase installs. Not only that, but users stay more engaged, and are willing to spend more time and money.

At Google I/O 2017, we announced the new Android vitals dashboard in the Google Play Console. Android vitals is designed to help you understand and analyze bad app behaviors, so you can improve your app's performance and reap the benefits of better performance.

Android vitals helps identify opportunities to improve your app's performance. The dashboards are useful for engineers and business owners alike, offering quick reference performance metrics to monitor your app so you can analyze the data and dedicate the right resources to make improvements.

You'll see the following data collected from Android devices whose users have opted in to automatically share usage and diagnostics data:

See how Busuu increased their rating from 4.1☆ to 4.5☆ by focusing on app performance

Busuu is one of the world's largest language learning apps. Hear from Antoine Sakho, Head of Product about how Busuu increased user ratings.

Read our best practice article on Android vitals to understand the data shown in the dashboards, and how you can improve your app's performance and stability. Watch the I/O session to learn about more tools from Android and Google Play that you can use to identify and fix bad behaviors:

Learn more about other Play Console features, and stay up to date with news and tips to succeed on Google Play, with the Playbook app. Join the beta and install it today.

Thank you for your feedback on our recently launched The AdSense Guide to Audience Engagement and letting us know how it has helped you grow your online business. Now you can download the guide in 2 additional languages: Portuguese and Spanish.

Download the guide today, and like thousands of other AdSense publishers, learn how to engage with your users like never before. The guide contains useful advice and best practices that will help you drive engagement on your site, including:
Ready? Download your free copy of the #AdSenseGuide now in any of the following languages: 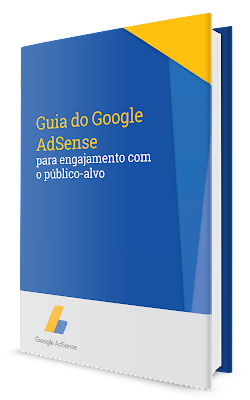 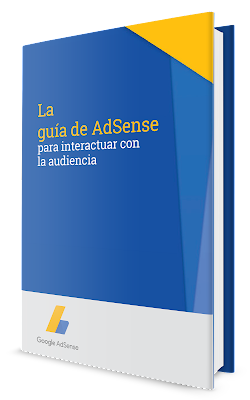 Posted by: Jay Castro from the AdSense team

Hutch is a London based mobile studio focusing entirely on racing games, with more than 10 million players on Google Play. For their latest game, MMX Hill Climb, they used A/B testing and game analytics to improve the game design and experience resulting in more than 48 mins daily active usage per user.

Watch Shaun Rutland, CEO, and Robin Scannell, Games Analyst, explain how they were able to deliver a more engaging user experience in this video.

Learn more about A/B testing and get the Playbook for Developers app to stay up-to-date on new features and learn best practices that will help you grow a successful business on Google Play.

Drawing new visitors to your site is only half of the battle. Having a plan for them to follow once they get there is the key to encouraging repeat visits and building a meaningful relationship with your readers.

To engage user-focused design for your site, it’s important to consider the following:

Gating desirable content can be a great way to learn more about visitors by prompting them to fill out a form or sign up for your newsletter to access it. However, roughly 67% of users will abandon an effort to obtain information or purchase something online if there are too many steps to take. Make sure your users get what they need in as few steps as possible. Matched content is another way to keep visitors from checking out too soon by increasing your odds of presenting them with content they are directly interested in.

2. Identify User Moments
People often look for inspiration and ideas while they complete a task online. Anticipating your visitors’ needs can help you set up your site to better serve them so you can capture and capitalize on these important moments. Whether they are purchasing something or just browsing, presenting this information in the right format can greatly increase the amount of time they spend on your site.

For example, if you’re an eCommerce site selling chocolates, having recommendations alongside each product such as gift boxes, complementing candy, and drink pairings can get your site visitor thinking about the holidays or gifts for their loved ones.

3. Create engaging Calls to Action
Bold “sign up” buttons and friendly prompts or reminders move visitors to take action. From bold colors and text to exaggerated size and other visual clues, there are a number of ways to make these important actions stand out on your site and even fun for users to engage with. In fact, our own AdSense team tested different campaign graphics on our marketing campaigns and saw higher implementation and engagement rates.

Posted by Jay Castro
From the AdSense Team
@jayciro 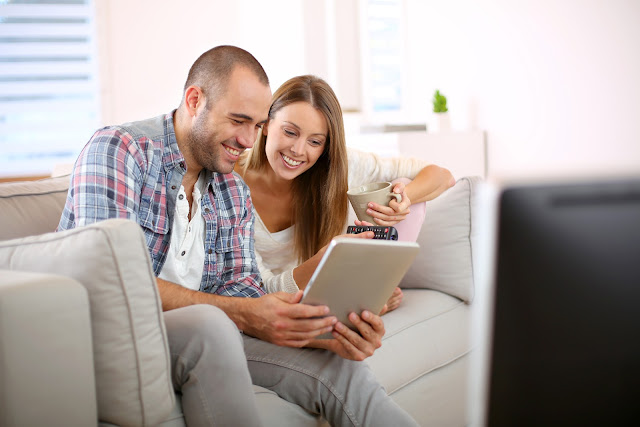 Did you know that roughly 61% of users abandon a site if they don't find what they’re looking for right away?1 As hard as you work to get visitors to your site, you have to work even harder to keep them there.

Unfortunately, there isn’t a clever hack to keeping your users engaged. However, if you understand the intent of your users and provide unique content that’s relevant to their interests, you’ll be on your way to increasing engagement on your site.

Download our guide to audience engagement to learn more about best practices and tips to drive better results for both your users and business. Get your free copy today.

We’d love to hear your feedback on how this guide, connect with us on  Google+ and Twitter using #AdSenseGuide.

Posted by Jay Castro
from the AdSense team
@jayciro 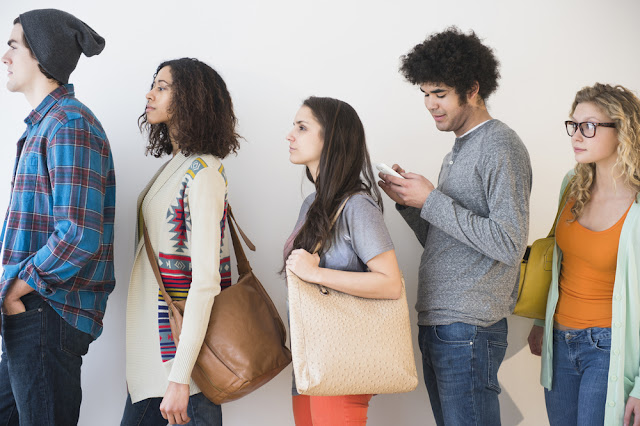 Research shows that “29% of smartphone users will immediately switch to another site or app if it doesn’t satisfy their needs.”

In a world where people are making split decisions about what to consume, it’s increasingly challenging but critical for publishers to figure out how to effectively engage their audiences on their sites. To help lay the foundation to a winning engagement strategy, we’ve created the AdSense Guide to Audience Engagement.

This guide help you drive toward your goals for growing your site – from defining your brand voice to tips to make your site’s content easy to consume. Don’t waste another moment developing web pages that leave you with little opportunity to engage with your audience. Download the AdSense Guide to Audience Engagement here.

In this guide, you’ll learn:

Check out the guide and share your feedback with us on Google+ and Twitter using #AdSenseGuide. We’d love to hear what you think.

Hey game developers, back in March you may remember we added new game statistics in the Google Play Developer Console for those of you who had implemented Google Play Games: our cross-platform game services for Android, iOS and the web.

Starting today, we're providing more insights into how your games are being used by adding country, age, and gender dimensions to the existing set of reports available in the Developer console. You’ll see demographics integrated into Overview stats as well as the Players reports for New and Active users. 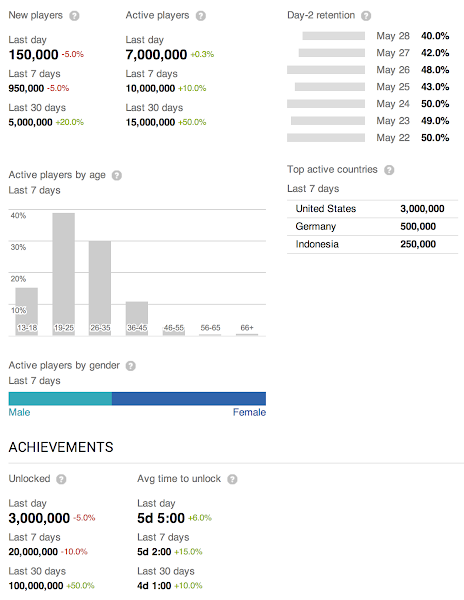 In the Overview stats you can now see highlights of activity by age group, most active countries, and gender.

With a better understanding of your users’ demographic composition, you'll be able to make more effective decisions to improve retention and monetization. Here a few ways you could imagine using these new stats: 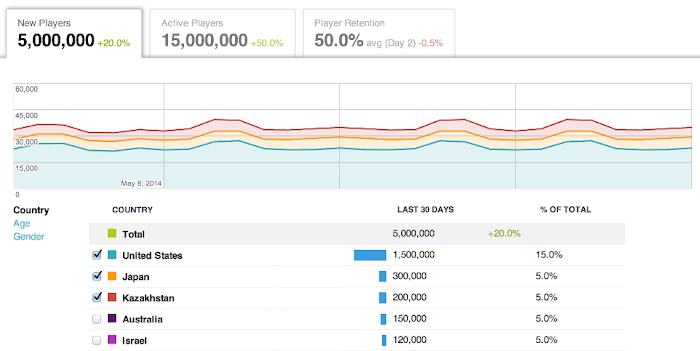 In the Players stats section the new metrics reveal trends in how your app is doing across age groups, countries, and gender.

Additionally, if you're already using Google Play game services, there's no extra integration needed! By logging in to the Google Play Developer Console you can start using demographics to better inform your decisions today.