Want to reach somewhere and wondering which bus to take or which bus routes go to your destination? To help you better plan your commute around the city, and make it easier for you to get an overview of public transportation around you, we are expanding the transit feature on Google Maps to seven more Indian cities including Chandigarh, Lucknow, Vadodara, Indore, Mysore, Surat and Coimbatore. 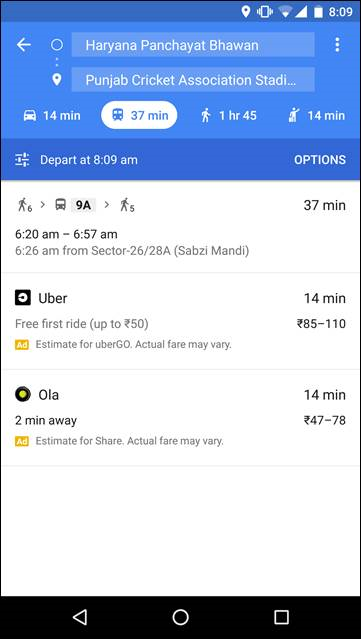 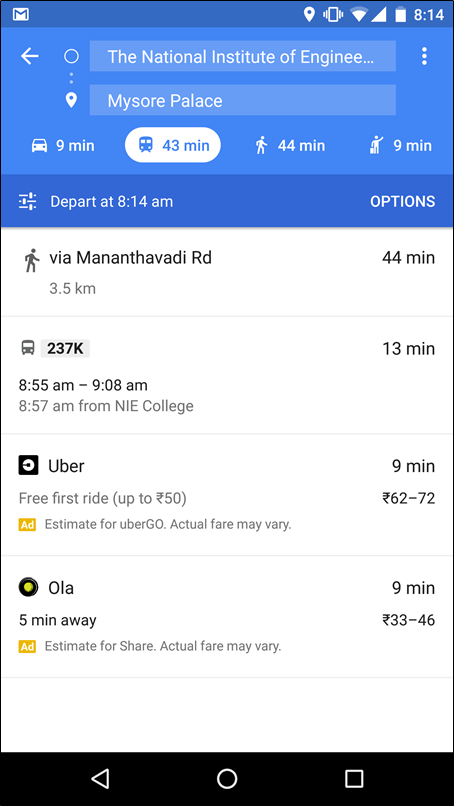 Google Transit is a feature on Google Maps designed to help you plan your commute with only a couple of taps. For instance, if you’re going to Sukhna Lake in Chandigarh, just search for Sukhna Lake and Google Maps will show you how to get there from your current location. We’ll now show you bus routes and stops, including details such as departure and arrival times, the names of bus stands, and even where to change buses. You can scroll through the options and tap on the one that is most convenient for you, making it easier for you to know when to leave to arrive on time. Google Transit is available on Google Maps for Android and iOS as well as through your browser.

To try out the feature, just follow these steps:

Google Maps is your guide to the world around you, and this launch is part of our effort to reflect the real world and provide you with relevant information about your surroundings. Google Maps globally provides over 1 billion km worth of transit results every day and has schedules for more than 2.5 million public transit stops worldwide. Google Transit is now available for hundreds of cities across dozens of countries, with new partners joining all the time.