At this point, you’ve read our recommendations for growing your app’s audience and keeping users engaged. But there are technical aspects, too, that can make or break your app’s success. Speed, for example, is crucial -- users expect apps to respond in under one second.

Yesterday, we gave recommendations for attracting, engaging, and retaining your users. Continue reading today to learn tips from Dev Gogate, Mobile Solutions Consulting Manager at Google, on providing your users with a high quality app.

Creating a high quality app is essential for building and maintaining a loyal user base. Follow Dev’s recommendations to optimize your app quality and stay posted for our post tomorrow on ways to effectively monetize. 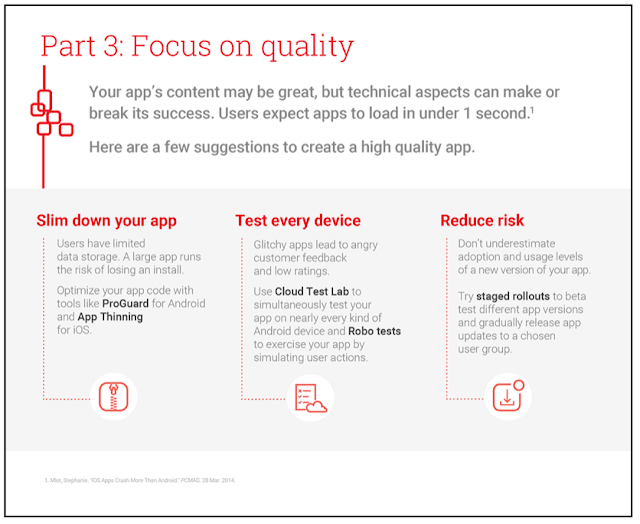