To help your business grow, we are significantly increasing size limits of all Google Compute Engine block storage products, including Local SSD and both types of Persistent Disk.

Now up to 64TB of Persistent Disk may be attached per VM for most machine types, including both Standard and SSD-backed Persistent Disk. The volume size limit has increased to 64 TB also, eliminating the need to stripe disks for larger volumes.

We talked with Aaron Raddon, Founder and CTO at Lytics who tested our larger Local SSDs. He found they improved Cassandra performance by 50% and provide provisioning flexibility that can lead to additional savings. 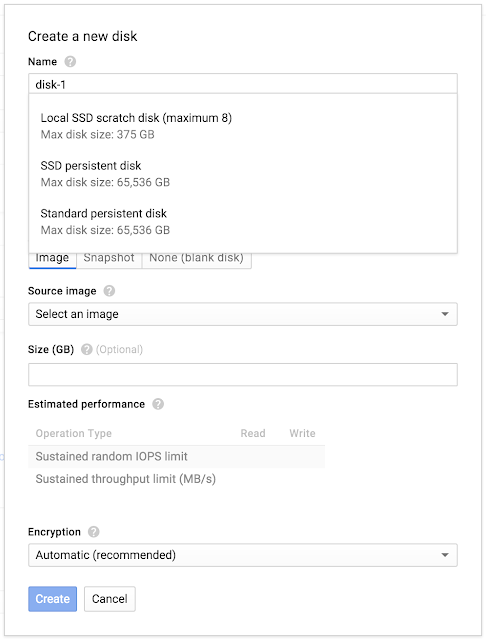 The new, larger SSD has the same incredible IOPS performance we announced in January, topping out at 680,000 random 4K read IOPS and 360,000 random 4K write IOPS. With Local SSD you can achieve multiple millions of operations per second for key-value stores and a million writes per second using as few as 50 servers on NoSQL databases.

Local SSD retains the competitive pricing of $0.218 per GB/month while continuing to support extraordinary IOPS performance. As always, data stored in Local SSD is encrypted and our live migration technology means no downtime during maintenance. Local SSD also retains the flexibility of attaching to any instance type.

Siddharth Choudhuri, Principal Engineer at Levyx stated that doubling capacity on local SSDs with the same high IOPS is a game changer for businesses seeking low-latency and high throughput on large datasets. It enables them to index billions of objects on a single, denser node in real-time on Google Cloud Platform when paired with Levyx’s Helium data store.

To get started, head over to the Compute Engine console or read about Persistent Disk and Local SSD in the product documentation.