This morning we kicked off day 2 at I/O to talk about the open web—one of the most amazing platforms we have seen. To put things in perspective, today there are more than 2.3 billion users on the web—a staggering number, but it only represents one-third of the world’s population. There’s still a lot of opportunity for growth.

Chrome, which we built from the ground up as a browser for the modern web, has seen tremendous adoption. Thanks to many of you, Chrome has nearly doubled since last year’s I/O—from 160 million to 310 million active users around the world. As more and more of you live your lives online, we want to to help make it easy for you to live in the cloud...seamlessly.

A better web to your web

One of the most exciting shifts is the explosion of the mobile web. When Chrome first launched, many people were tethered to a single computer. Today most people use multiple computers, smartphones and tablets. With that trend in mind, our goal is to offer you a consistent, personalized web experience across all devices. In February, we released Chrome for Android, which exited beta this week and is the standard browser on Nexus 7, a powerful new tablet.

Starting today, Chrome is also available for your iPhone and iPad. That means you can enjoy the same speedy and simple Chrome experience across your devices. Also, by signing in to Chrome, you can easily move from your desktop, laptop, smartphone and tablet and have all of your stuff with you. 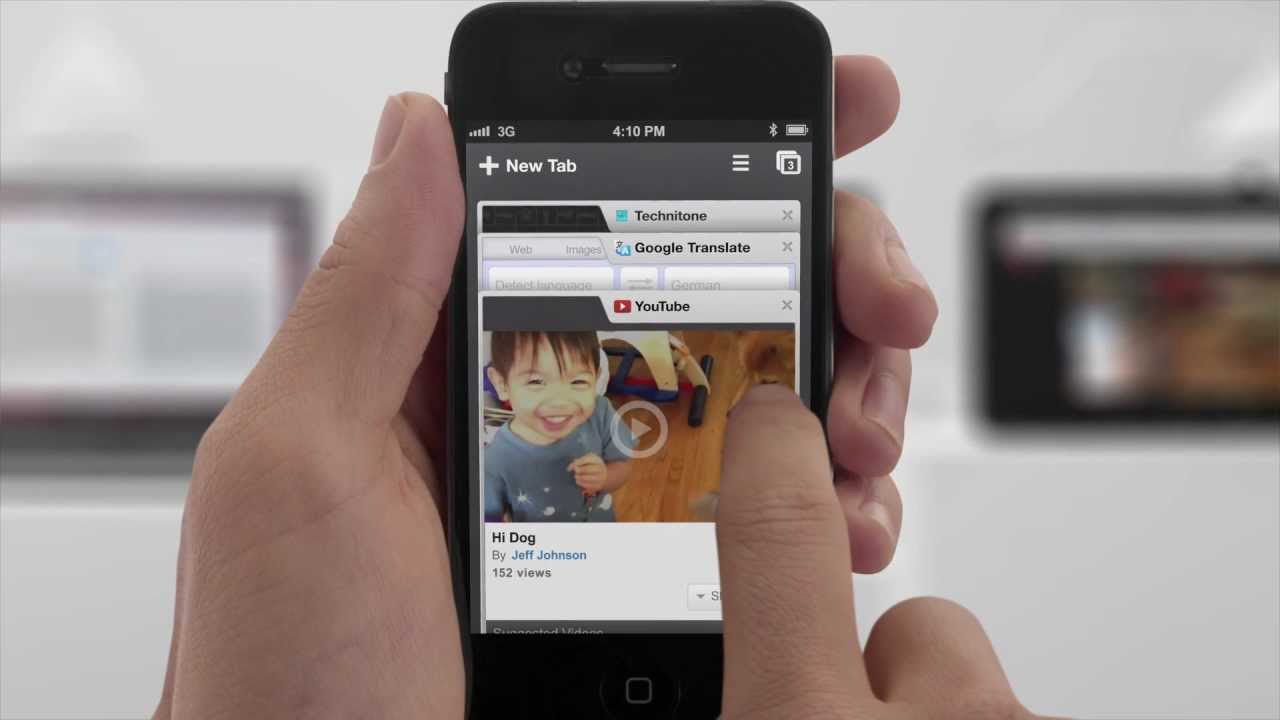 Living in the cloud

A modern browser is just one ingredient of living online seamlessly. We continue to invest in building cloud apps, which many people rely on daily. Gmail, which launched in 2004, has evolved from a simple email service to the primary mode of communication for more than 425 million active users globally. We’ve also built a suite of apps to help users live in the cloud, including Google Documents, Spreadsheets, Calendar and more.

At the hub of this cloud experience is Google Drive—a place where you can create, share, collaborate and keep all your stuff. Ten weeks ago we launched Drive and in 10 weeks, more than 10 million users have signed up. Today we introduced more capabilities, including offline editing for Google documents and a Drive app for your iPhone and iPad. Drive is also seamlessly integrated into Chrome OS. With Drive available across Mac, Windows, Chrome OS, Android and iOS, it’s even easier to get things done in the cloud from anywhere.

With the help of Chrome and and the growth of Google apps, people are discovering new ways to get things done faster, connect with others, and access their information no matter what device they’re using. This is what we call “going Google.” And it’s not just individual people. Schools, government institutions and businesses—big and small—are also “going Google.” Sixty-six of the top 100 universities in the U.S., government institutions in 45 out of 50 U.S. states, and a total of 5 million business are using Google Apps to live and work in the cloud.

It’s an exciting time to be living online. To celebrate this ongoing journey, here’s a quick look back at the evolution of Chrome:

None of what we shared onstage at I/O today would be possible without the awe-inspiring work being done by a global community of developers and the continued support of our users. We can’t wait to see what you do next.