Grow with Google Developer Scholars Advancing their Lives and Careers

This is a cross-post with our partner Udacity

The Grow with Google Developer Scholarship—a US-focused program offering learning opportunities to tens of thousands of aspiring developers—has given rise to a wealth of powerful stories from amazing individuals who are using their scholarships to pursue their goals and achieve their dreams. Some are creating new beginnings in new places. Others are reinventing their paths and transforming their futures. Still others are advancing their careers and growing their businesses.

Rei Blanco, Paul Koutroulakis, and Mary Weidner exemplify what the scholarship program is all about.

A New Beginning in Lansing, Michigan 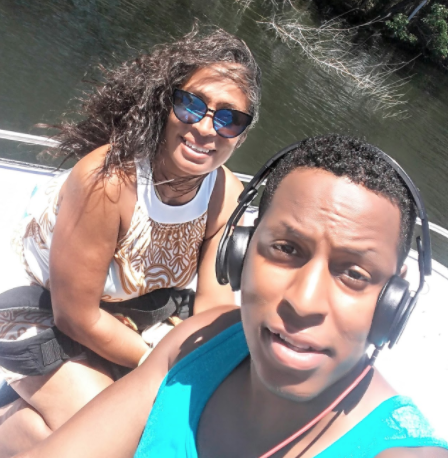 Rei Blanco immigrated to Lansing, Michigan from Cuba seven years ago. He began learning English, and found opportunities to practice his skills in jobs ranging from housekeeping to customer support. Today, as a Grow with Google Developer Sscholarship recipient, he is learning a whole new language—Javascript—as well as HTML and CSS. Rei earned himself a spot as a student in the Front-End Web Developer challenge course, and is now fully-immersed, and loving every part of his journey to becoming a developer.

"When I get home, I immediately go to the basement and start coding!"

Rei studies several hours every night. He credits his partner for the non-stop encouragement she gives him. He embraces a daily workout routine that keeps him focused and energized. He also praises the student community for helping him to advance successfully through the program.

"The live help channel in our Slack workspace is great. Once you get stuck, you get immediate help or you can help out others."

As his skills grow, so does his confidence. A year ago, when he first began taking online coding courses, he felt out of place attending a local developer meetup. These days, he's a busy member of a student group working on outside projects, and has plans to attend many more in-person events. Rei is taking his developer career step-by-step—he's bolstering his chances of earning freelance work by steadily adding new projects to his portfolio, and has his sights set on a full-time job in front-end web development.

A Reinvention in Columbia, South Carolina 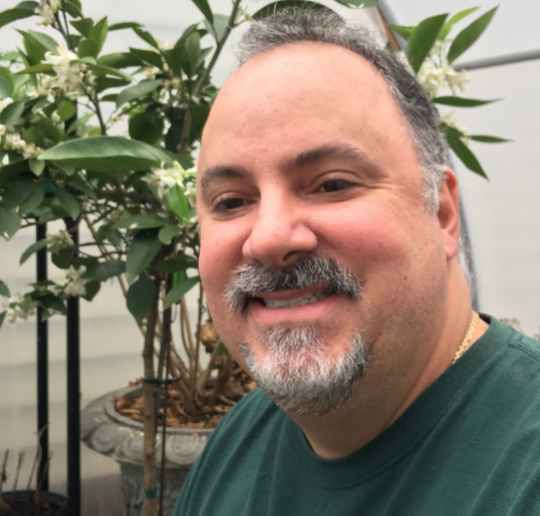 Paul Koutroulakis was a 20-year restaurant industry success story. For 10 of those years, he even owned his own establishment. But like it was for so many others, 2008 was a terrible year. Sales dropped, and the burden became too great. Paul lost his restaurant, and ultimately, his home.

Despite the hardships, Paul retained the spirit that had made him a success in the first place, and he was determined to persevere. But he also saw the writing on the wall, and knew he needed to make a change.

"This was a wakeup call with my resume. I didn't want to be an old man managing a restaurant."

From his research, he learned that demand for web developers was growing rapidly, and he recognized the opportunity he was looking for. From that moment forward, Paul focused his energy on becoming a developer.

He worked daytime hours at a logistics company, and started taking computer programming classes at night at a local technical college. Paul earned his associates degree, but he wasn't done. He felt the pressure to go the extra mile, and made the commitment to do so by competing for, and ultimately earning, a Grow with Google Developer Sscholarship.

"I need to make myself more marketable. I would like to show that age doesn't matter and that anyone can make a great contribution to a company or field if they are passionate about learning."

Today, Paul is focused on building a project portfolio, and wants to land a job as an entry-level web developer. His long-term goal is to enter the field of cybersecurity. Despite the hard work and long hours, he's excited by the skills he's learning, and by the transformation he's undergone. Best of all, he knows it's all worth it.

"Even if it's a late night of studying, it's better than coming home at one or two in the morning after a long shift at the restaurant."

A Leap Forward in Pittsburgh, Pennsylvania 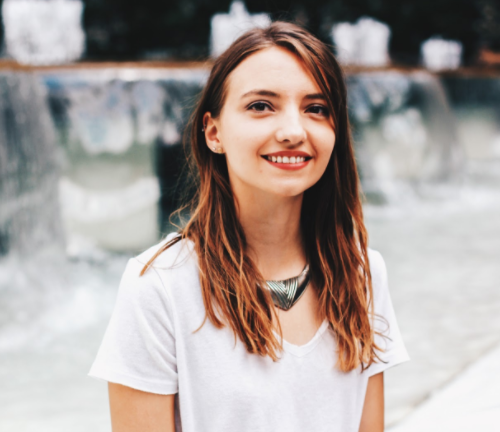 Mary Weidner's degree was in finance, and after graduating, she went right into the field, spending several years in a series of finance-related roles. Simultaneously, she was nurturing an interest in coding, even going so far as to take a few free online courses. Everything changed for her when a friend asked her to join him as co-founder for a fitness app he was developing. She was intrigued, and agreed to take the leap. As one-half of a two-person team, she found herself immediately supporting all aspects of the fledgling operation, from launching the database, to filming videos.

Mary's hobbyist-level interest in coding transformed into a primary focus, as she realized early on that building her tech skills would significantly enhance her ability to grow the business. But there was more than just operational necessity at work—Mary recognized she was facing an additional set of challenges.

"Not only do I want to learn how to code in order to help my company, I also want to be more respected in the industry. Being a woman and a non-technical co-founder is not the easiest place to be in tech."

As a Grow with Google Developer Sscholarship recipient, Mary is now engaged in an intensive learning program, and her skills are accelerating accordingly.

Strongr Fastr officially launched in January 2018, and has already been downloaded by thousands of users, boasting a user rating of 4.7 stars. It's an impressive start, but neither Mary nor her partner are resting on their laurels. They're motivated to grow and improve, and are focused on "finding traction channels that work, and trying to find that scalable groove."

Despite her head-down determination and focus, Mary's approach to learning is a spirited one, and she's enjoying every minute of her big leap forward.

"I'm loving it. It's really cool to have apps on my phone that I've made, even if they're the most simple thing. It's very empowering and just ... cool!"

Growing Careers and Skills Across the US

Grow with Google is a new initiative to help people get the skills they need to find a job. Udacity is excited to partner with Google on this powerful effort, and to offer the Ddeveloper Sscholarship program.

Grow with Google Developer scholars come from different backgrounds, live in different cities, and are pursuing different goals in the midst of different circumstances, but they are united by their efforts to advance their lives and careers through hard work, and a commitment to self-empowerment through learning. We're honored to support their efforts, and to share the stories of scholars like Rei, Paul, and Mary.