While Actions on the Google Assistant are available to users on more than 400 million devices, we're focused on expanding the availability of the developer platform even further. At Mobile World Congress, we're sharing some good news for our international developer community.

Starting today, you can build Actions for the Google Assistant in seven new languages:

These new additions join English, French, German, Japanese, Korean, Spanish, Brazilian Portuguese, Italian and Russian. That brings our total count of supported languages to 16! You can develop for all of them using Dialogflow and its natural language processing capabilities, or directly with the Actions SDK. And we're not stopping here–expect more languages to be added later this year.

If you localize your apps in these new languages you won't just be among the first Actions available in the new locales, you'll also earn rewards while you do it! And if you're new to Actions on Google, check out our community program* to learn how you can snag an exclusive Google Assistant t-shirt and up to $200 of monthly Google Cloud credit by publishing your first Action. Already we've seen partners take advantage of other languages we've launched in the past like Bring!, which is now available in both English and German.

New updates to make it easier to build for global audiences

Besides supporting new languages, we're also making it easier to build your Action for global audiences. First, we recently added support for building with templates—creating an Action by filling in a Google Sheet without a single line of code—for French, German, and Japanese. For example, TF1 built Téléfoot, using templates in French to create an engaging World Cup-themed trivia game with famous commentators included as sound effects.

Additionally, we've made it a little easier for you to localize your Actions into different languages by enabling you to export your directory listing information as a file. With the file in hand, you can translate offline and upload the translations to your console, making localization quicker and more organized.

But before you run off and start building Actions in new languages, take a quick tour of some of the useful developer features rolling out this week…

By the end of the year the Assistant will reach 95 percent of all eligible Android phones worldwide, and Actions are a great way for you to reach those users to help them get things done easily over voice. Sometimes, however, users may benefit from the versatility of your Android app for particularly complex or highly interactive tasks.

So today, we're introducing a new feature that lets you deep link from your Actions in the Google Assistant to a specific intent in your Android app. Here's an example of SpotHero linking from their Action to their Android app after a user purchased a parking reservation. The Android app allows the user to see more details about the reservation or redeem their spot. 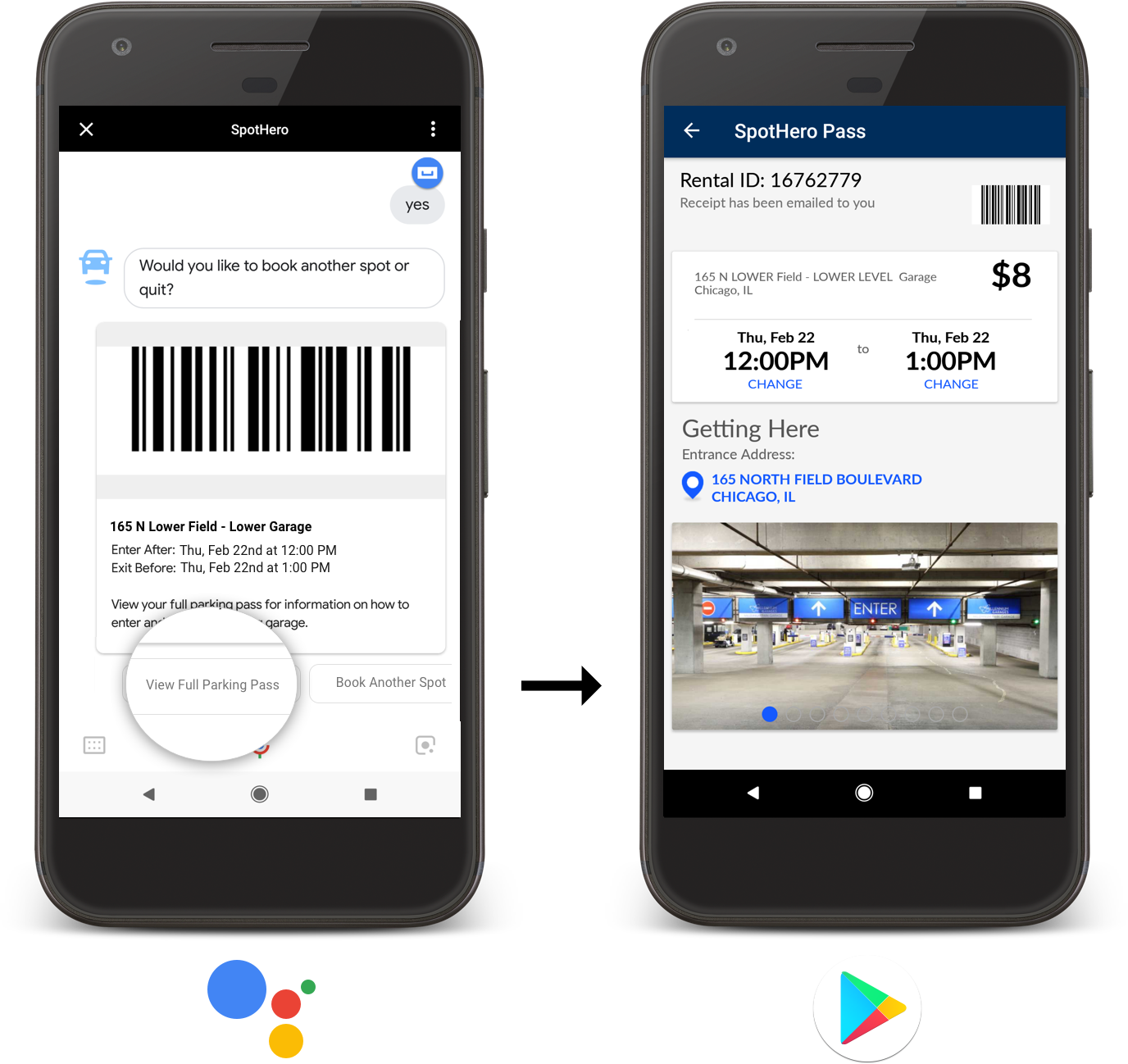 As you integrate these links in your Action, you'll make it easier for your users to find what they're looking for and to move seamlessly to your Android app to complete their user journey. This new feature will roll out over the coming weeks, but you can check out our developer documentation for more information on how to get started.

A faster, easier way to help with location queries

Using the new helper, the Assistant leverages Google Maps' location and points of interest (POI) expertise to provide fast, accurate places for all your users' location queries. Once the location details have been sorted out with the user, the Assistant returns the conversation back to your Action so the user can finish the interaction.

So whether your business specializes in delivering a beautiful bouquet of flowers or a piping hot pepperoni pizza, you no longer need to spend time designing models for gathering users' location requests, instead you can focus on your Action's core experience.

Let's take a look at an example of how Uber uses the askForPlace helper to help their users book a ride: 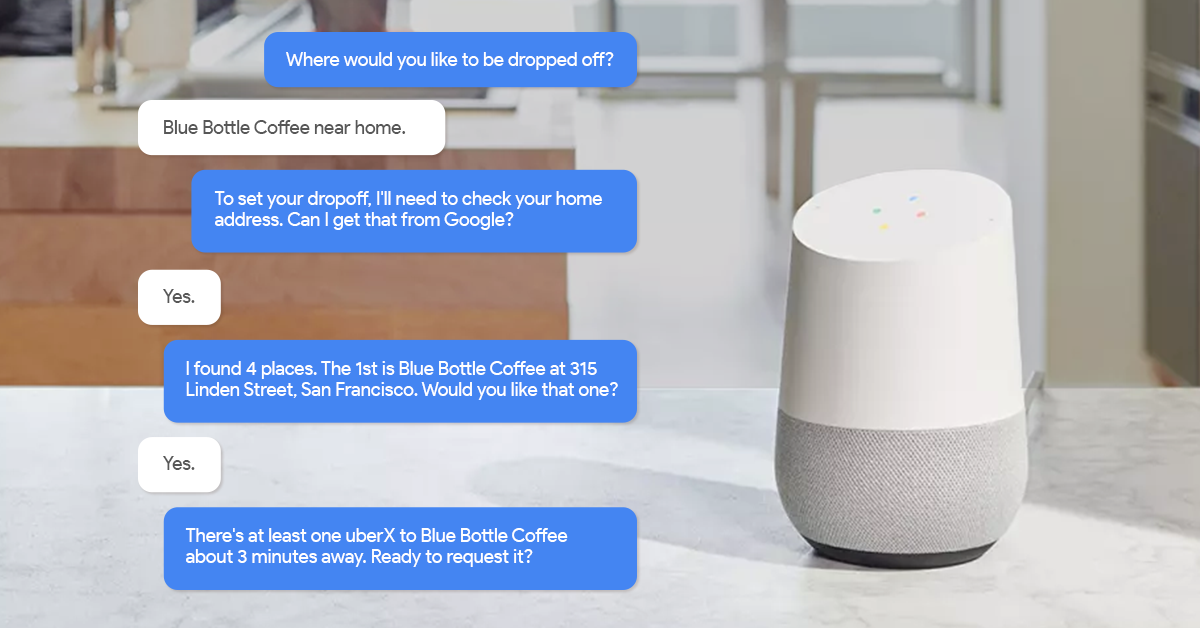 We joined halfway through the interaction above, but it's worth pointing out that once the Uber action asked the user "Where would you like to go?" the developer triggered the askForPlace helper to handle location disambiguation. The user is still speaking with Uber, but the Assistant handled all user inputs on the back end until a drop-off location was resolved. From there, Uber was able to wrap up the interaction and dispatch a driver.

Head over to the askForPlace docs to learn how to create a better user experience for your customers.

And to wrap up our new feature announcements, today we're introducing an improved experience for users who use your app regularly—without any work required on your end. Specifically, if users consistently come back to your app, we'll cut back on the introductory lead-in to get users into your Actions as quickly as possible.

Today's updates are part of our commitment to improving the platform for developers, and making the Google Assistant and Actions on Google more widely available around the globe. If you have ideas or requests that you'd like to share with our team, don't hesitate to join the conversation.

*Some countries are not eligible to participate in the developer community program, please review the terms and conditions