This is a guest post from Liquid Galaxy, one of the organizations that participated in both Google Summer of Code and Google Code-in 2017. 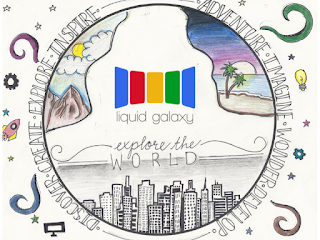 Liquid Galaxy, an open source project that powers panoramic views spanning multiple computers and displays, has been participating in Google Summer of Code (GSoC) since 2011. However, we never applied to participate in Google Code-in (GCI) because we heard stories from other projects about long hours and interrupted holidays in service of mentoring eager young students.

That changed in 2017! And, while the stories are true, we have to say it’s also an amazing and worthwhile experience.

It was hard for our small project to recruit the number of mentors needed. Thankfully, our GSoC mentors stepped up, as did many former GSoC students. We even had forward thinking students who were interested in participating in GSoC 2018 volunteer to mentor! While it was challenging, our team of mentors helped us have a nearly flawless GCI experience.

The Google Open Source team only had to nudge us once, when a student’s task had been pending review for more than 36 hours. We’re pretty happy with that considering we had nearly 500 tasks completed over the 50 days of the contest.

More important than our experience, though, is the student experience. We learned a lot, seeing how they chose tasks, the attention to detail some of them put into their work, and the level of interaction between the students and the mentors. Considering these were young students, ranging in age from 13 to 17, they far exceeded our expectations.

There was one piece of advice the Google Open Source team gave us that we didn’t understand as GCI newbies: have a large number of tasks ready from day one, and leave some unpublished until the halfway point. That ended up being key, it ensured we had enough tasks for the initial flood of students and some in reserve for the second flood around the holidays. Our team of mentors worked hard from the moment we were accepted into GCI to the moment we began to create over 150 tasks in five different categories. Students seemed to think we did a good job and told us they enjoyed the variety of tasks and level of difficulty.

We’re glad we finally participated in Google Code-in and we’ll definitely be applying next time! You can learn more about the project and the students who worked with us on our blog.