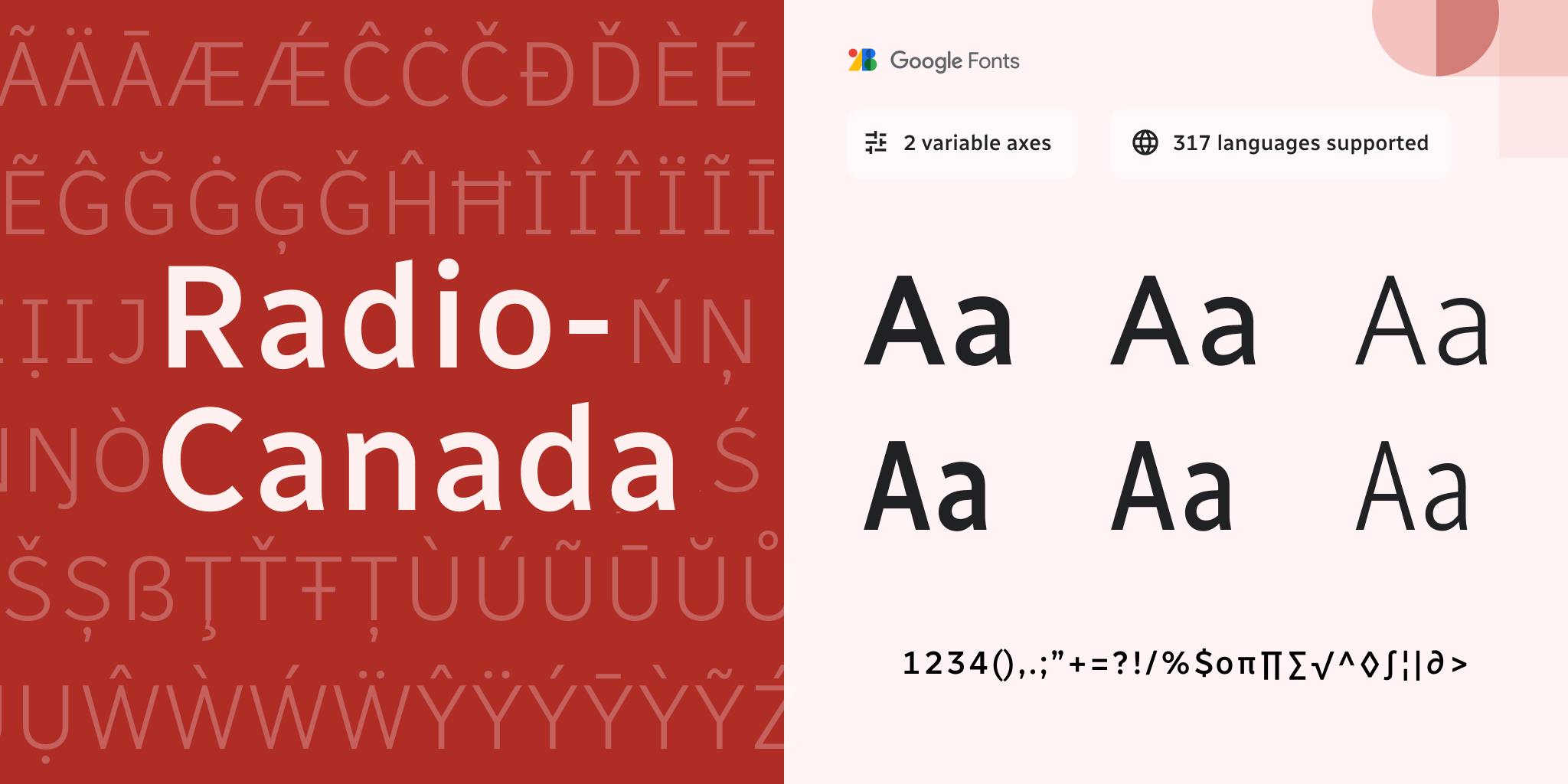 A typeface made to give a specific identity and distinction to the Canadian Broadcasting Corporation (CBC) and Radio-Canada’s public broadcasting platforms is now available on Google Fonts in many languages using the Latin writing system, including many indigenous languages spoken in Canada.

CBC/Radio-Canada is Canada's national public broadcaster. Its mandate is to inform, enlighten, entertain, and strengthen Canadian culture and diversity on radio, television, and digital platforms. As part of this mandate, CBC/Radio-Canada is proud to release its original typeface publicly and make it available through Google Fonts.

The Radio-Canada typeface was created in 2017 by Montreal-based designer and typographer Charles Daoud, in collaboration with Coppers and Brasses and Alexandre Saumier Demers.

The humanist style stands out with distinctive angles and subtle curves. In compliance with digital accessibility standards, the font’s x-height is intended to increase legibility, making it very effective when used in continuous text.

Several optimizations were made in 2021 thanks to Eli Heuer’s contributions. He expanded the static font into a variable font and increased the character set (490 to 679) and the number of supported Latin languages (106 to 317).

In 2022, Jacques Le Bailly (Baron von Fonthausen), with the expertise of Aaron Bell, expanded the font to include support of indigenous languages used in Canada, such as Sechelt, Algonquin, Ojibway, Carrier, and Chipewyan (more languages to be released).

The Radio-Canada typeface is offered in two styles (Roman and Italic), two widths (Regular and Condensed), and five weights (Light to Bold); and as a variable font.