https://lh4.googleusercontent.com/Obxe6Hdo7mt5JHWJG021xNZkbATJ06FOM5-h8KRqeGsoSIT-g0V5uT08g1KYdOVYUMBg360iiPbj8MRd42l7wqtM6pq0MZOfYIG7xKgIxFxdg4eJmFhDPZV_nyl3zpfRFwTCWLNh Daan van Esch Technical Program Manager Speech and Keyboard team
Bringing down language barriers is important to making the internet more inclusive and work for everyone. This rings particularly true for us here in India, where everyday more Indian language users are coming online. That’s why earlier this year, we launched a set of new products and features that help language users and better serve the needs of a billion Indians who’re coming online. This feature was already available for Hindi. Now, we’re taking the next step by bringing voice input to additional eight Indian languages, including Bengali, Gujarati, Kannada, Malayalam, Marathi, Tamil, Telugu, and Urdu. Starting today, speakers of these languages will be able to use their voice to dictate ––both in Gboard on Android as well as in Search through the Google App.

Search with your voice
Typing on your phone is slow and cumbersome (and you might walk into a street pole!). With today’s update, searching for stuff on your phone in these eight languages will get easier and faster. Now you can just talk to your phone to search for something and don’t need to fiddle with a tiny keyboard. For instance if you’re on the road to Kolkata looking for North Indian food, you can just ask for “tandoori cuisine” in any one of the newly launched languages, and the Google App will display the search results. To search with your voice in one of the eight Indian languages, open the Google app and pick your language in the Voice settings menu (tap the top-left menu and go to Settings, then pick Voice and select your language). 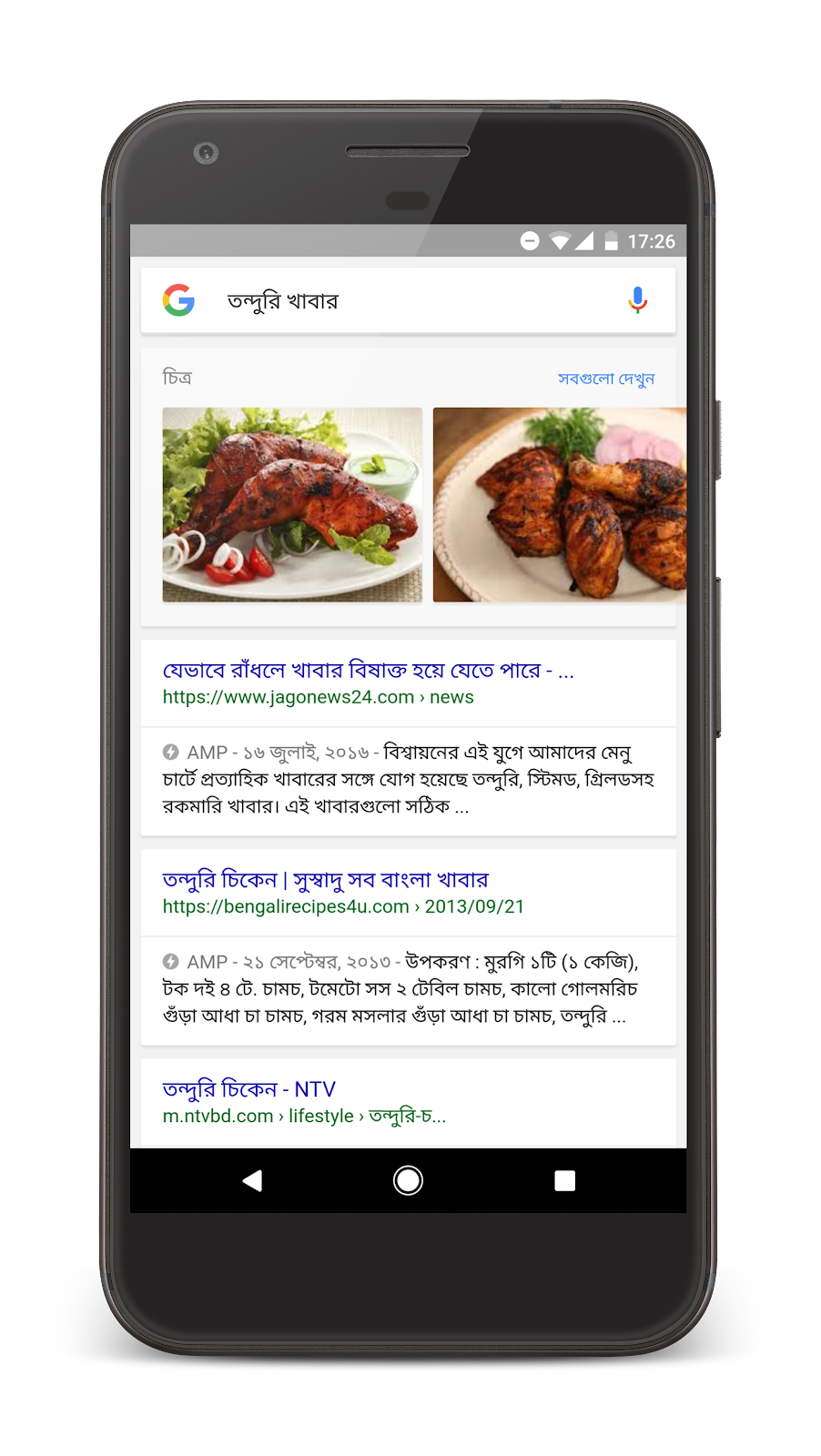 Type on Gboard with your voice Using voice to dictate a message is not just convenient, but also up to three times faster than typing. That’s why voice typing on Gboard can be helpful to send any kind of message from your phone––from responding to emails on the go, to sending texts to friends on messaging apps. For instance, if you’re on the move and have a long email to send, you can just use voice input through Gboard on Android and not have to bother with tapping away on a small phone keyboard. To enable Voice Typing in your keyboard, install Gboard from the Play Store and pick your language (press the G in the suggestion strip and select the Settings wheel). Then just tap the microphone to start speaking.

Powered by machine learning
To incorporate the new language varieties, we worked with native speakers to collect speech samples, asking them to read common phrases. This process trained our machine learning models to understand the sounds and words of the new languages and to improve their accuracy when exposed to more examples over time. And voice input for each of these language will get better over time, as more and more native speakers are making use of the product.

These new languages are also available starting today in Cloud Speech API and will soon be available across other Google apps and products, including the Translate app. With today’s update Google’s speech recognition supports 119 language varieties, in Gboard on Android, Voice Search and more.
Posted by Daan van Esch, Technical Program Manager, Speech and Keyboard team