We’re just days away from Thanksgiving – the busiest American travel holiday of the year. Just in time for the mad dash to grandma’s house or your bestie's friendsgiving across town, we’ve got two new and one tried-and-true way for Google Maps to get you where you’re going without the holiday traffic hassle.

If you spend Thanksgiving in Chicago, Detroit, Houston or New York City then the local Thanksgiving Day parades are likely a popular pre-feast activity. But what often comes with the fun is gridlock, roadblocks, and longer commute times. This year we’ve incorporated the road closures, transit schedule changes, and detours associated with the parades into Google Maps in each of these cities. Now those headed to the parade – or trying to avoid it – will see the parade route visualized on the map and Google Maps navigation will take into account the real-life local changes when navigating you around these cities. 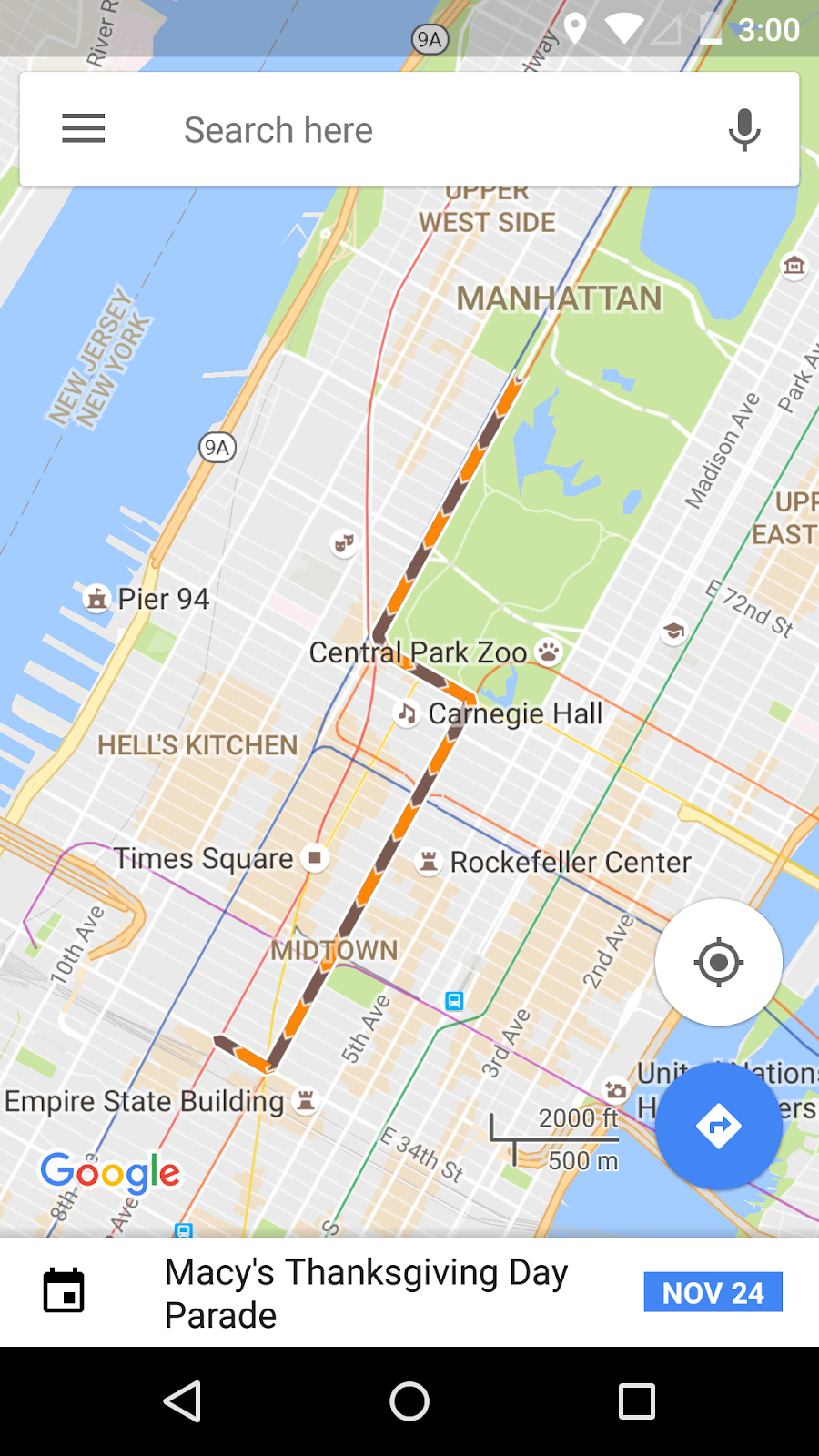 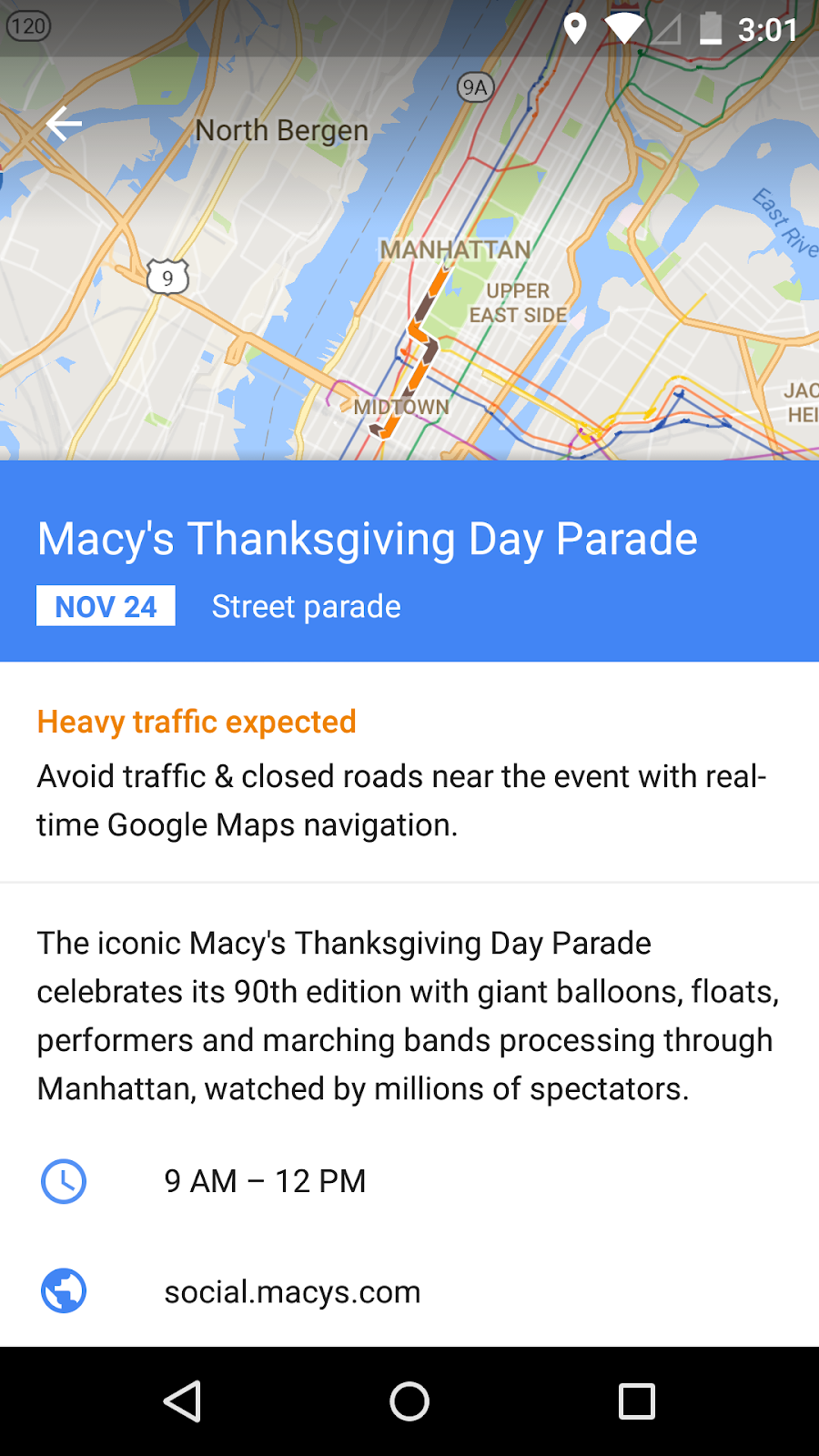 Beat the gridlock with real-time traffic alerts and re-routing

Don’t live in one of those cities? Don’t worry. We’ve already told you the best and worst times to leave for and return from your Thanksgiving road trips and once you’re on your way we’ll keep you on track with traffic alerts and real-time rerouting. Just input your destination and you get alerted about upcoming traffic conditions. While on the road, you’ll get a heads up if congestion lies ahead along with an estimate of how long the delay will be. When a faster alternative route is available, Google Maps will suggest it to you.

Beat the crowds with Popular Times in real-time

We looked at historical Google Maps data to determine the top five trending locations during the Thanksgiving holiday. It’s safe to say that if you’re planning to stop by a ham shop, outlet mall, pie shop, electronics store, or Christmas tree lot around Thanksgiving, you’ll run into throngs of last minute shoppers and deal hunters just like yourself. So just in time for holiday hordes, we've added a real-time look at how crowded a place is right now to help you decide when to go or whether you should head somewhere else.

If you’re dreading a holiday headache, let Google Maps be your Thanksgiving guide to a hassle free holiday.