The Testing on the Toilet (TotT) series was created in 2006 as a way to spread unit-testing knowledge across Google by posting flyers in bathroom stalls. It quickly became a part of Google culture and is still going strong today, with new episodes published every week and read in hundreds of bathrooms by thousands of engineers in Google offices across the world. Initially focused on content related to testing, TotT now covers a variety of technical topics, such as tips on writing cleaner code and ways to prevent security bugs.

While TotT episodes often have a big impact on many engineers across Google, until now we never did anything to formally thank authors for their contributions. To fix that, we decided to honor the most popular TotT episodes of 2014 by establishing the Testing on the Toilet Awards. The winners were chosen through a vote that was open to all Google engineers. The Google Testing Blog is proud to present the winners that were posted on this blog (there were two additional winners that weren’t posted on this blog since we only post testing-related TotT episodes).

The authors of these episodes received their very own Flushy trophy, which they can proudly display on their desks. 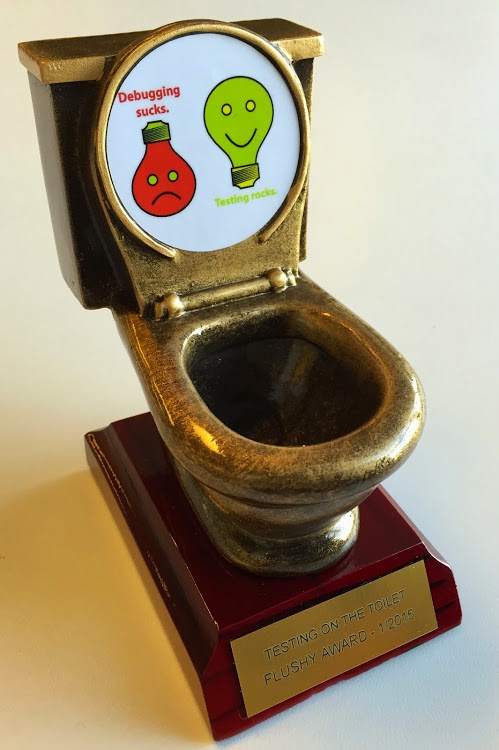 (The logo on the trophy is the same one we put on the printed version of each TotT episode, which you can see by looking for the “printer-friendly version” link in the TotT blog posts).

Congratulations to the winners!