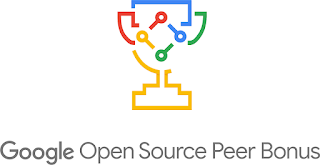 We are very excited to reward 25 open source contributors, specifically, for their work on Rust projects!
At Google, Open Source lies at the core of not only our processes but also many of our products. While we try to directly contribute upstream as much as possible, the Google Open Source Peer Bonus program is designed to reward external open source contributors for their outstanding contributions to FOSS, whether the contribution benefits Google in some way or not.
The Rust programming language is an open source systems programming language with a strong focus on memory safety. The language has a caring community and a robust package ecosystem, which have heavily contributed to its growing popularity. The Rust community shows dedication to maintaining quality packages and tooling, which we at Google are quite thankful for.

Among many other things, Google uses Rust in some open source projects, including Android, Fuchsia, and ICU4X; and has been participating in the efforts to evaluate Rust in the Linux Kernel. Google is also a founding member of the Rust Foundation.

Below is the list of winners who gave us permission to thank them publicly:
Thank you for your contributions to the Rust projects and ecosystem! Congratulations!
By Maria Tabak, Google Open Source and Manish Goregaokar, Rustacean Googler