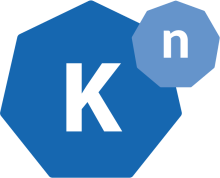 In 2018, the Knative project was founded and released by Google, and was subsequently developed in close partnership with IBM, Red Hat, VMware, and SAP. The project provides a serverless experience layer on Kubernetes, providing the building blocks you need to build and deploy modern, container-based serverless applications. Over the last three years, Knative has become the most widely-installed serverless layer on Kubernetes. More recently, Knative 1.0 was released, reaching an important milestone that was made possible thanks to the contributions and collaboration of over 600 developers in the community.
Google has worked closely with key maintainers and partners on the evolution of Knative, including conformance definition and stability ahead of the 1.0 milestone. To enable the next phase of community-driven innovation in Knative, today we have submitted Knative to the Cloud Native Computing Foundation (CNCF) for consideration as an incubating project, which begins the process to donate the Knative trademark, IP, and code.

As a leader in serverless computing, we’re committed to the future of Knative, and offering Knative 1.0 conformant Cloud Run and Cloud Run For Anthos products. Finding a home in the CNCF secures Knative’s long-term future and encourages continuing and open innovation. This donation recognizes the adoption and investment in Knative from the community, and will encourage further multi-vendor innovation, broader education and training.

At Google, we believe that using open source comes with a responsibility to contribute, sustain, and improve the projects that help drive innovation and make better software. We are excited to see how developers will continue to build and innovate in serverless using Knative.