In Android Q there's a new API which allows applications to capture the audio of other applications. It's called the AudioPlaybackCapture API and it enables some important use cases for easier content sharing and accessibility.

What does the user see?

In order to capture the audio of other apps the user must grant the record audio permission to the app doing the capturing. 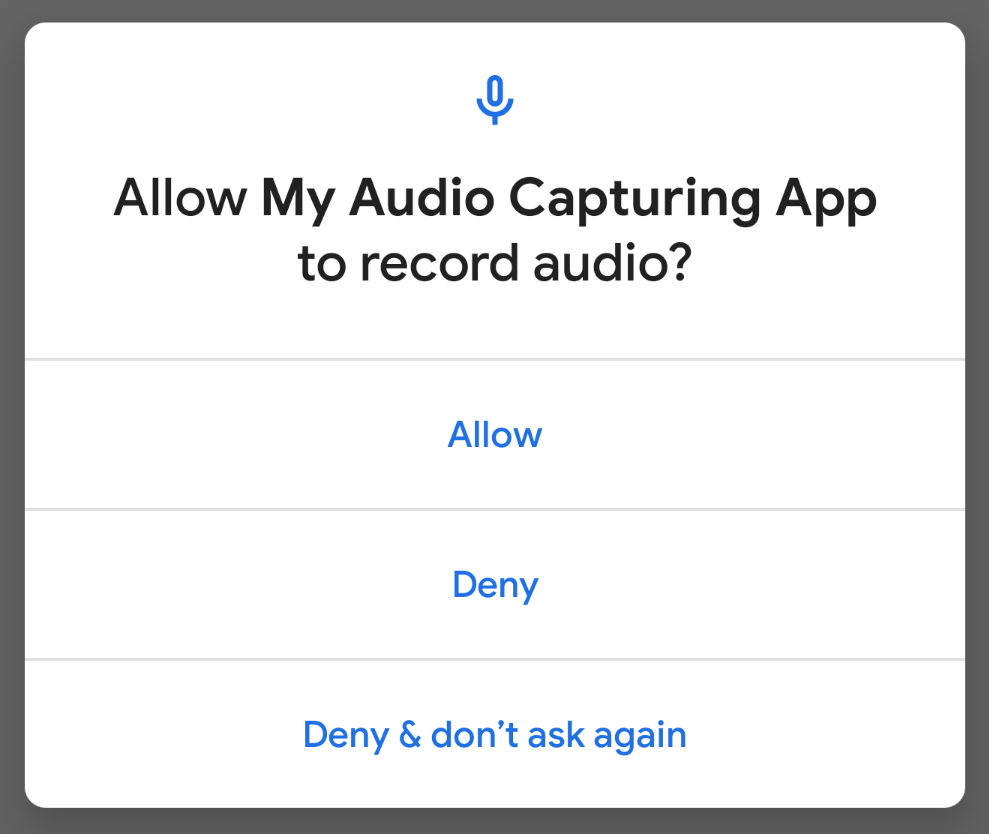 Additionally, before a capture session can be started the capturing app must call MediaProjectionManager.createScreenCaptureIntent(). This will display the following dialog to the user: 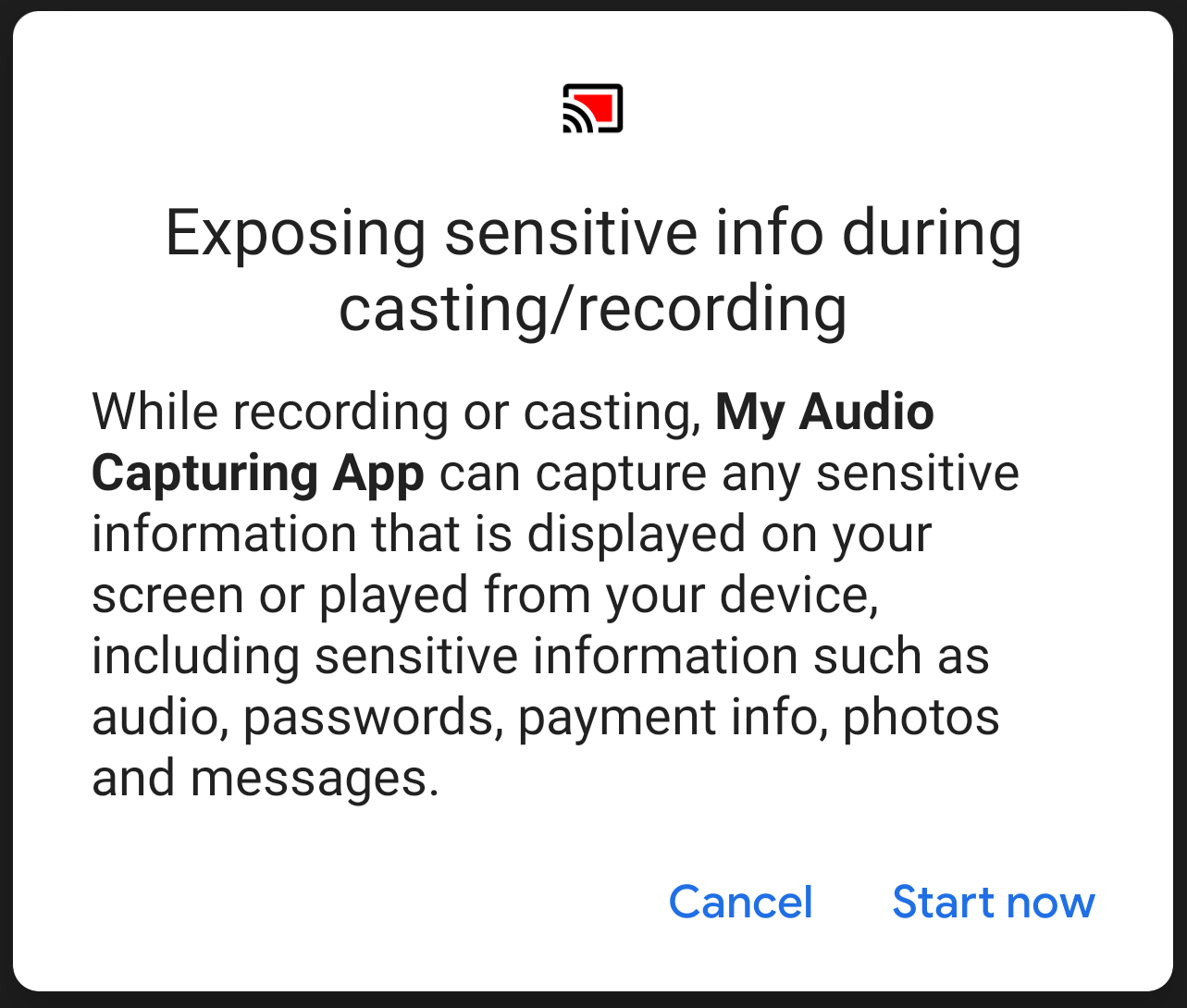 The user must tap "Start now" in order for a capturing session to be started. This will allow both video and audio to be captured.

During a capture session the cast icon is shown in red in the status bar.

Can my app's audio be captured?

Whether your app's audio can be captured by default depends on your target API. Here's a table which summarizes the default behaviour:

There may be situations where an app wishes to disallow its audio from being captured by other apps. This could be because the audio contains:

An app's audio capturing policy can be set either for all audio or for each individual audio player.


Disallowing capture of all audio by third party apps

To disallow capture of all audio by third party apps you can do either of the following:

Disallowing capture on a per player basis by third party apps

To disallow capture for an individual player you can set the capture policy for the audio player when it is built by calling:

This approach may be useful if your app plays content with differing licenses. For example, both copyrighted and royalty-free content.

By default system apps and components are allowed to capture an app's audio if its usage is MEDIA, GAME and UNKNOWN, as this enables important accessibility use cases, such as live captioning.


Disallowing capture of all audio

This can only be done programmatically by running the following code before any audio is played:

Disallowing capture on a per player basis

To disallow capture for an individual player you can set the capture policy for the audio player when it is built:

If your app is targeting API 28 or below and you would like to enable audio capture add android:allowAudioPlaybackCapture="true" to your app's manifest.xml.

If you would like to disallow some or all of your audio from being captured then update your app according to the instructions above.