Since the launch of the Google Maps SDK for iOS last December, we’ve brought over a dozen of the most requested features to the platform and today, alongside the update to the Google Maps for iOS app, we’re announcing v1.4 of the SDK. Download the SDK to add an immersive mapping experience to your app, powered by accurate data from Google Maps.

With this update, developers can write a few lines of code to access popular features of Google Maps including: Street View in 50 countries, more than one billion square feet of indoor floor plans, and an updated design of our map tiles. For an overview of the new features in this release, watch this introduction from Google Maps Developer Relations team, Mano Marks and Luke Mahe:

Street View
Why drive 5 million miles of roads when you can use a few lines of code to bring Street View to your app? Use Street View panoramas to give users additional visual cues about a location. Try embedding Street View alongside a map or business photos to give your app real-world context. Or find inspiration in some our creative Javascript Street View implementations: GeoGuessr, Driveway Decision Maker, and Converse Street Ready. 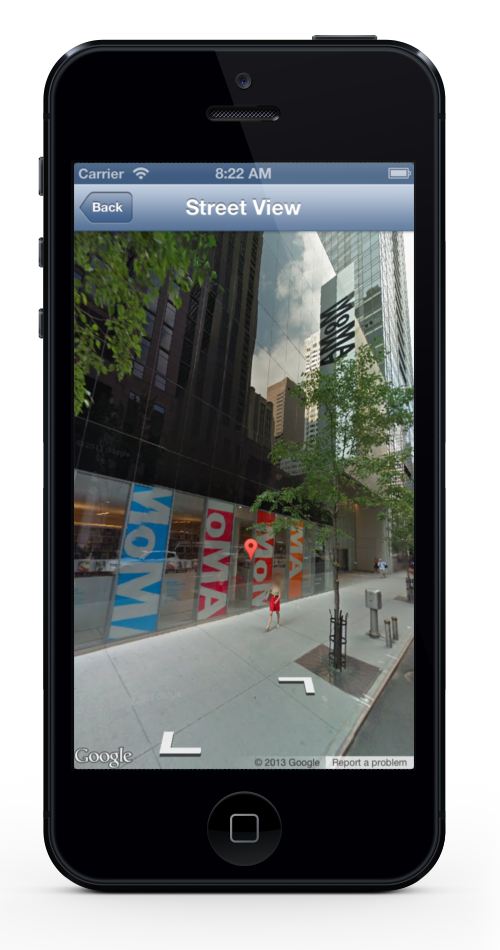 Indoor Floor Plans
Indoor floor plans let you bring your users one level deeper by giving them access to floor plans inside shopping malls, airports, train stations and more. In a store finder, imagine showing users the inside of the building where your store is located, rather than just street level. 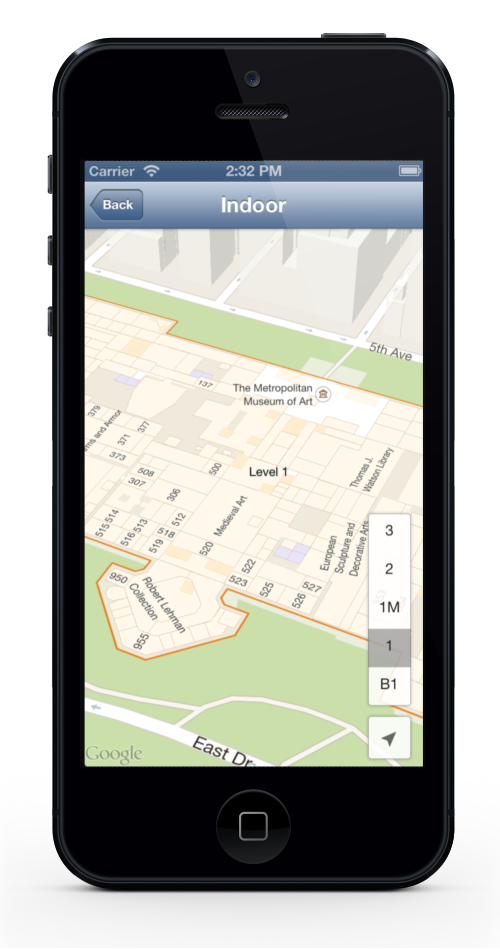 Updated Map Design
One point of feedback that we’ve heard consistently is that you want a map that blends seamlessly with your app UI. This version of the Google Maps SDK for iOS includes an update to the map tiles, that draws design inspiration from the new Google Maps. We’ve removed the yellow roads, which gives the map a more neutral palette, so that your app’s colors, styles, and map markers can stand out. 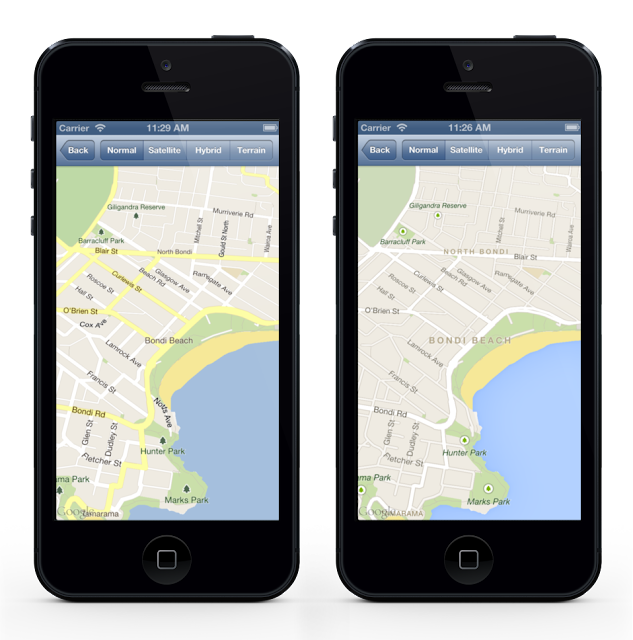 The updated map design (right) is inspired by the new Google Maps and has a more neutral palette, so that your app UI can shine.
We’re continuing to iterate rapidly to add features that you want. Let us know what you’d like to see in the next release of the Google Maps SDK for iOS using the issue tracker, and if you have questions, post them to the Google Maps API Developer Community.