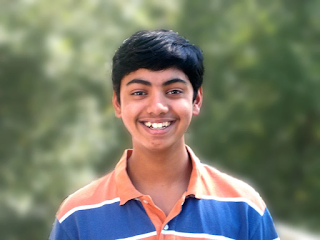 
Pranav’s shown interest in astronomy since looking up at the night sky at age 4. He later became interested in physics and worked in a lab focused on quasar research. Certain quasars (massive and extremely remote celestial objects, emitting exceptionally large amounts of energy ) cause an effect called gravitational lensing, which magnifies the light of distant galaxies that would otherwise be too faint to see. Compiling existing data from over 450,000 quasars, Pranav developed two algorithms to automatically find gravitationally lensed quasars and improve the accuracy and reliability of candidates identified for follow-up observations. Pranav’s most excited that his project and results might confirm the expansion of the universe, helping us determine our eventual fate.

What was the inspiration behind your project?

When I attended lectures at Fermi National Accelerator Laboratory, I repeatedly heard the phrases “dark matter,” “dark energy” and “future of the universe.” Curious by nature, I asked questions about these topics and eventually learned that very little is known about these two phenomena; in fact, the term “dark” literally describes our limited knowledge of them. I learned that gravitational lensing, which is caused by massive astronomical objects bending light and which results in multiple images of an astronomical light source, is an effective way to study these constituents of the universe. In particular, studying gravitational lensing of quasars, some of the brightest and most distant objects in the universe, may hold the key to understanding our future.

I was also inspired by research carried out by other researchers as part of the SDSS Quasar Lens Search (SQLS). Using an earlier version of the data set I utilized in this project, the SQLS researchers significantly increased the number of known lensed quasars. The success of the SQLS approach inspired me to develop my own method for identifying lensed quasars.

In the age of the Internet, it’s perhaps ironic that my interest in science started with a book. At the age of seven, I found a book called “Great Physicists” in my house; I picked up the book and found it fascinating.

As my interest in physics grew, I began reading books more focused on astrophysics and cosmology by Michio Kaku. When you see a book at the library titled “Physics of the Impossible,” it’s difficult to ignore!

The lectures at Fermilab were formative in crystallizing my interest in science. Though I understood only one or two words of the science being discussed in the talks, what stayed with me was the energy and excitement of scientists challenging each other in the room.

Science feeds my curiosity by allowing me to ask complex questions, challenge assumptions and explore interesting topics without worrying about assignments or tests. It’s like a jigsaw puzzle; there’s a great amount of satisfaction when the pieces start fitting together.

I learned from experience that starting small and building up to complex questions works best for young scientists. Feel confident about connecting with professionals – initially, it may be scary, but their willingness to help and their mentorship are worth much more than those few moments of anxiety.

When I ran into a technical roadblock, I contacted the primary researcher on the SQLS team in Japan; within 24 hours, he responded with valuable suggestions that I’m still pursuing to this day.