It was a great year for digital advertising. New technologies took off, helping brands, agencies and publishers reach today’s constantly connected consumers more easily and effectively than ever before. With budgets no longer being siloed, 20% of organizations incorporated digital into each marketing function, per a study by Adobe.

We compiled a few of the bigger changes in marketing and digital advertising in 2013, to see how far the industry has come along. View the full infographic here or see a brief summary below. 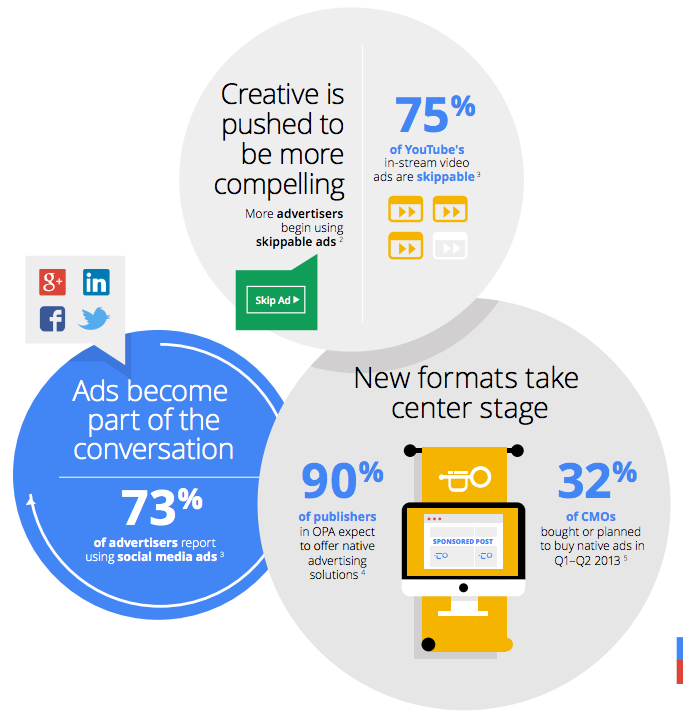 Redefining “integrated”
The new 360 media plan cannot overlook digital and the sheer number of screens people interact with. In 2012, Google released some research indicating that people use 3 screen combinations a day. In 2013, this manifested itself in the form of increased investments in multi-screen campaigns. 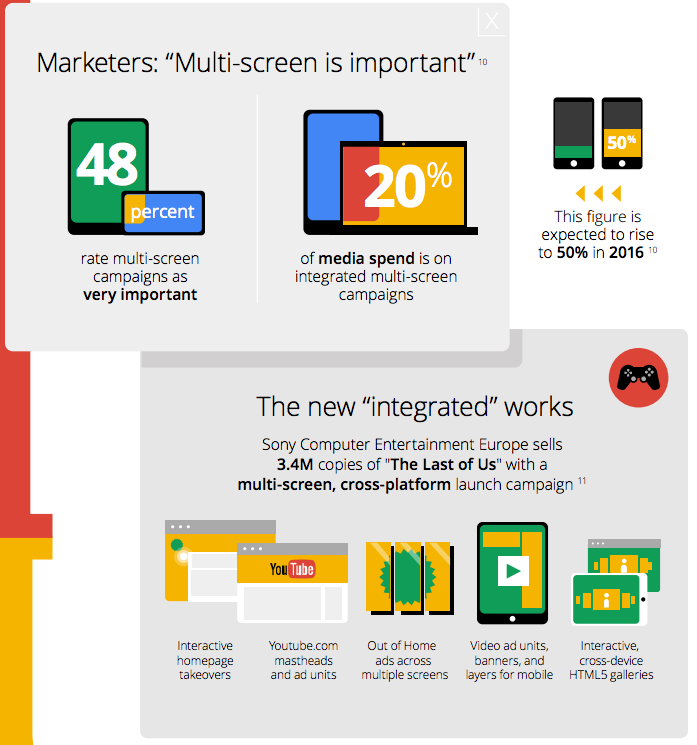 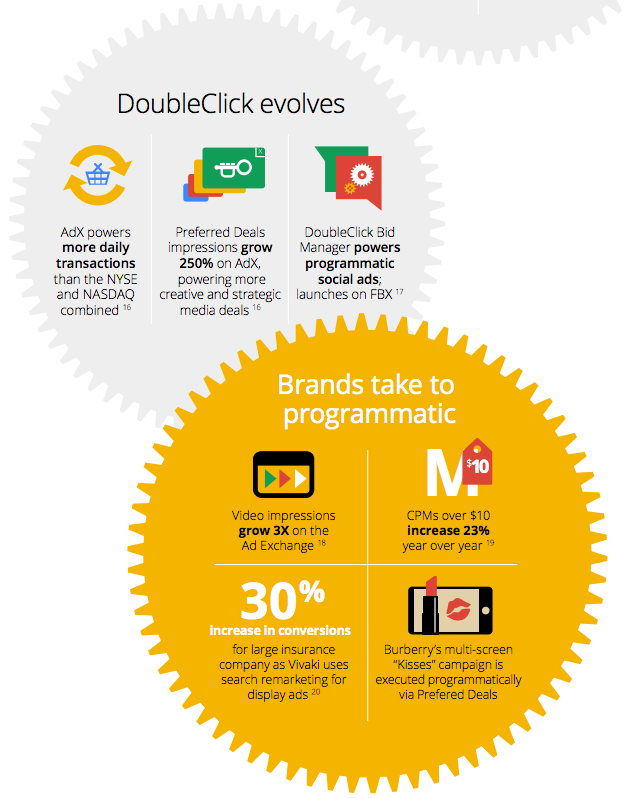 Redefining “success”
Earlier this year, AdAge released some research indicating that 50% of display ads are not viewed, making advertising viewability a hot industry topic. Google’s viewability measurement solution, ActiveView, got MRC-accredited. Last week, Google announced that it would enable viewability-based buys on the Google Display Network. Engagement Rate was another hot metric in 2013, with Cost per Engagement pay models enabled for ad formats like Engagement Ads on the Google Display Network. 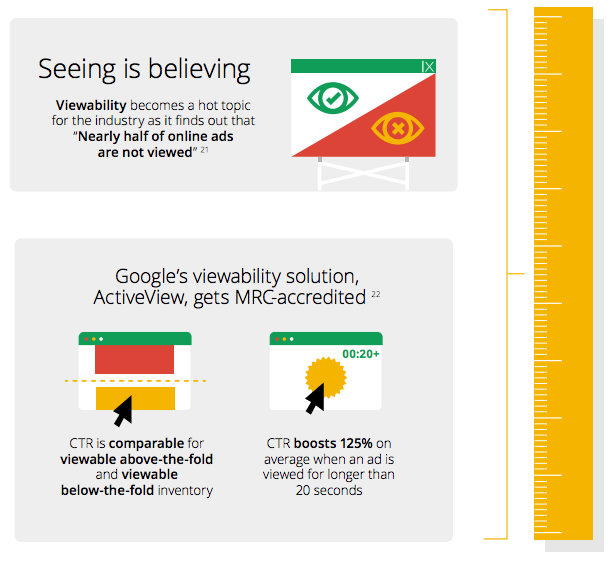