Editor's note: Posted by Romain Vialard, a Google Developer Expert and developer of Yet Another Mail Merge, a Google Sheets add-on.

Yet Another Mail Merge is a Google Sheets add-on that lets users send multiple personalized emails based on a template saved as a draft in Gmail and data in a Google Sheet. It can send hundreds of emails, but this kind of operation usually takes a few minutes to complete. This raises the question: what should be displayed in the user interface while a function is running on server side for a long time?

Firebase is all about real-time and became the answer to that issue. Last December, the Apps Script team announced a better version of the HtmlService with far fewer restrictions and the ability to use external JS libraries. With Firebase, we now had a solution to easily store and sync data in real-time.

Inside the loop, each time an email is sent (i.e. each time we use the method GmailApp.sendEmail()), we use the Apps Script UrlFetch service to write into Firebase using its REST API. Firebase's capabilities makes this easy & secure and there’s no need for an OAuth Authorization Flow, just a Firebase app secret, as shown in the following example:

On the client side, thanks to the improved Apps Script HtmlService, we can use the official JS client library to connect to Firebase and retrieve the data stored previously. Specifically, the on() method in this library can be used to listen for data changes at a particular location in our database. So each time a new task is completed on server side (e.g. new email sent), we notify Firebase and the UI is automatically updated accordingly.

In addition to the example above, there are other places where Firebase can be useful in Google Apps Script add-ons.

Those are just a few examples of what you can do with Apps Script and Firebase. Don’t hesitate to try it yourself or install Yet Another Mail Merge to see a live example. In addition, there is a public Apps Script library called FirebaseApp that can help you start with Firebase; use it like any other standard Apps Script library.

For example, you can easily fetch data from Firebase using specific query parameters:

Build your own add-ons via Google Apps Script. Check out the documentation (developers.google.com/apps-script) to get more information as well as try out the Quickstart projects there. We look forward to seeing your add-ons soon! 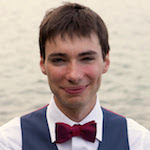 Romain Vialard is a Google Developer Expert. After some years spent as a Google Apps consultant, he is now focused on products for Google Apps users, including add-ons such as Yet Another Mail Merge and Form Publisher.