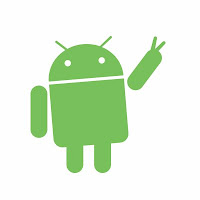 This week began with the announcement of Android 9 Pie and, as usual, the subsequent upstreaming of code to the Android Open Source Project (AOSP). But the release of Android 9 isn’t the only important Android news!

“I also wanted to take a moment to introduce myself as the new Tech Lead / Manager for AOSP. My name is Jeff Bailey, and I’ve been involved in the Open Source community for more than two decades. Since I joined the Android team a few months ago, I’ve been learning how we do things and getting an understanding of how we could work better with the community. I’d love to hear from you: @JeffBaileyAOSP on Twitter or [email protected]. Be well!”

As Jeff notes in his introduction, he has a history in free and open source software (FOSS). He’s been an avid user, contributor, and maintainer since before the Open Source Definition was inked!

Jeff co-founded Savannah, where GNU software is developed and distributed, spent 15 years working on Debian, and has been an Ubuntu core developer. Further, he spent some time on the Google Open Source team and was involved in open sourcing Android back in 2008.

Open source projects, even those which originate inside of companies, are powered by the community of users and contributors that surround them. And those communities thrive when they have stewards who are steeped in the traditions of free and open source software. We’re excited for AOSP as Jeff takes the reins. He brings both technical and cultural skills to the table, and he’s been involved with the project since the beginning!

Suffice it to say, AOSP is in good hands. We welcome Jeff to his new role and, as he said in his introduction, he’d love to hear from the community: you can reach Jeff on Twitter and via email.