Android Auto brings the Android platform to the car in a way that’s optimized for the driving experience, allowing the user to keep their hands on the wheel, and their eyes on the road. To learn how to extend your existing media and messaging apps to work within a car, we collaborated with Udacity to introduce a new course on Ubiquitous Computing with Android Auto.

Designed by Developer Advocates from Google, the course shows you how to take advantage of your existing Android knowledge to work on this new platform. The best part is that Android Auto is based on extensions to the regular Android framework, so you don't need to rewrite your existing apps to support it. You'll learn how to implement messaging apps, by using Notification extensions. You'll also learn how audio players just work on Android Auto when you use the Android media APIs. In both cases, we work through some simple Android samples, and then show what changes are needed to extend them for Android Auto. Finally, we show a complete music playing sample, and how it works across other platforms like Android Wear.

If you have an interest in Android-based messaging or media apps, then you need to learn about Android Auto. Users want to be able to take their experience to other places, such as their cars, and not just on their phones. Having Auto support will allow you to differentiate your app, and give users another reason to try it.

This class is part of our larger series on Ubiquitous Computing across Google platforms, such as Android Wear, Android Auto, Android TV, and Google Cast. Designed as short, standalone courses, you can take any course on its own, or take them all! The Android Auto platform is a great opportunity to add functionality that will distinguish your app from others. This Udacity course will get you up to speed quickly with everything you need to get started.

Get started now and try it out at no cost, your users are waiting! 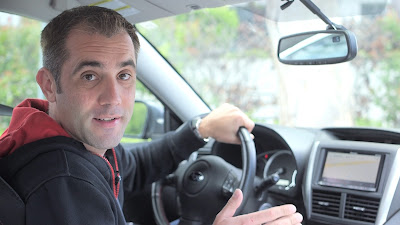