On the Android team, we view each dessert release as an opportunity to make Android better for our users and our ecosystem partners. One thing we've consistently heard from our device-maker partners is that updating existing devices to a new version of Android is incredibly time consuming and costly.

With Android O, we've been working very closely with device makers and silicon manufacturers to take steps toward solving this problem, and we're excited to give you a sneak peek at Project Treble, the biggest change to the low-level system architecture of Android to date.

Life of an Android Release

First, it's helpful to understand the "life of an Android release". There are several steps a new Android release goes through before getting into the hands of users: 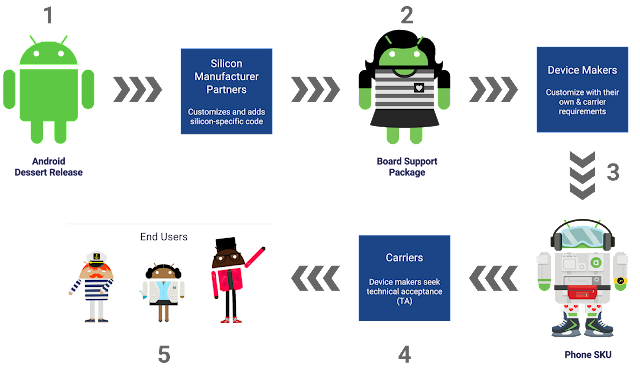