Ensuring Google Play remains trusted and secure is one of our top priorities. We've recently announced improvements in fighting spam installs as well as fake ratings & reviews. In order to underscore these announcements and provide more clarity, we have now updated our Developer Program Policies on incentivized ratings, reviews, and installs:


Developers must not attempt to manipulate the placement of any apps in the Store. This includes, but is not limited to, inflating product ratings, reviews, or install counts by illegitimate means, such as fraudulent or incentivized installs, reviews and ratings.

We deem an action to be incentivized if a user is offered money, goods, or the equivalent in exchange for the action – be it a rating, review or install. Incentivized ratings and reviews have always been against our policies and we will continue to take action against them in order to protect the integrity of our store. Installs done with the intent to manipulate the placement of an app in Google Play will be detected and filtered.

We've observed instances where incentivized installs are utilized solely to manipulate the placement of apps in Google Play; these instances are a policy violation. However, we also recognize that incentivized installs can be a legitimate user acquisition channel for some developers. In order to recognize these two distinct use cases, we are taking the following approach:

Through this approach, we hope to further ensure that the top charts and other discovery mechanisms on Google Play reflect the reality of the popularity of an app.

For more information on the Google Play policies, please visit the developer policy center. For tips and best practices to find success on Google Play, visit the Android Developers website. 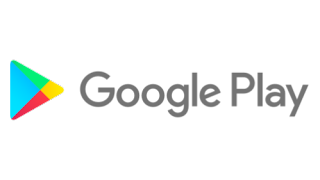