In the summer of 2012 I travelled in Myanmar (Burma) and found inspiration in the temples of Bagan, the floating gardens of Inle Lake and the sweltering heat and teaming markets of Yangon. As a country of 53 million, Myanmar’s recent opening-up has triggered an explosion of people coming online. As recently as 2011, a mere 500,000 Myanmar citizens were able to access the internet, which was less than 1 percent of the population. That number has grown to 2.6 million people as the availability of mobile phones has made it easier to get online. As Myanmar speakers embrace online tools, our team has been working hard to ensure Google is ready to support this new community in their own language.

To capture the nuances of this language and make sure the translations were accurate, consistent and complete, we relied on an array of Myanmar speakers from within the country, and around the world. In April 2013 we launched Google Search in Myanmar, and today we’re excited to announce that Gmail now supports Myanmar (Burmese), our 74th language. 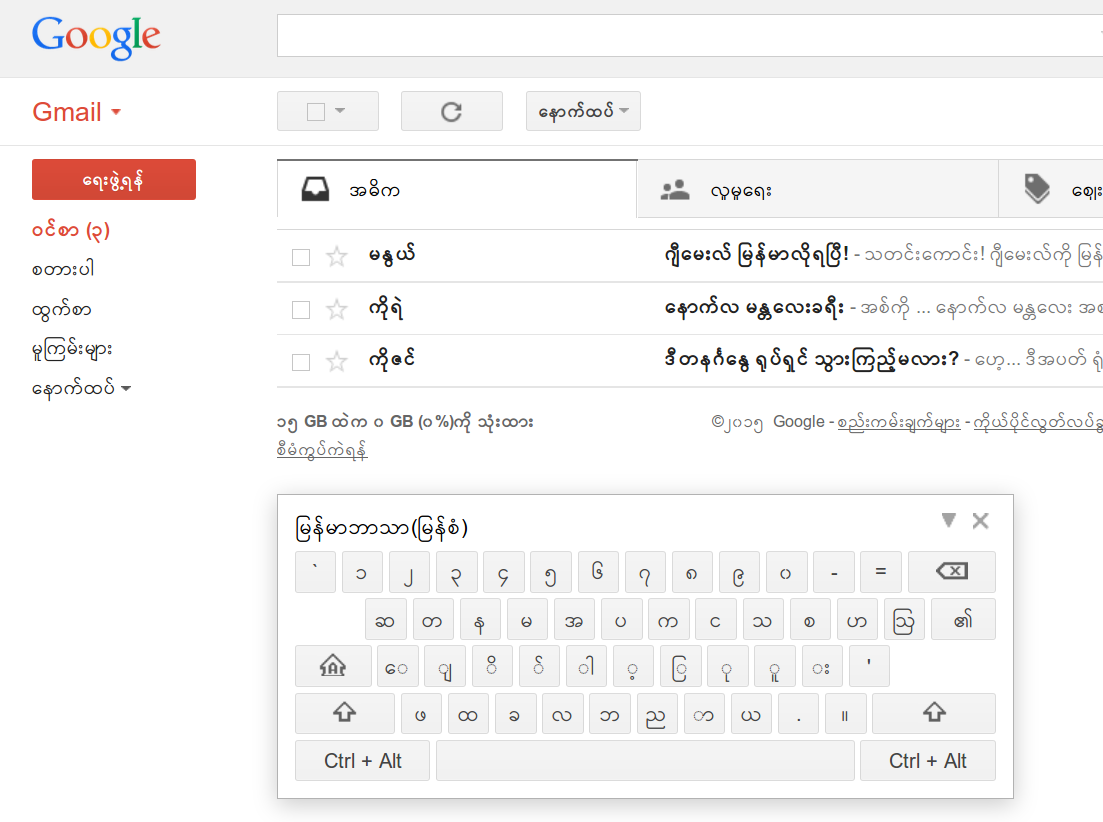 Myanmar speakers can switch their language in their Gmail settings starting today, and we couldn’t be happier that Gmail can now greet them with a hearty “Mingalaba” (မင်္ဂလာပါ)!