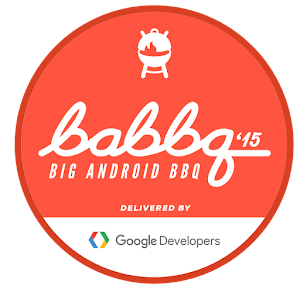 We’re excited to be involved in the Big Android BBQ (BABBQ) this year because of one thing: passion! Just like BBQ, Android development is much better when passionate people obsess over it. This year’s event is no exception. 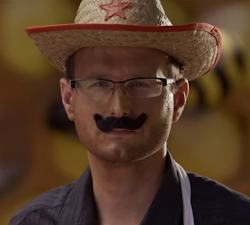 Take +Ian Lake for example. His passion about Android development runs so deep, he was willing to chug a whole bottle of BBQ sauce just so we’d let him represent Android Development Patterns at the conference this year. Or even +Chet Haase, who suffered a humiliating defeat during the Speechless session last year (at the hands of this charming bald guy). He loves BBQ so much that he’s willing to come back and lose again this year, just so he can convince you all that #perfmatters. Let’s not forget +Reto Meier. That mustache was stuck on his face for days. DAYS! All because he loves Android Development so much.

When you see passion like this, you just have to be part of it. Which is why this year’s BABBQ is jam packed with awesome Google Developers content. We’re going to be talking about performance, new APIs in Marshmallow 6.0, NDK tricks, and Wear optimization. We even have a new set of code labs so that folks can get their hands on new code to use in their apps.

Finally, we haven’t even mentioned our BABBQ attendees, yet. We’re talking about people who are so passionate about an Android development conference that they are willing to travel to Texas to be a part of it!

If BBQ isn’t your thing, or you won’t be able to make the event in person, the Android Developers and Google Developers YouTube channels will be there in full force. We’ll be recording the sessions and posting them to Twitter and Google+ throughout the event.

So, whether you are planning to attend in person or watch online, we want you to remain passionate about your Android development.