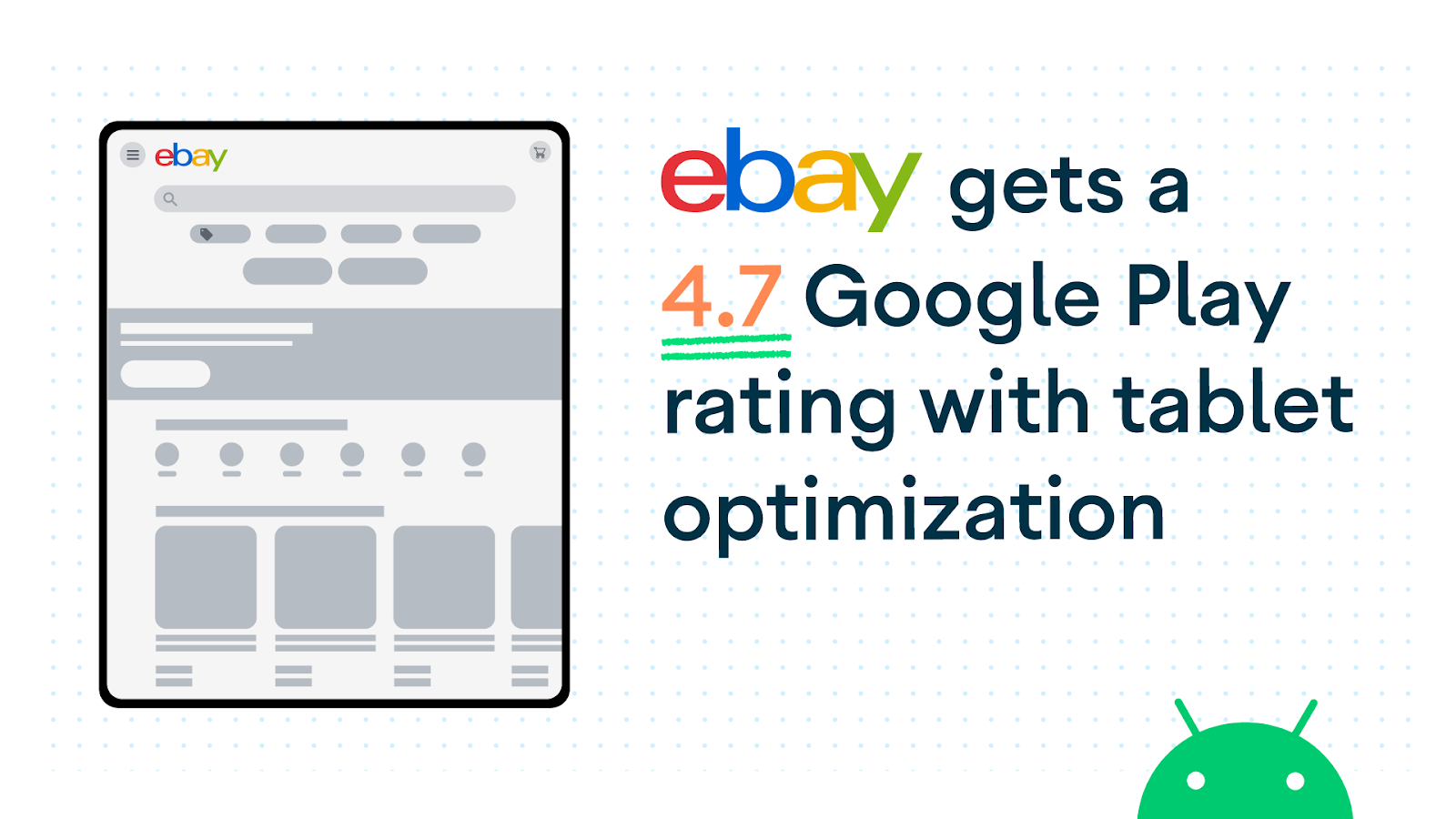 Posted by The Android Team

Investing in the user experience

For eBay, the massive online marketplace used by millions of buyers and sellers around the world, providing an optimal user experience is key to driving sales. So when the Android engineers on eBay’s architecture team recognized they could further improve the eBay app by optimizing it for large screens such as tablets and foldables, they knew they had to act fast to provide a seamless experience across devices. Their efforts paid off—the eBay app quickly earned 4.7 stars out of 5 on Google Play.

After combing through user stats, the team discovered that there was a surprisingly large subset of tablet users who accessed the eBay app on large screen Android devices. Encouraging new data shows that an eBay user will likely spend more time using the app if they’re using a tablet rather than a phone.

The eBay app is extremely information-dense, so being able to show users a full picture and description of available items was crucial to maintaining its popularity among buyers and sellers. Realizing that the extra screen space afforded by tablets would enhance users’ browsing and search experiences, eBay’s Android engineers improved the UX flow using list-detail patterns.

Mossman used Android’s powerful resource qualifier mechanisms to configure the best layouts for various devices, and updated the library of user interface components from eBay’s phone app for use on laptops and tablets. Additionally, by adopting industry guidelines for Android standardization, eBay’s architecture and feature teams aligned their processes for customizing apps, enabling them to deliver a better experience to users faster than before.

After improving the eBay experience for tablet users, Mossman and the developer team saw a spike in positive reviews on Google Play, raising the eBay Android app’s rating to 4.7 out of 5 stars. The developers also reported a definitive increase in user satisfaction after incorporating Material Design Components, dark theme support, and other eye-catching, intuitive features into the app. 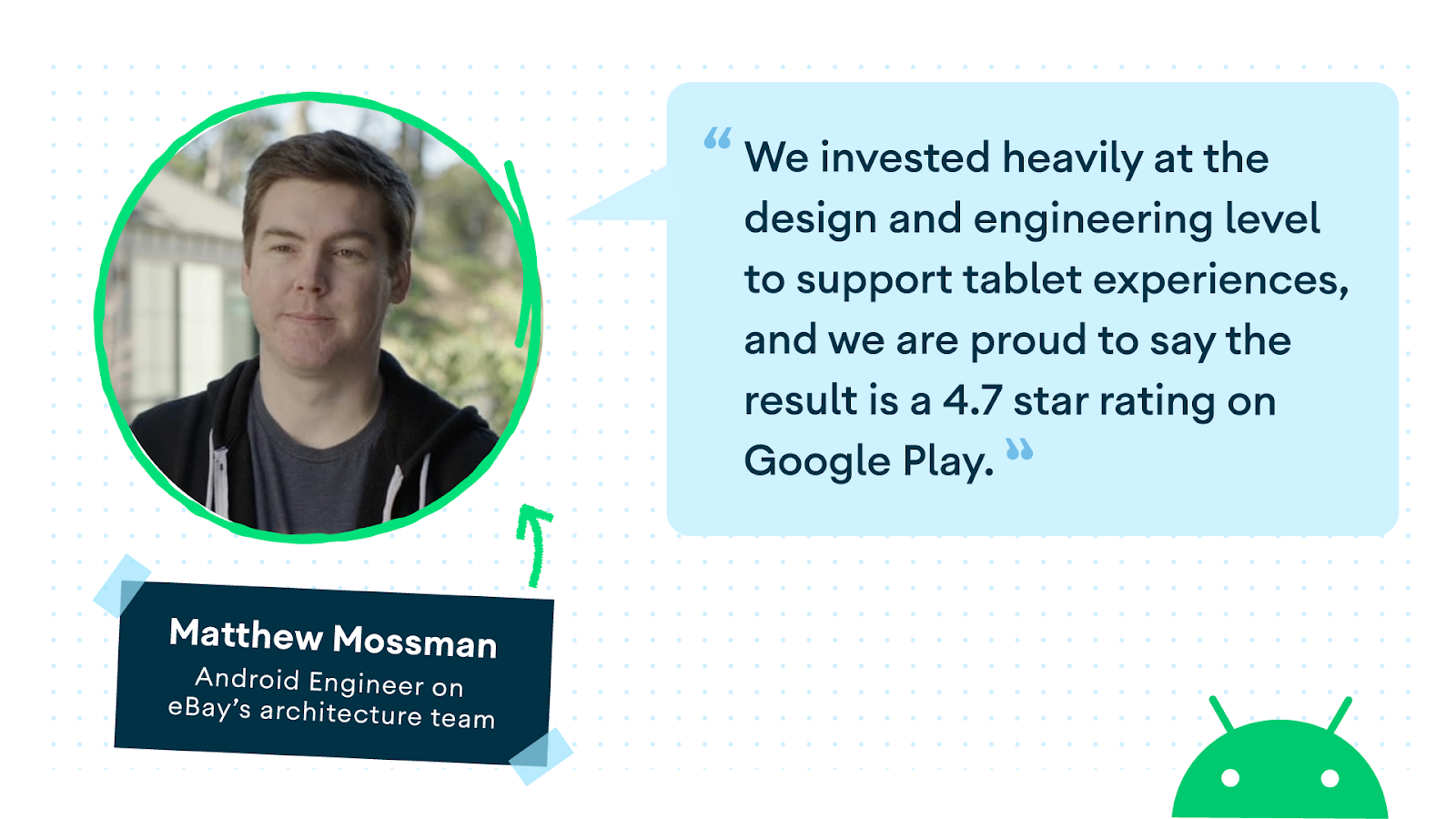 In upcoming releases, the developers expect to fully utilize the rich functionality of Jetpack Compose, a UI building tool kit that was recently enabled for eBay’s Android app. Metrics and reporting from Firebase helped the team pinpoint further opportunities for growth and improvement that will additionally benefit eBay app users.

Learn more about optimizing across devices

Learn about the unique experiences being created for bigger screens on Android and Chrome OS devices.