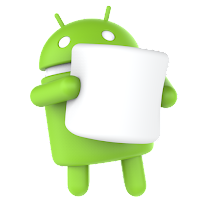 Whether you like them straight out of the bag, roasted to a golden brown exterior with a molten center, or in fluff form, who doesn’t like marshmallows? We definitely like them! Since the launch of the M Developer Preview at Google I/O in May, we’ve enjoyed all of your participation and feedback. Today with the final Developer Preview update, we're introducing the official Android 6.0 SDK and opening Google Play for publishing your apps that target the new API level 23 in Android Marshmallow.

Get your apps ready for Android Marshmallow

Although the Android 6.0 SDK is final, the devices system images are still developer preview versions. The preview images are near final but they are not intended for consumer use. Remember that when Android 6.0 Marshmallow launches to the public later this fall, you'll need to manually re-flash your device to a factory image to continue to receive consumer OTA updates for your Nexus device.

Compared to the previous developer preview update, you will find this final API update fairly incremental. You can check out all the API differences here, but a few of the changes since the last developer update include:

Google Play is now ready to accept your API 23 apps via the Google Play Developer Console on all release channels (Alpha, Beta & Production). At the consumer launch this fall, the Google Play store will also be updated so that the app install and update process supports the new permissions model for apps using API 23.

To make sure that your updated app runs well on Android Marshmallow and older versions, we recommend that you use Google Play’s newly improved beta testing feature to get early feedback, then do a staged rollout as you release the new version to all users.