At Google I/O last year we announced ConstraintLayout, which enables you to build complex layouts while maintaining a flat view hierarchy. It is also fully supported in Android Studio's Visual Layout Editor.

At the same time, we open sourced FlexboxLayout to bring the same functionalities of the CSS Flexible Layout module to Android. Here are some cases where FlexboxLayout is particularly effective.

That means if you add the flexWrap="wrap" attribute, FlexboxLayout puts a view to a new line if there is not enough space left in the current line as shown in the picture below.

One layout for various screen sizes

With that characteristic in mind, let's take a case where you want to put views sequentially but have them move to new lines if the available space changes (due to a device factor, orientation changes or the window resizing in the multi-window mode). 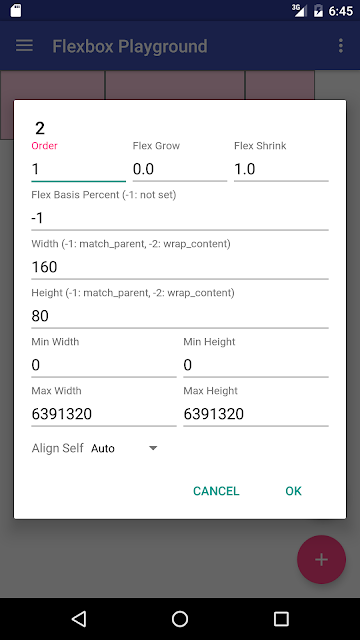 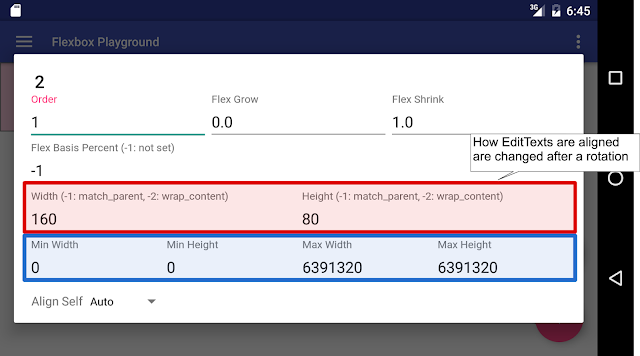 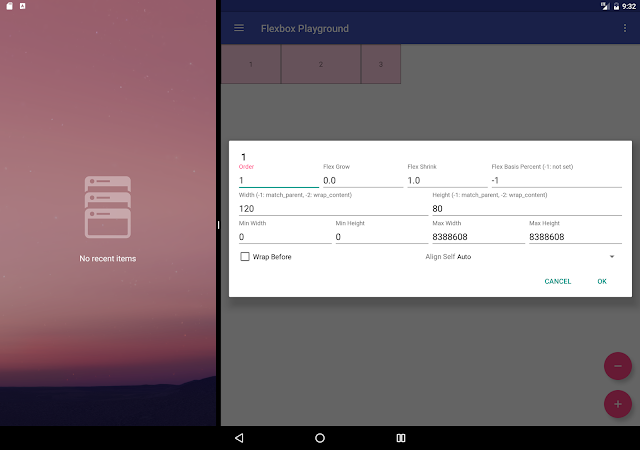 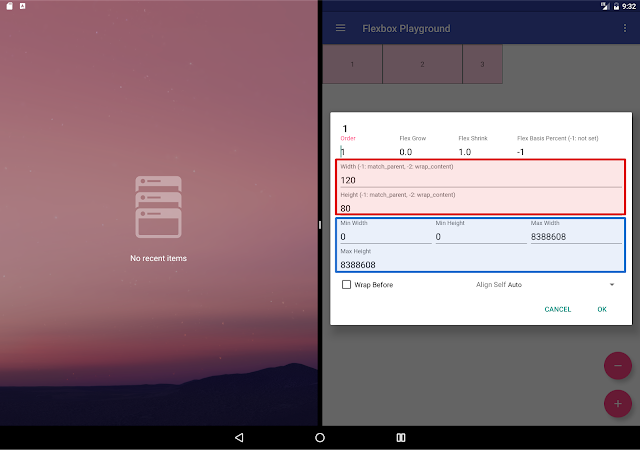 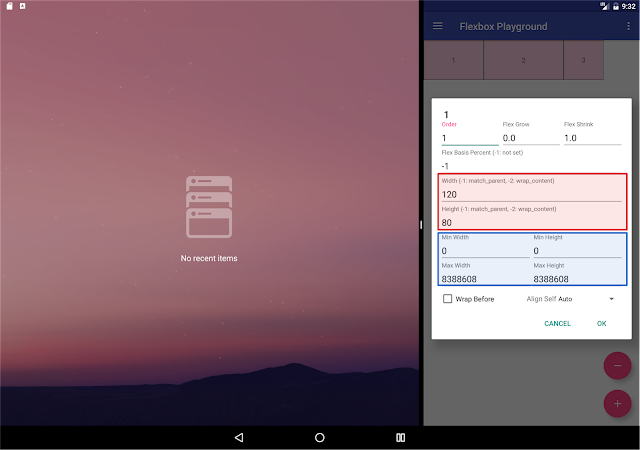 You would need to define multiple DP-bucket layouts (such as layout-600dp, layout-720dp, layout-1020dp) to handle various screen sizes with traditional layouts such as LinearLayout or RelativeLayout. But the dialog above is built with a single FlexboxLayout.

The technique used in the example is setting the flexWrap="wrap" as explained above,

then you can get the following layout where child views are aligned to a new line instead of overflowing its parent.

In the example below, it assumes each child has the layout_flexGrow attribute set to 1, so free space will be evenly distributed to each of them.

You can check out the complete layout xml file in the GitHub repository.

Note that you can still achieve a scrollable Flexbox container with FlexboxLayout wrapped with ScrollView. But, you will be likely to experience jankiness or even an OutOfMemoryError if the number of items contained in the layout is large, as FlexboxLayout doesn't take view recycling into account for the views that go off the screen as the user scrolls.

(If you would like to learn more about the RecyclerView in details, you can check out the videos from the Android UI toolkit team such as 1, 2)

A real world example where the RecyclerView integration is useful is for apps like the Google Photos app or News apps, both expect large number of items while needing to handle various width of items.

One example is found in the demo application in the FlexboxLayout repository. As you can see in the repository, each image shown in RecyclerView has a different width. But by setting the flexWrap setting to wrap,

If you would like to see complete FlexboxLayout example, you can check:

Check out the full documentation for other attributes to build flexible layouts tailored for your needs. We're very open to hear your feedback, if you find any issues or feature requests, please file an issue on the GitHub repository.