At this weekend’s Miami Grand Prix, I’ll be cheering on two of my favorite Formula 1 drivers — Lando Norris and Daniel Ricciardo — as they race around the track in McLaren Formula 1 cars fashioned with Android-inspired engine covers and slick, Chrome-inspired wheel covers.

Earlier this year, Google became an Official Partner of the McLaren Formula 1 Team, a sport that is data-driven at heart and a natural fit for our products. We specifically teamed up with McLaren because of our shared values, especially around sustainability and inclusion. In 2011, McLaren was the first F1 team to be certified carbon neutral, and they’re currently in the process of adopting renewable energy across all their operations. They also recently announced their first woman driver for the Extreme E electric racing series as a first of many efforts to improve representation.

Through our partnership, we're pairing the engineering excellence of McLaren’s race cars with Google technology to help maximize race-day performance. McLaren’s crew is already using Android connected devices and equipment, including phones, tablets and earbuds, to help improve pit stops, and their pit team will use Fitbit devices to monitor their overall health and wellbeing, including heart rate and breathing rate. The team will also exclusively use the Chrome browser. Meanwhile, the Extreme E McLaren Team will bring Pixel 6s and Pixel Buds to their off-road racing operations for the first time this season. 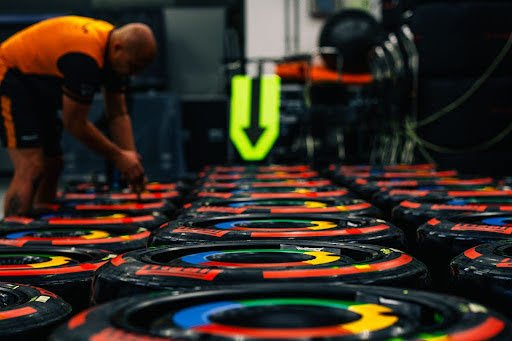 This collaboration has the potential to solve big and complex engineering challenges — from improving the team’s telemetry and design capabilities through AI, to speeding up decision making and safeguarding team communications using Android 5G. We've got an exciting road ahead with McLaren Racing, and our feet are placed firmly on the gas.