Google Cloud continues its push into media and entertainment since completing the acquisition of online video platform Anvato and a collaboration with Autodesk at NAB earlier this year. Media use cases like multi-screen video transcoding, livestreaming to global audiences and 3D rendering power demand from customers in every industry where video and creative content is used, from advertising to education and beyond.

Today we're announcing the release of an expansion of ZYNC Render to support two new host platforms: SideFX Houdini and Maxon Cinema 4D. Both integrations will open the cost and productivity benefits for animators to leverage the power of Google Cloud Platform (GCP) to bring their projects to life, bringing massive scalability and compute access to the animation industry. 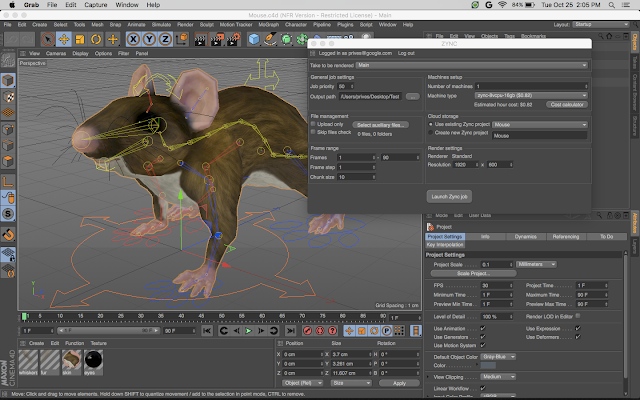 ZYNC is a turnkey rendering solution for boutique to mid-size studios that allows artists to focus on content creation. It does this through plugins to popular modeling and animation that software artists already use, offering one-stop access to powerful compute, storage and software licenses on GCP.

Users of Houdini, a leading package for complex 3D effects, can now utilize up to 32,000 cores on GCP for their rendering projects. To purchase a traditional render farm of this size is often well beyond the resources of most small to mid-size studios. Instead, artists can render on-demand, paying on a per-minute basis with the full economic benefits of GCP.

The media team at Google Cloud is excited to bring cloud-based rendering to the animation industry. We continue to be driven by empowering creative professionals with world-class infrastructure, giving even the smallest studio equal resources to rival the largest production houses.