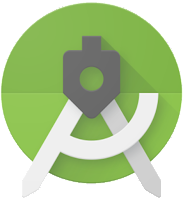 Android Studio 2.3 is available to download today. The focus for this release is quality improvements across the IDE. We are grateful for all your feedback so far. We are committed to continuing to invest in making Android Studio fast & seamless for the millions of Android app developers across the world.

We are most excited about the quality improvements in Android Studio 2.3 but you will find a small set of new features in this release that integrate into each phase of your development flow. When designing your app, take advantage of the updated WebP support for your app images plus check out the updated ConstraintLayout library support and widget palette in the Layout Editor. As you are developing, Android Studio has a new App Link Assistant which helps you build and have a consolidated view of your URIs in your app. While building and deploying your app, use the updated run buttons for a more intuitive and reliable Instant Run experience. Lastly, while testing your app with the Android Emulator, you now have proper copy & paste text support.

For more detail about the features we added on top of the quality improvements Android Studio 2.3, check out the list of the new features below:

ConstraintLayout also supports ratios, which is helpful when you want to maintain the aspect ratio of widget as the containing layout expands and contracts. Learn more about ratios. Additionally, both Chains and Ratios in ConstraintLayout can support programmatic creating with ConstraintSet APIs.

To recap, Android Studio 2.3 includes these new features and more:


Learn more about Android Studio 2.3 by reviewing the release notes.

We appreciate any feedback on things you like, issues or features you would like to see. Connect with us -- the Android Studio development team -- on our Google+ page or on Twitter.