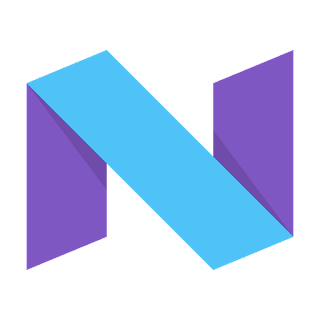 As we put the finishing touches on the next release of Android, which will begin to roll out to consumers later this summer, we’re releasing the 4th Developer Preview of Android N, including the Android N final SDK. And thanks to your continued feedback over the last three releases, all of the APIs are now final as well. If you’ve already enrolled your device in the Android Beta Program, (available at android.com/beta) you will receive an update to this Developer Preview shortly.

Get your apps ready for Android N

The final SDK for Android N is now available for download through the SDK Manager in Android Studio. It gives you everything you need to develop and test against the official APIs in the Android N platform. Once you’ve installed the final SDK, you can update your project’s compileSdkVersion to API 24 to develop with the Android N APIs and build and test on the new platform, for new features such as Multi-window support, direct-reply notifications, and others. We also recommend updating your app’s targetSdkVersion to API 24 to opt-in and test your app with Android N specific behavior changes. For details on how to setup your app with the final SDK, see Set up the Preview. For details on API level 24 check out the API diffs and the updated API reference, now hosted online.

Along with the Android N final SDK, we’ve also updated the Android Support Library to 24.0.0. This allows you to use multi-window and picture-in-picture callbacks, new notification features, methods for supporting Direct Boot, and new MediaBrowser APIs in a backward compatible manner.

Now that you have a final set of APIs, you can publish updates compiling with, and optionally targeting, API 24 to Google Play. You can now publish app updates that use API 24 to your alpha, beta, or even production channels in the Google Play Developer Console. In this way, you can test your app’s backward-compatibility and push updates to users whose devices are running Developer Preview 4.

To make sure that your updated app runs well on Android N, as well as older versions, a common strategy is to use Google Play’s beta testing feature to get early feedback from a small group of users -- including developer preview users — and then do a staged rollout as you release the updated app to all users.

How to Get Developer Preview 4

Developer Preview 4 includes updated system images for all supported Preview devices as well as for the Android emulator. If you are already enrolled in the Android Beta program, your devices will get the Developer Preview 4 update right away, no action is needed on your part. If you aren’t yet enrolled in Android Beta, the easiest way to get started is by visiting android.com/beta and opt-in your eligible Android phone or tablet -- you’ll soon receive this (and later) preview updates over-the-air. As always, you can also download and flash this update manually. The N Developer Preview is available for Nexus 6, Nexus 5X, Nexus 6P, Nexus 9, and Pixel C devices, as well as General Mobile 4G [Android One] devices and the Sony Xperia Z3.

Thanks so much for all of your feedback so far. Please continue to share feedback or requests either in the N Developer Preview issue tracker, N Preview Developer community, or Android Beta community as we work towards the consumer release later this summer. We’re looking forward to seeing your apps on Android N!