It’s a busy week in Washington, but you don’t need to be in the nation’s capital to be a part of it. YouTube will deliver each big moment live.

Tonight at 9 p.m. ET, President Obama’s fifth State of the Union address will stream live on the White House’s YouTube channel, followed by the Republican response by Representative Cathy McMorris Rodgers on Speaker Boehner’s channel. Senator Mike Lee will deliver the Tea Party response and Senator Rand Paul will offer remarks as well. Several of our news partners will also share their coverage of the event on YouTube, including the New York Times, Wall Street Journal, Washington Post, The Young Turks, and NowThis News. 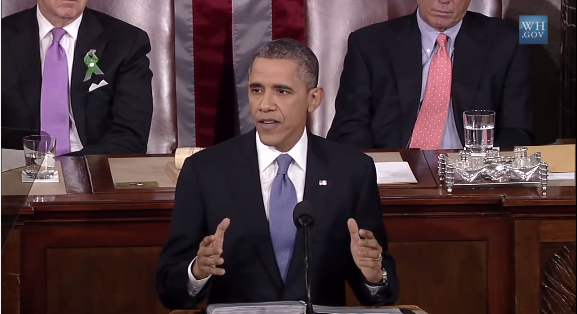 This Friday at 2 p.m. ET, President Obama will participate in the first-ever Presidential Hangout Road Trip. He’ll “travel” the country and hop into Google+ Hangouts with people from across the nation to answer their questions and hear their thoughts about the topics he addressed in tonight’s speech.

If you’d like to join the Hangout, record a 60-second video with your name, location, a bit about yourself and the question you’d like to ask the president. Then post it on YouTube with the hashtag #AskObama2014.

Tune in all week and keep up with the latest news by subscribing to youtube.com/news.