Every adventure starts somewhere, and YouTube’s began on Saturday, April 23, 2005, when "Me at the Zoo" became the first video uploaded to a new site no one had ever heard of. Captured at California's San Diego Zoo, the clip is a 19-second description of what exactly makes elephants so cool. Its brief runtime and casual setup suggest little of the online video craziness that would follow over the subsequent decade.

“Me at the Zoo” proved to be a simple distillation of the premise of a new platform, where anyone could just turn on a camera and broadcast themselves with ease. Who could have predicted that, in that same environment, new genres, new forms of expression, and new paths to stardom would evolve? That engaging and unique personalities borne of this place could be more influential than Hollywood's biggest names? Or that more than a billion people from all corners of the globe would come together in that space to experience what the world creates, broadcasts, and shares?

Yeah. We were surprised, too.

For our 10th birthday this month, we've gone from A to Z celebrating the adorable, empowering, awesome, weird and wonderful moments that represent the many sides of YouTube. But, of course, if we're really going to capture 10 years of YouTube, we're going to need to do it in … a video:

Thanks for a wild and inspiring 10 years. Now, you've got 300 hours of video to capture and share in the next minute. So get back to it!

**Bonus Points: How well do you know YouTube, A to Z? Play the YouTube trivia game to find out at YouTube.com/10 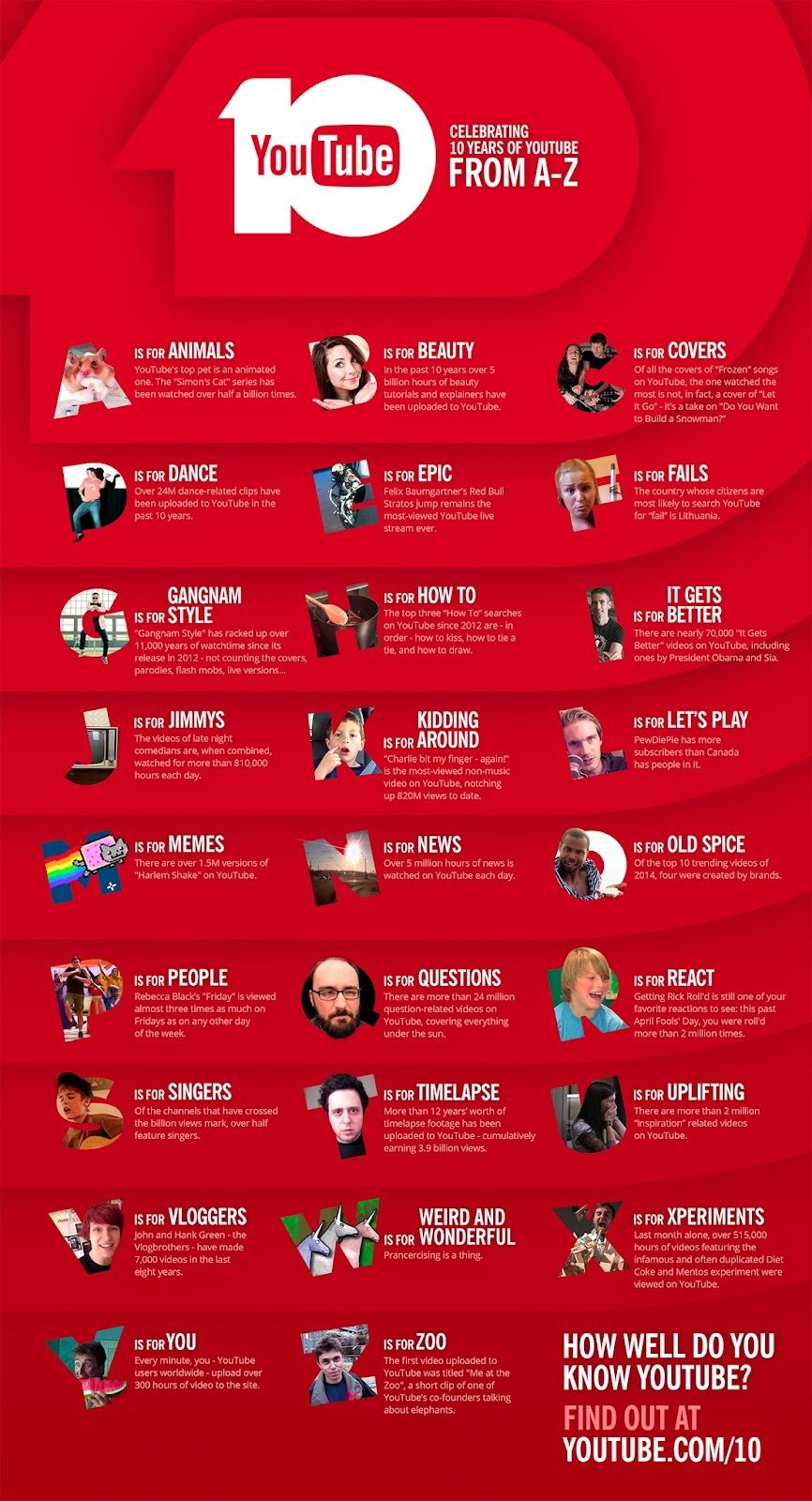