Google Developers Codelabs provide guided coding exercises to get hands-on experience with a wide range of topics such as Android Wear, Firebase and Web. Google Cloud Platform (GCP) has its own section, with codelabs for Google Compute Engine, Google App Engine, Kubernetes and many more.

We’re always working to create new content, and I’m happy to announce that we now have new codelabs for running Windows and .NET apps on GCP, with their own dedicated page. Here’s an overview to help you get started. 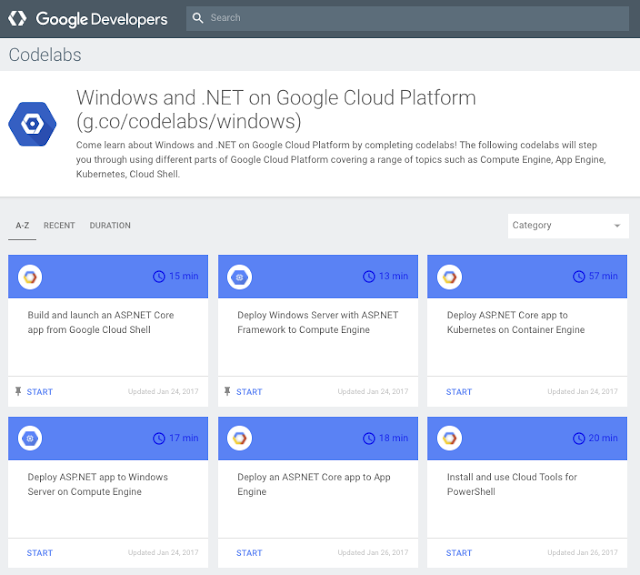 Regardless of where you deploy your app, you need to manage it, and we have a codelab on PowerShell to help with that: Install and use Cloud Tools for PowerShell teaches the use of our PowerShell cmdlets to access and manage GCP resources via PowerShell scripts.

I hope this gives you a good overview of where to start with Windows and .NET codelabs on GCP. We'll be adding more to our dedicated page for Windows and .NET, so be sure to check back regularly.