Every year, thousands of people from around the world visit Moscow’s historic Bolshoi Theatre to see a performance by the world-renowned Bolshoi Ballet, or watch an opera by composers like Rimsky-Korsakov, Tchaikovsky and Prokofiev.

Now, thanks to a new partnership between the Bolshoi Theatre and the Google Cultural Institute, you can take a virtual tour of this iconic building and learn about its rich history through new online exhibitions.

Using Street View technology, you can follow in the footsteps of greats like opera singer Feodor Chaliapin or prima ballerina Maya Plisetskaya. Feel the hairs on your neck rise as you look out from the stage, over the orchestra pit, to the imposing gilded auditorium. Don't forget to look up to see the famous crystal chandelier and painted ceiling.

Navigate your way up through the building’s corridors to the 9th floor rehearsal rooms. And as you tour the richly decorated foyers, zoom in on the magnificent paintings to examine them in minute detail (and see if you can spot the Romanov family crest too.)

New exhibitions, hosted on the Cultural Institute website, help you understand the Bolshoi Theatre’s rich history. View vintage photos from the theatre’s early years (1860-1911). Wonder at the beauty and artistry of the traditional Russian costumes worn in productions between 1942 and 1999. 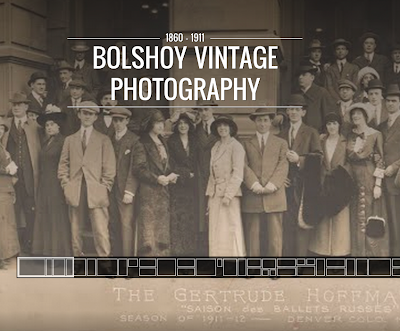 And don’t miss the exhibition dedicated to the outstanding Bolshoi stage designer and artist Fyodor Fedorovsky. As well as creating the beautiful golden curtain that veiled the stage between between 1955 and 2005, his creativity and imagination were responsible for the sets used in some of the Theatre’s best-known productions. Even today, the operas Boris Godunov and The Tsar's Bride are still performed using his original set designs.

Posted by AmitSood, Head of the Google Cultural Institute