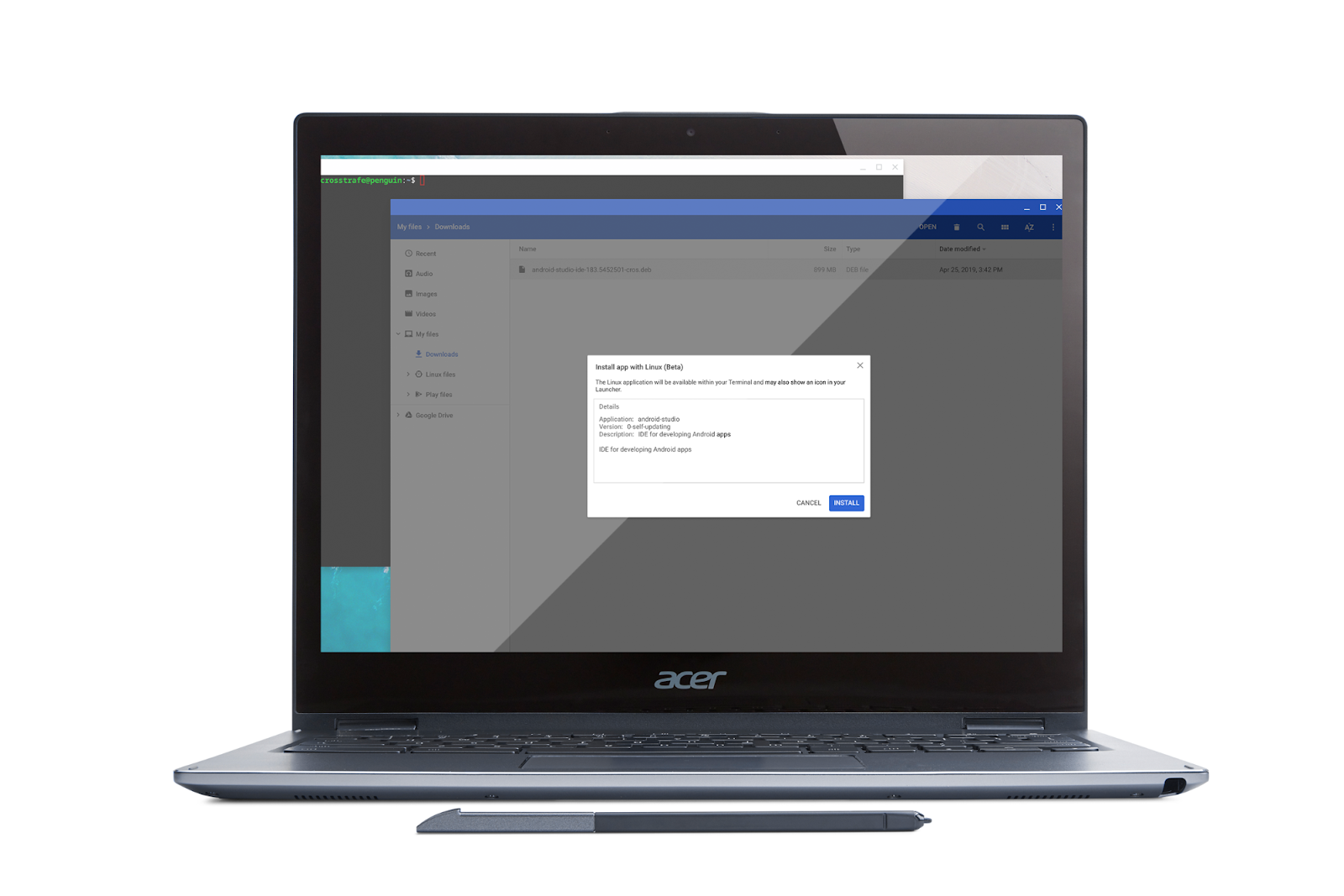 When Google launched Chrome OS nine years ago, we designed every aspect around three core principles: speed, simplicity, and security. Last year at I/O, Google put those principles at developers’ fingertips by implementing Linux support on Chrome OS. This gave developers the increased flexibility of building and running Linux apps combined with the speed and security of working within Chrome OS.

In just the last year, the Chrome OS ecosystem has grown at an incredible rate. Linux support has been rolled out to over half of all Chromebooks. Plus, all devices launched this year will be Linux-ready right out of the box. The combination of Linux and Chrome OS makes for a great web development environment — and we’re making the process even easier for Android development.

At I/O this year, we showed web and Android developers a few of the most exciting improvements that have made Chrome OS an even faster, simpler, and more secure environment than ever. Let’s get into a few of the highlights:

File sharing
Today we announced that it’s much easier to share files between Linux, Android, and Chrome OS. Now you can use the file manager to move your files safely across Chrome OS, Google Drive, Android, and Linux.

Port forwarding
We’ve also made improvements to port forwarding on Chrome OS, making it easier to connect networking services between Linux and Chrome OS. That way, you can run a web server within the Linux container while debugging on the same machine.

Android Studio one-click installation and integrated debugging
Installing Android Studio on Chrome OS used to be a fairly lengthy process. Now, it takes a simple double-click. There’s no need to use a terminal to download, move, and unzip the file — just download it, click, and install.

Now in beta channel with Chrome OS 75, we also enabled secure USB support for Android phones. You can develop, debug, and push your APK to Android phones on any of the Android developer-recommended Chromebooks.

A growing opportunity for Android developers

App developers have to consider a huge range of factors to deliver amazing experiences on every screen size and form factor. In just the last few years, the app experience has evolved far beyond mobile screens. People are using apps across different devices that blur the lines between mobile and desktop — from attaching keyboards to their tablets to using their smartphones to project onto a desktop screen. And no matter what device they’re using, they expect apps to deliver a seamless experience every time.

When you’re building on and for Chrome OS, you’re on a streamlined path to reaching a massive and fast-growing audience of engaged users. In just the last year, the number of monthly active users who enabled Android apps on Chrome OS has grown by 250%.1 And in Q4 2018, 21% of notebooks sold in the U.S. were Chromebooks — a 23% YoY unit sales growth.2

Because millions of Android apps already run on Chrome OS, you can take the same APK and extend your app’s reach to even more consumers with just a few tweaks. Whether they’re building apps with larger screens in mind from the start or optimizing old apps to reach new users, developers behind some of the most popular mobile apps and games have already seen incredible results from Chromebook users.

As people use apps in more unpredictable and inspiring ways, devs are seeing even higher engagement after optimizing for larger screens. Watch the video below to see how Concepts created a larger, more responsive canvas for aspiring digital designers and how BandLab gave musicians a more immersive platform for exploring and composing new music.

It’s never been easier or more secure to develop for the Web and Android on Chrome OS. Between a fast-growing user base, Progressive Web Apps, millions of Android apps, and now, Linux, the potential for developing on and for Chrome OS is only going to keep growing.

Chrome OS delivers the speed and performance app users expect, and it’s now even faster, simpler, and more secure than ever for all developers.

We can’t wait to see the amazing stuff you create with your Chromebooks!